When it comes to respiratory illnesses, there are few studies exploring the link between alcohol consumption and lung health. However, new research from Sweden appears to breathe life into this field: Its findings suggest that moderate alcohol consumption may lower the risk of lung disease in men.

Chronic Obstructive Pulmonary Disease (COPD) is a respiratory illness that restricts airflow into and out of the lungs, making breathing difficult. The illness advances over time, increasingly diminishing pulmonary performance, often with fatal results.

The leading cause of COPD is smoking, followed by asthma and environmental factors. Symptoms of COPD include a cough that produces a lot of mucus, shortness of breath, especially during physical activity, wheezing and chest tightness, according to the U.S. National Library of Medicine. The disease impacts an estimated 16 million people yearly in the U.S. alone. “According to investigators in the Global Burden of Disease Study, COPD was the third leading cause of loss of life in the United States and the fourth leading cause in the United Kingdom in 2016,” the study authors write.

The study, conducted by a team from Sweden’s Karolinska Institute and the U.K.’s University of the West of England, Bristol, and published in the American Journal of Epidemiology, involved over 44,000 men between the ages of 45 to 79. Researchers began tracking the men, starting in 1998, to the moment they were diagnosed with COPD or until the end of 2014. The study took into account the subjects’ health, age, weight, body mass index, level of education, economic class and various other factors. 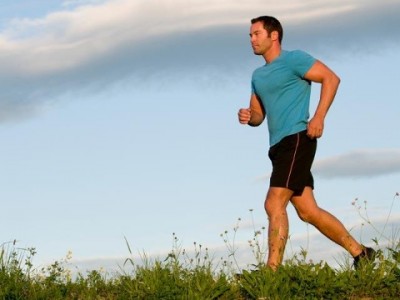 The median age of the participants was 60. Of those, 24.4 percent were smokers, 38.5 percent were ex-smokers, and 35.8 percent had never smoked. Participants were also asked how much they drank per week. The researchers defined 1 standard drink as 12 grams of ethanol, approximately 5 ounces of wine. (That’s slightly lower than the 14 grams defined as a standard glass of wine by the U.S. Office of Disease Prevention and Health Promotion.)

The researchers were careful to make sure they adjusted their results to take into account possible confounding factors. The data revealed that wine drinkers are more likely to have higher incomes as opposed to liquor drinkers, and liquor drinkers are also more likely to be smokers. Also, those who consumed one or more glasses of wine per week tended to have a college education. Income and smoking are both factors that affect health outcomes and the incidence of COPD. However, even after adjusting for these confounding factors, the researchers still found that moderate drinkers had lower risk factors for COPD than non-drinkers and heavy drinkers.

“We can hypothesize that the protective association for moderate alcohol consumption, especially beer and wine consumption, relates to the antioxidant impact of polyphenols present in alcoholic beverages,” the authors write. However, because the researchers had little information on other COPD causes (like chemical fumes, pollution, etc.), aside from smoking, they were not able to conclusively say that moderate drinking alone was the only factor in these positive outcomes. Further research on the antioxidant qualities of wine and beer may help bolster these findings.