Contributed by Richard Woodard
Chardonnay’s chameleon character – the manifold ways in which it changes and adapts to different climates, soil types, and winemaking techniques – is a well-worn cliché. And, like most clichés, it has a great deal of substance to it, responding to everything from the planet’s changing climate to shifting consumer trends.

That much is evident from the Chardonnay Around the World online seminar and tasting, involving winemakers from Burgundy, Washington State, Margaret River, and Walker Bay, and organized by the Washington State Wine Commission. Take Chablis, for instance. “There is a real evolution of the wine style in Chablis,” says Paul Espitalié, general manager and winemaker at Simonnet-Febvre. “Fifty years ago, the wine was a bit acidic and not as rich as it is today. We really have an impact of the weather changing in Chablis – much more balanced wines, much more fruit.” The key to Chablis – that famous Kimmeridgian limestone soil, teeming with fossilized marine life – remains the same, but climate change has brought extra richness and breadth, especially to the Premier and Grand Cru wines.

Here, says Espitalié, the main contrast is between vineyards on the “left bank” (facing south-southeast), and those on the “right bank” with a south-southwest orientation. The former boasts more minerality and acidity, but the latter tends to a greater roundness and structure.

That’s the good news; but the flip side of climate change in Chablis is the devastating spring frosts that have become all too common in recent years, exacerbated by higher temperatures in February and March, which kickstart the growing season and leave vines vulnerable to cold snaps.

Remedies range from the innovative – heating wires on the vines to protect the buds – to the traditional: the Instagram-friendly sight of candles burning in vineyards, or water sprinkling over the vines. In the longer term, says Espitalié, new clonal selections could hold the key, with a quest to find a Chardonnay that will start its production cycle later in the year. “This is the goal today, to change our vines a little bit to adapt our Chardonnay to the climate,” he adds. “And the goal is that they will taste the same.” Clonal selection is one of the keys to the distinctive character of Margaret River Chardonnay and, in this case, there’s a bit of mystery involved. “The baseline of all of our Chardonnays now is our gingin clone,” explains Vasse Felix chief winemaker Virginia Willcock.

According to the Australian Wine Research Institute (AWRI), it’s like nothing else in the world, although Willcock notes similarities to a clone related to Mendoza that traveled from Burgundy to California. “But gingin has somehow become its own thing,” she says, including a slight viral infection that leads to millerandage or ‘hen-and-chicken’: large and small berries in the same bunch. Whatever the science, this clone in combination with Margaret River’s Mediterranean, the maritime-influenced climate is a match that works – but only, says Willcock, when winemakers take a hands-off approach.

“For me, it’s about being consistent, but letting go,” she says. “Do as little as possible without it going bad. Dirty juice, wild yeasts – let the fruit speak to you and tell you who it is, and then you can actually find its place in the wines. Every single tiny block is fermented separately.” The contrasts with Chablis are powerful – thanks to the cooling influence of the Southern Ocean, climate change is not (yet) a factor here, and Willcock says it may lead to cooler, rather than hotter, temperatures; meanwhile, the soils are far from homogenous, with gravel, clay and sandy loams all in the mix.

Washington State terroir is also very different to Chablis, but Sleight of Hand founder and winemaker Trey Busch is candid about the inspiration behind his attitude to Chardonnay. “I love Chablis and if I could make Chablis in Washington, I would,” he says. “That’s really our goal, to get that same expression, that bright acidity.” But this is more about philosophy than the precise copying of flavors. Apart from the warmer climate, the French Creek vineyard where Sleight of Hand sources its Chardonnay has volcanic soils – wind-blown loess, a layer of calcium carbonate-rich ‘caliche’ and basalt bedrock. “That definitely has an impression on the wine,” says Busch. The winemaking, however, shows a Chablis-like restraint, with only old oak used and, more recently, concrete to add texture. But where malolactic fermentation is a must in Chablis, here it’s only partially used – otherwise, says Busch, the wines tend towards being “blowsy and too soft”. 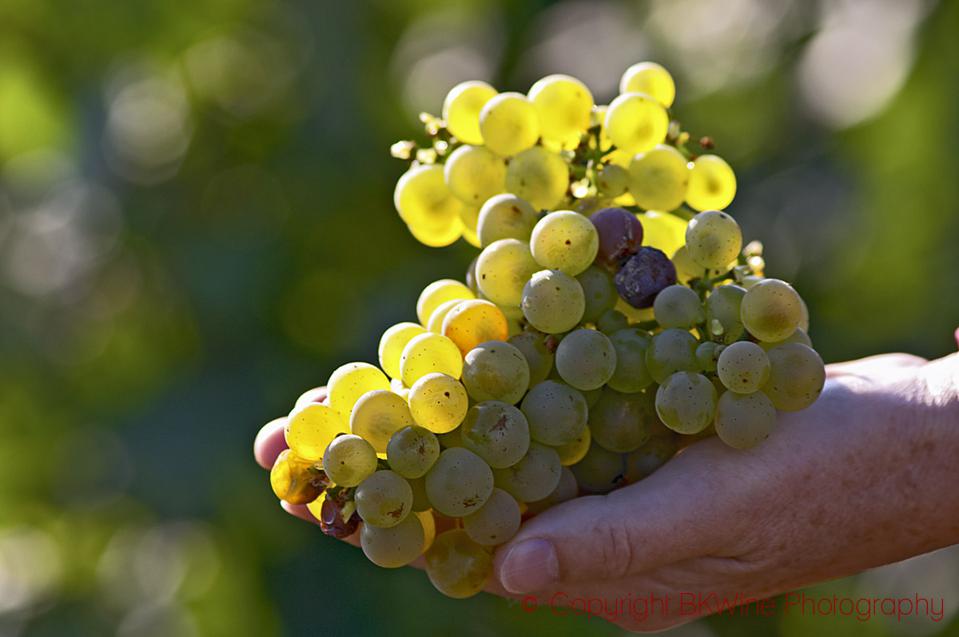 French ex-pat Jean-Claude Martin, co-owner, viticulturist, and cellarmaster at Creation Wines in South Africa’s Hemel-en-Aarde Valley, has some sympathy with his fellow countryman in Chablis. Here, in well over a decade of vintages, he has seen only one that was slightly challenging – the relatively wet 2014, when botrytis levels reached 5%. “My biggest concern would be smoke damage if there was a fire,” he says wryly. Conditions here have some echoes of Margaret River: a cold sea (water temperatures of 12-14C) pushing cool air up the valley, with vineyards at 300m or so above sea level, cold nights and slow ripening. However, there are as many differences as similarities between the Chardonnays grown in Chablis, Washington State, Margaret River, and Walker Bay, in terms of climate, terroir, and winemaking technique. Nonetheless, there is a common philosophical thread that unites them all at a time when supplies of Chardonnay from Burgundy, in general, are challenged.

“Chardonnay [vine] numbers have gone down for all the right reasons,” says Busch. “They were planting Chardonnay everywhere they could plant it just to make it. They really had no intention of what the wine would taste like, whether or not it was the right place to grow the grape. “Thankfully, a lot of those vines have been pulled out, and I think that the producers still making Chardonnay and dedicated to making it is looking for new, exciting places that are going to best show off that grape – rather than just making tanker trucks full of white wine.”

Check out these great Chardonnays (click on the links below for full notes):