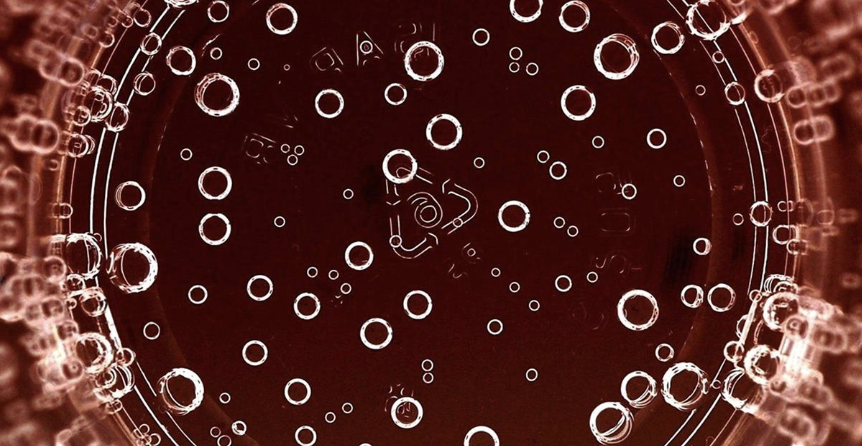 In a lab in the heart of France’s wine country, a group of researchers carefully positions an ultra-high-speed camera. Like many good scientists, they are devoted to the practice of unpicking the universe’s secrets, seeking to describe the material world in the language of mathematics, physics and chemistry. The object of their study: the bubbles in champagne.

Chemical physicist Gérard Liger-Belair, head of the eight-member “Effervescence & Champagne” team at the University of Reims in Champagne-Ardenne, perhaps knows more about champagne bubbles than anyone else on the planet. Starting with his PhD thesis in 2001, Liger-Belair has focused on the effervescent fizz within and above a glass. He has written more than 100 technical papers on the subject, including a 2021 deep dive into champagne and sparkling wines in the Annual Review of Analytical Chemistry and a popular book ( Uncorked: The Science of Champagne). “When I was a kid, I was entranced by blowing and watching soap bubbles,” Liger-Belair recalls. That fascination has persisted, alongside a host of more practical work: There are plenty of good reasons to be interested in bubbles, extending far beyond the pleasures of sparkling wine. Liger-Belair has helped to show which aerosols are thrown up into the sky by tiny bursting bubbles in sea spray, affecting the ocean’s role in cloud formation and climate change. He even helped to determine that some mysterious bright spots in the radar scans of Saturn’s moon Titan could be centimeter-sized nitrogen bubbles popping at the surface of its polar seas. But Liger-Belair has had the pleasure of focusing the last 20 years of his work on the bubbles in champagne and other fizzy drinks, including cola and beer. His lab investigates all the factors that affect bubbles, from the type of cork to wine ingredients to how the drink is poured. They interrogate how these carbon dioxide bubbles affect taste, including the size and number of bubbles and the aromatic compounds kicked up into the air above the glass.

In pursuit of answers, they have turned to gas chromatography and other analytical techniques – and, along the road, have taken some striking photos. Others, too, around the world have turned their gaze on bubbles, even inventing robots to produce a consistent pour and focusing on the psychology of how we enjoy fizz.

Champagne from grapes to glass 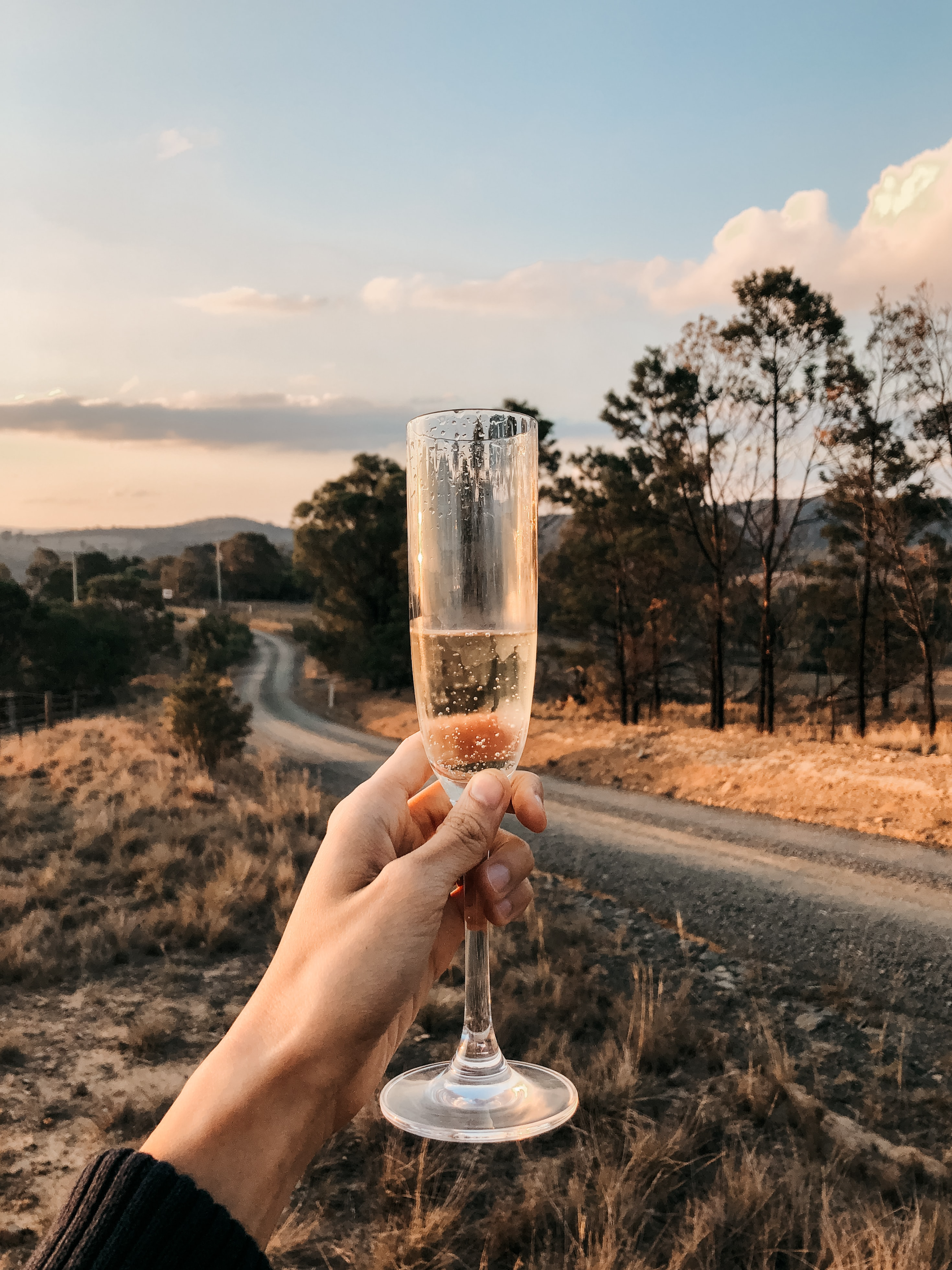 It is often said that Dom Pierre Pérignon, a monk appointed as the cellar master of an abbey in Champagne, France, drank the first-ever accidental sparkling wine and exclaimed: “I am drinking the stars!” This, it turns out, is probably fiction. The earliest sparkler probably came from a different French abbey, and the first scientific paper on the matter came from Englishman Christopher Merret, who presented the idea to the newly minted Royal Society of London in 1662, years before Pérignon got his post. The traditional method of producing champagne involves a first fermentation of grapes to produce a base wine, which is supplemented with cane or beet sugar and yeast and allowed to ferment a second time. The double-fermented wine then sits for at least 15 months (sometimes decades) so that the now-dead yeast cells can modify the wine’s flavor. That dead yeast is removed by freezing it into a plug in the bottle’s neck and popping out the frozen mass, losing some of the gas from the drink along the way. The wine is re-corked, sometimes with additional sugars, and a new equilibrium is established between the air space and the liquid in the bottle that determines the final amount of dissolved carbon dioxide. (There are equations to describe the gas content at each stage, for those curious to see the math.)  The final product’s taste depends a lot, of course, on the starting ingredients. “The grapes are core to the quality of the wine,” says Kenny McMahon, a food scientist who studied sparkling wines at Washington State University before starting his own winery. A lot also depends on how much sugar is added in the final stage. In the Roaring Twenties, the champagnes introduced in the United States were really sweet, McMahon says; modern tastes have changed, and vary from country to country.

But the bubbles are also extremely important: Proteins in the wine, including those from exploded dead yeast cells, stabilize smaller bubbles that make the desired “mousse” foam at the top of a champagne glass and a sharper pop in the mouth. According to Sigfredo Fuentes of the University of Melbourne, now an amateur’s impression of a sparkling wine comes from an unconscious assessment of the bubbles.

“You basically like or not a champagne or sparkling wine by the first reaction, which is visual,” says Fuentes, who researches digital agriculture, food and wine science. This effect is so powerful, they have found that people will highly rate a cheap, still wine that has been made bubbly by blasting it with sound waves just before pouring. People were even willing to pay more for the sonically bubbled wine. “It went, for really bad wine, to 50 bucks,” he laughs. Typically, a bottle needs to hold at least 1.2 grams of CO2 per liter of liquid to give it the desired sparkle and bite from carbonic acid. But there is such a thing as too much: More than 35.5 percent CO 2 in the air within a glass will irritate a drinker’s nose with an unpleasant tingling sensation. The potential for irritation is greater in a flute, where the concentration of CO 2 above the liquid is nearly twice that of a wider, French-style coupe, and lower if poured from a chilled bottle than a lukewarm one. Liger-Belair’s team has found that a good cork (composed of small particles stuck together with a lot of adhesive) will hold the gas in a bottle for at least 70 years; after that, the beverage will be disappointingly flat. Such was the fate that befell champagne bottles found in a shipwreck in 2010 after 170 years underwater. Liger-Belair and his colleague Clara Cilindre received a few precious milliliters of this elixir to study. The wines had some interesting properties, they and colleagues reported in 2015, including an unusually high percentage of iron and copper (possibly from nails in the barrels used to age the wine, or even from pesticides on the grapes). They also had a lot of sugar, and surprisingly little alcohol, perhaps because of a late-in-year fermentation at colder than usual temperatures. While Liger-Belair and Cilindre sadly did not have an opportunity to sip their samples, others who did get a taste described it using terms including “wet hair” and “cheesy.” 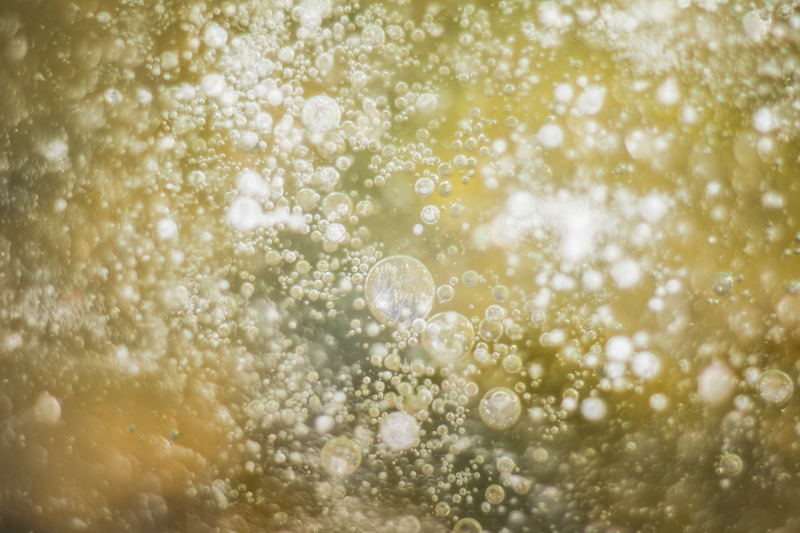 For a more common bottle of fizz, even the method of pouring has an impact on bubbles. If 100 milliliters (about 3.4 fluid ounces) of champagne are poured straight down into a vertical flute, Liger-Belair calculates that the glass will host about a million bubbles. But a gentler “beer pour” down the side of a glass will boost that by tens of thousands. There are “huge losses of dissolved CO2 if done improperly, ”he says. Rough spots inside a glass can also help to nucleate bubbles; some glassmakers etch shapes inside glasses to help this process along. And to avoid introducing bubble-popping surfactants, some people even go to the lengths of washing their glasses without soap, McMahon says.

All the science has “direct implications of how best to serve and taste champagne,” says Liger-Belair. McMahon, too, is confident that the industry has tweaked protocols to line up with the scientific results, although they can’t point to any specific winery that has done so. There are many university departments focused on wine, and there’s a reason for that, they say – their work is finding fruitful, and financially beneficial, applications. Fuentes says he knows that some sparkling wine makers (though they won’t name them) add egg proteins to their wine to make for a small-bubbled foam that can last for up to an hour. Much of this research is done on beer, which is cheaper and faster to make, but it applies to sparkling wine too.) “We can predict the acceptability by different consumers if they’re going to like it or not, and why they’re going to like it,” Fuentes says. That prediction is based on the team’s own datasets of tasters’ reported preferences, along with biometrics including body temperature, heart rate and facial expressions. One way to use this information, he says, would be to pinpoint the optimum time for any sparkling wine to sit with the dead yeast, in order to maximize enjoyment. He expects the system to be commercially available sometime in 2022. Of course, human palates vary – and can be tricked. Many studies have shown that the wine-tasting experience is deeply influenced by psychological expectations determined by the appearance of the wine or setting, from the company one is keeping to room lighting and music. Nevertheless, Liger-Belair has, through decades of experience, formed a personal preference for aged champagnes (which tend to contain less CO 2), poured gently to preserve as many bubbles as possible, at a temperature close to 12 ° Celsius (54 ° Fahrenheit), in a large tulip-shaped glass (more traditionally used for white wines) with generous headspace.

“Since I became a scientist, many people have told me that I seem to have landed the best job in all of physics, since I have built my career around bubbles and I work in a lab stocked with top-notch champagne,” he says . “I’d be inclined to agree.” But his real professional pleasure, he adds, “comes from the fact that I still have the same childlike fascination with bubbles as I did when I was a kid.” That love of bubbles has not yet popped.