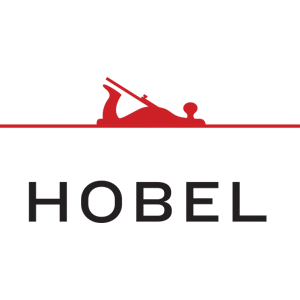 The story of Hobel Wine Works began in 1998, when Cameron Hobel first met friend and winemaker Thomas Rivers Brown in Napa. Cameron was working as the Director of Business Development of a wine auction site and Thomas was working as Assistant Winemaker at Turley Wine Cellars. Their mutual love of great wine led to many shared dinners and glasses of wine, where they discussed the prospect of finding a project that would allow them to work together in producing a world-class wine. The opportunity finally arose eleven years later, with the premier release of the 2009 Hobel Cabernet. This is the TENTH release, the 2018 vintage crafted by Thomas Rivers Brown and will really wow you, it is AMAZING! We also have an INAUGURAL RELEASE with the new “THE BURL” Cabernet Sauvignon in the lineup.

Hobel 2019 Cabernet Sauvignon The Figure Napa Valley
$124.99 net item
FREE SHIPPING on 6 or more – OK to mix with other Hobel wines
Use code HOBEL during checkout

Vinous 98 Points: “The 2019 Cabernet Sauvignon The Figure emerges from a site just across the road from the vineyard that informed early vintages at Hobel. Raspberry jam, blood orange, dried flowers, leather and scorched earth imbue the 2019 with tremendous character and nuance to match is driving personality. The 2019 is flat-out stunning”

Winery Notes: “We have worked with the Pozzan vineyard in Calistoga for six vintages and the 2019 is another step up in quality. The wine is much darker in color and, not surprisingly, the aromas are also of blue and black fruit and dark chocolate. The oak is beautifully integrated adding hints of resin, graphite, toast and coconut. The palate is extremely dense, with hints of ripe blackberries, boysenberries and Persian lavashak, enveloped by dusty fine-grained tannin. This is no doubt the best The Figure to date – a real powerhouse built for age.”

The Vintage: Starting with an abundance of Winter rain, which continued into May, the 2019 growing season was generous without being overly so at the Pozzan Vineyard. 2019 offered a return to a more centerline crop load. Through the perfectly dry summer months, temperatures remained warm, without excessive heat spikes. This consistency continued into the Fall where the fruit was allowed to hang as long as needed to gain full phenological maturity. This generous growing season is particularly advantageous for a rocky, hillside vineyard like Pozzan which typically reaches full maturity towards the end of October. The end result is a fully realized wine that possesses incredible fruit density, complexity and power.

Thomas Rivers Brown: “I might sound like a little bit of a broken record but, once again, the Pozzan vineyard produced fruit a touch better than the year before. Another year of vine age and a consistent growing season without extremes gave this wine an extra punch. Harvested in late October, The Figure is super dense and powerful in 2019 and continues to be the cornerstone for Hobel.

Vinous 98 Points: ” A new wine in this range, the 2019 Cabernet Sauvignon The Birdseye emerges from a block in Larkmead. Deeply layered aromatics meld into a core of black fruit, with hints of gravel, spice and earthy nuances that develop later. The 2019 marries elegance with power. This stylish, complex Cabernet is fabulous.”

Jeb Dunnuck 95+ Points: “The 2019 Cabernet Sauvignon The Birdseye is terrific and certainly well worth seeking out. Coming from the Larkmead Vineyard, it has full-bodied aromas and flavors of red and black fruits, spring flowers, and tobacco leaf as well as good acidity, a pretty, focused, elegant texture, and enough structure to ensure a solid 20 years of longevity.”

Winery Notes: “Brand new to the lineup in 2019 is The Birdseye, from a beautiful block of Phillips Clone Cabernet (bud wood coming from an Oakville vineyard) from Larkmead Vineyards in Calistoga. The Calistoga sites we work with show more of a savory component in the wine and The Birdseye is amplified in this respect. The Birdseye has a bright crimson robe and exudes notes of cedar, walnut husk, cinnamon, bark, chocolate and plums. The medium weight mouthfeel has lots of punch. Bittersweet chocolate, cherries and a hint of leather dance across the palate. Right now, this wine seems to be a bit shy out of the gate but with several hours of air it really blossoms. We cannot wait to see this flesh out in the bottle over the next couple of years.”

The Vintage: The loam and gravel soils at Larkmead benefited well from the abundant Winter rains in 2019, giving the vines everything they needed to maximize nutrient uptake and provide them with abundant groundwater for the growing season. Larkmead is farmed all in-house, so the team there is intimately familiar with each block. Our block in 2019 was planted with a heritage Napa Valley clone sourced from one of the most prestigious sites in the Valley. Over the growing season, the crew worked to dial in the canopy development and cluster count. Going into the Fall, Larkmead showed why it’s some of the most cherished ground in Napa Valley. The vines looked balanced and poised for greatness. This fruit was picked on the night of October 15th and brought to the winery at dawn, where it was processed and transferred to the tank.

Thomas Rivers Brown Winemaker Notes: “We have worked with different blocks at Larkmead for several years now and when this block of Phillips Clone Cabernet became available, we immediately locked it in. Bottled as The Birdseye, it is a great first look at the potential of this block. The wine has complex aromatics of red fruits, tobacco and herbs and the palate continues that theme. We expect time in bottle to benefit this wine greatly, as right now it is a little shy compared to the two other 2019 bottlings.”