Skip to content
The health benefits that have been linked to
drinking alcohol in moderation
By Arielle Tschinkel
from Insider.com 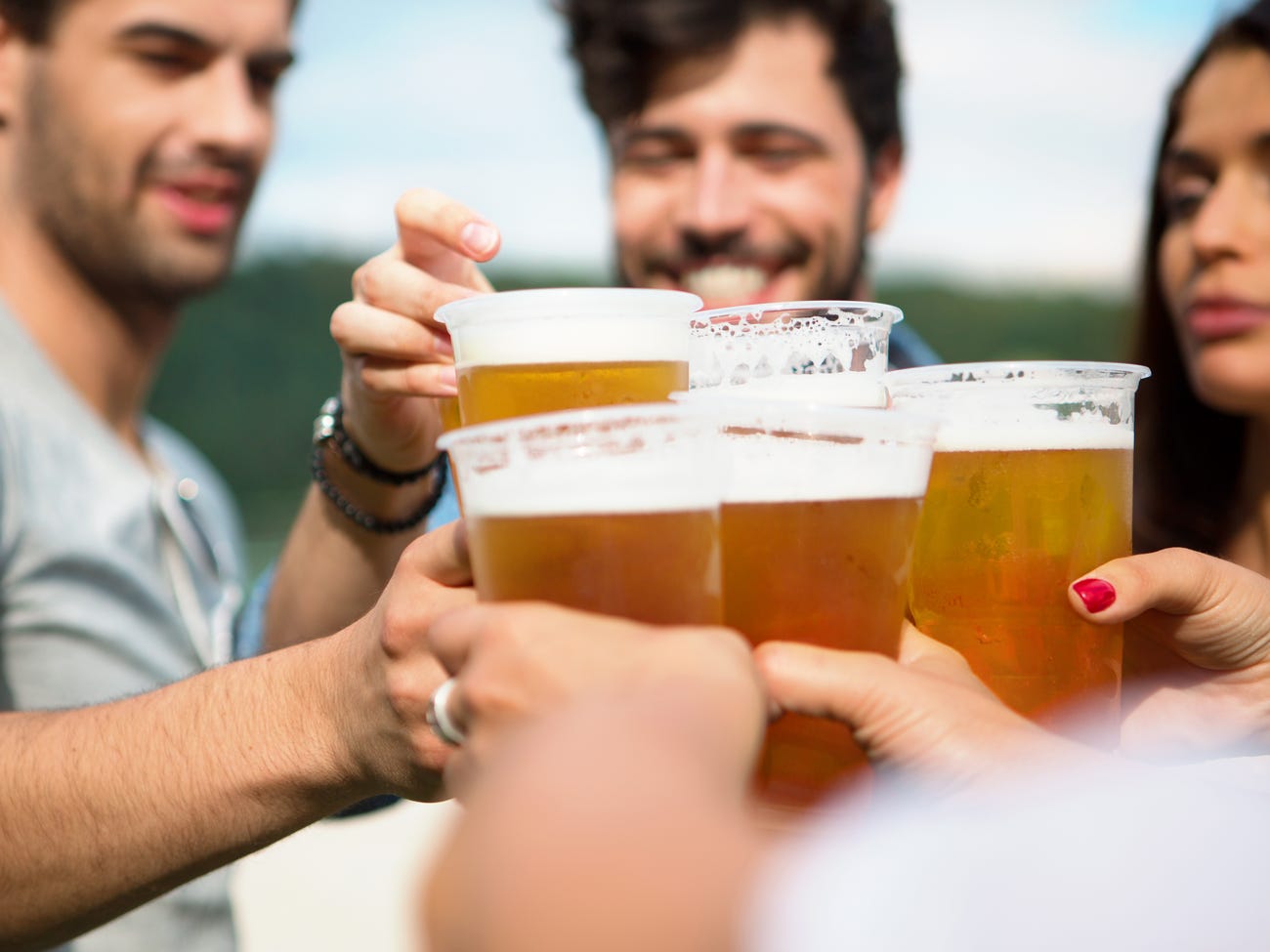 Alcohol plays a prevalent role in many cultures, with many of us toasting to big life moments, enjoying happy hours with coworkers or friends, or simply indulging in a few drinks after a long, stressful day.

Of course, health experts have long cautioned against binge drinking, which roughly equates to consuming five or more drinks for men and four or more drinks for women in about two hours. If you’ve ever overindulged in your favorite drinks, you know that it typically doesn’t feel great the next day, and repeated alcohol abuse can impact your mental and physical health.

But research has also shown that drinking alcohol in moderation can actually be beneficial for your health in some surprising ways.

Here are some of the most interesting ways drinking in moderation can benefit you, so long as you consume it safely and responsibly.

Moderate alcohol consumption can lead to a longer life. 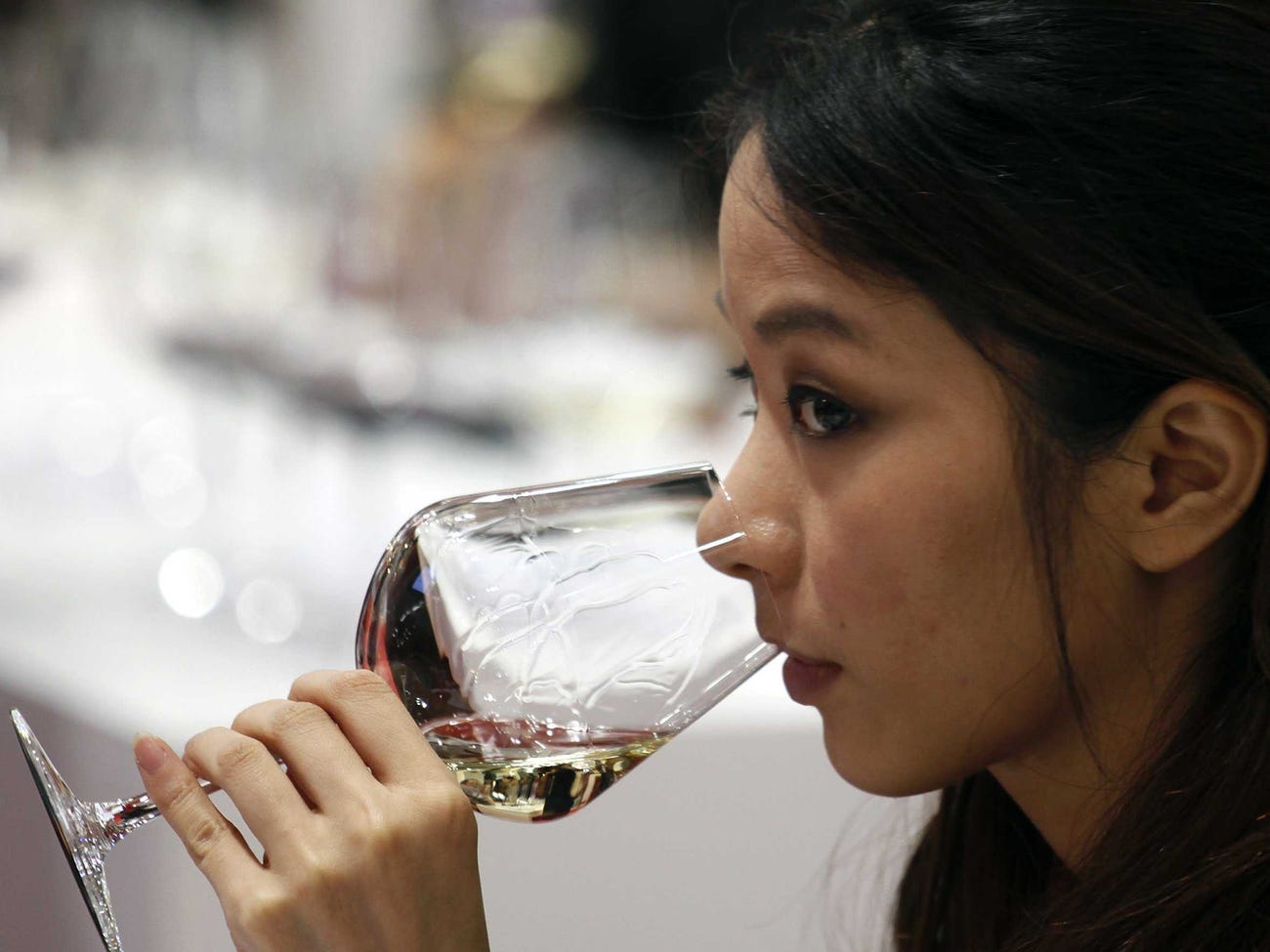 It’s true that drinking to excess can lead to illness and disease, including several types of cancer, brain damage, and liver damage, and it can even shorten your life span. But drinking moderately might actually help you live longer, according to a 2014 study conducted by three universities in Spain.

Researchers followed a small group of Spanish participants over the course of 12 years and found that those who who drank “low amounts of wine spread out over the week” but avoided binge drinking showed a 25% reduced risk of mortality.

Another study from 2017 followed approximately 333,000 adults who drink alcohol and found that those who kept their drinking habits in moderation saw a 21% lower risk of mortality than participants who never drank.

Similarly, a 2018 study, published in the journal PLOS Medicine, has found that people who drink in moderation may be less likely to die early than those who stay away from booze altogether.

It might also reduce your risk of heart failure. 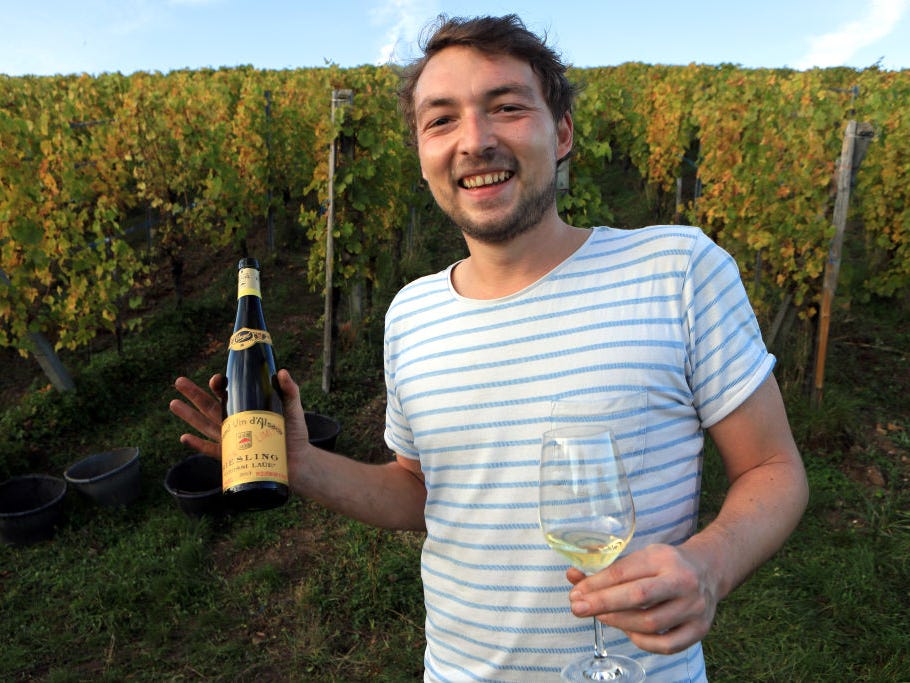 Too much alcohol can cause serious problems for your heart health, but several studies have shown that enjoying a few drinks a week may reduce heart failure risk.

A 2006 study found that light to moderate alcohol consumption “is associated with a lower risk of ischemic stroke,” as well as a reduction in vascular risk in middle-aged people in particular.

A 1999 study found that “moderate drinkers are at lower risk for the most common form of heart disease, coronary artery disease than are either heavier drinkers or abstainers,” due to the “protective effects” of alcohol on the heart linked to blood chemistry and “the prevention of clot formation in arteries that deliver blood to the heart muscle,” leading to a lower risk of coronary disease.

Another study completed between 1980 and 1988 found that the risk of coronary disease and stroke in women was particularly low in those that reported moderate alcohol use among a sample of 87,526 female nurses between the ages of 34 and 59.

Though these findings are promising for those who already have a healthy relationship with alcohol, it’s also important to note that adopting overall healthy lifestyle habits is the surest way to protect your heart.

You might have a reduced risk of type 2 diabetes 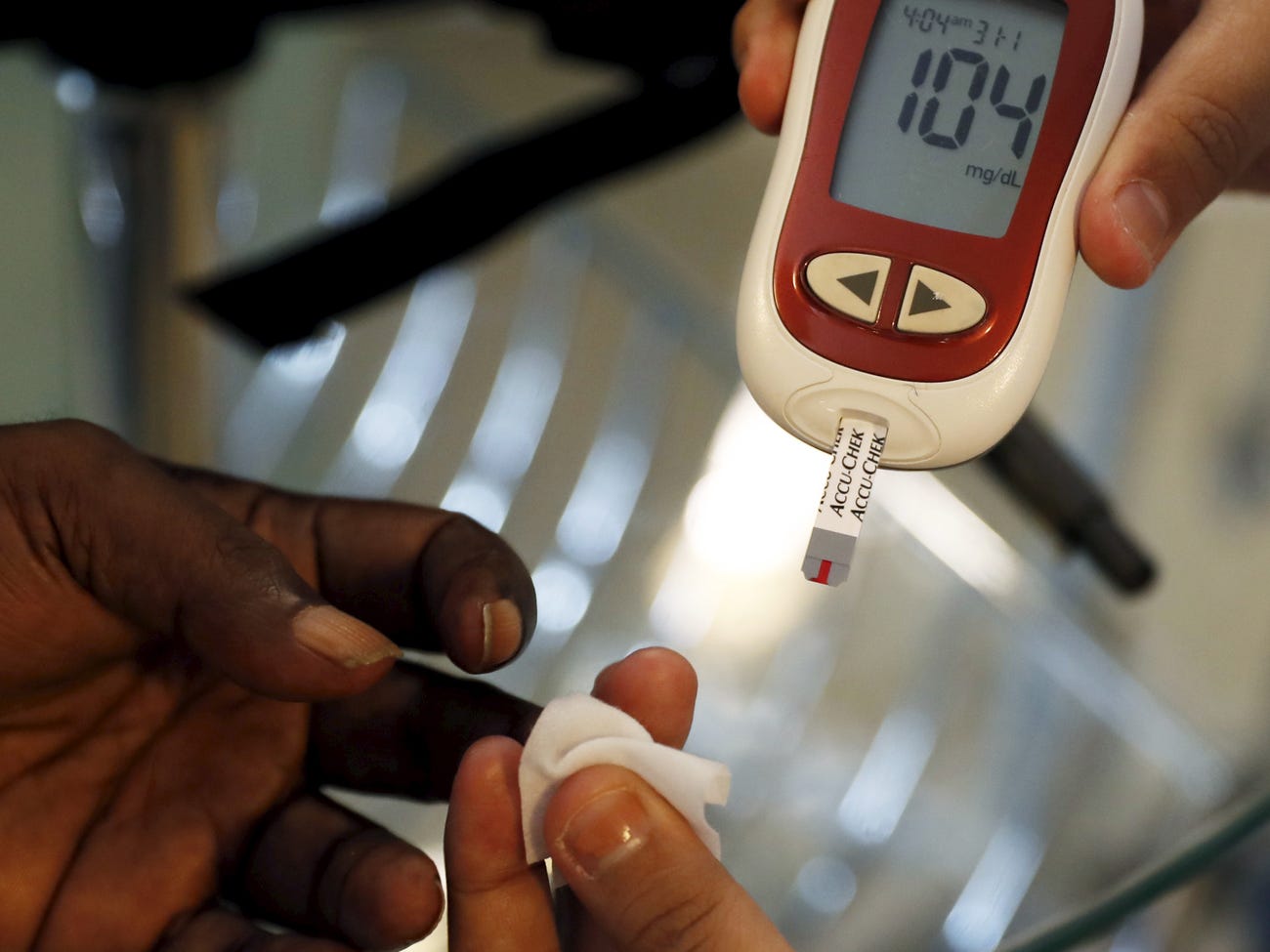 A 2005 analysis published in the journal Diabetes Care noted a “highly significant” reduced risk of type 2 diabetes among moderate alcohol drinkers than heavy drinkers and abstainers, compiling data from 15 different studies, linking healthy lifestyle habits with those who report moderate alcohol use.

“As it stands, we are expecting to see a 37% influx in type 2 diabetes cases around the world by 2030, and though studies have shown no abatement in the risk of type 2 diabetes in those who already drink heavily in their day-to-day lives, there is a notable 30% reduced risk in those that drink in moderation,” cardiologist Robert Segal told Insider. 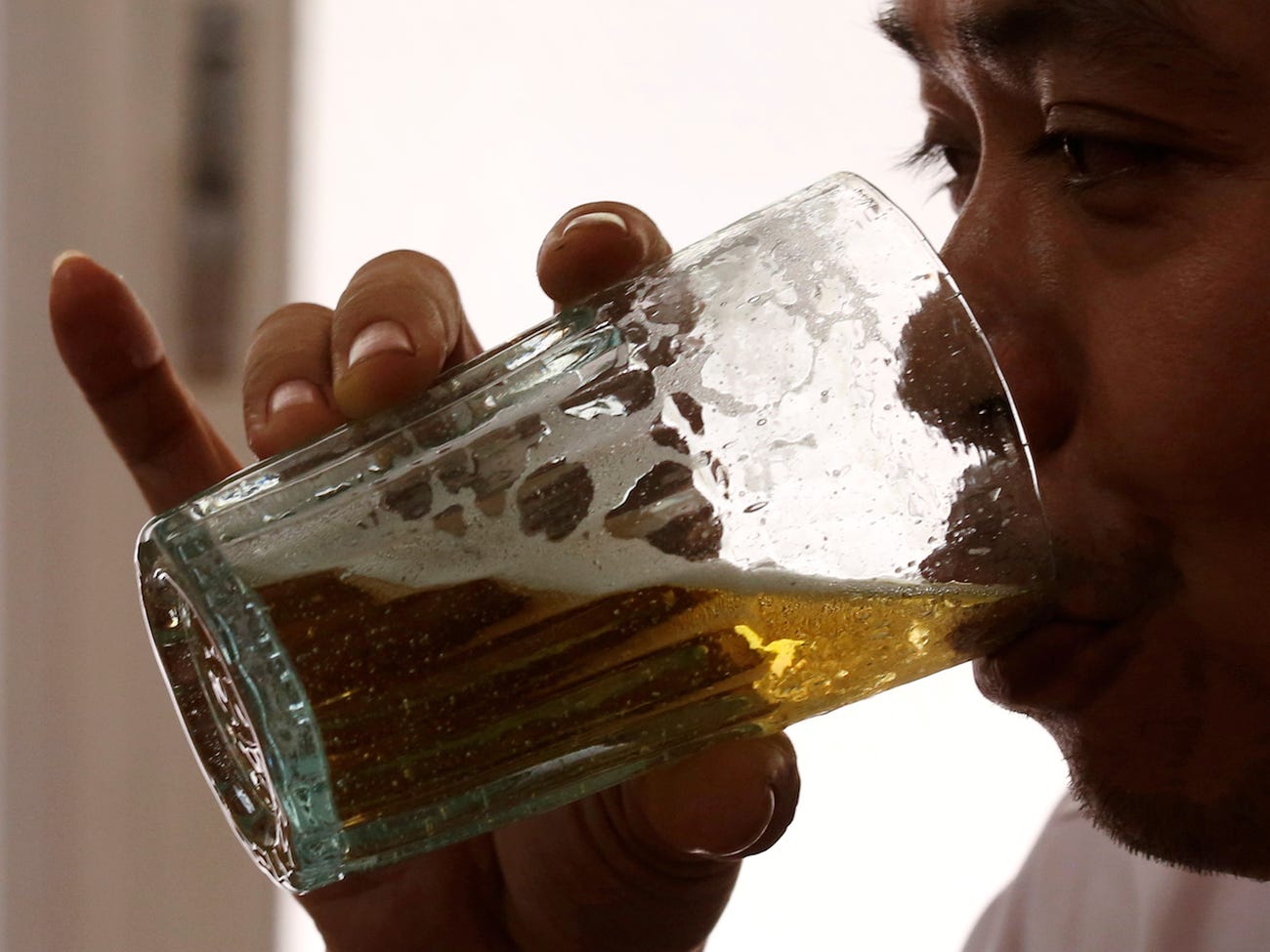 A 2018 study conducted by an Italian fertility clinic and published in the journal Andrology showed that male fertility was highest among participants who consumed four to seven drinks per week compared to those that drank between one and three alcoholic beverages or more than eight.

The sample size was 323 men, so it was a relatively small pool, but it seems to be another reason to stick to a drink per day or so if you’re hoping for optimal fertility.

Drinking in moderation can help prevent the common cold 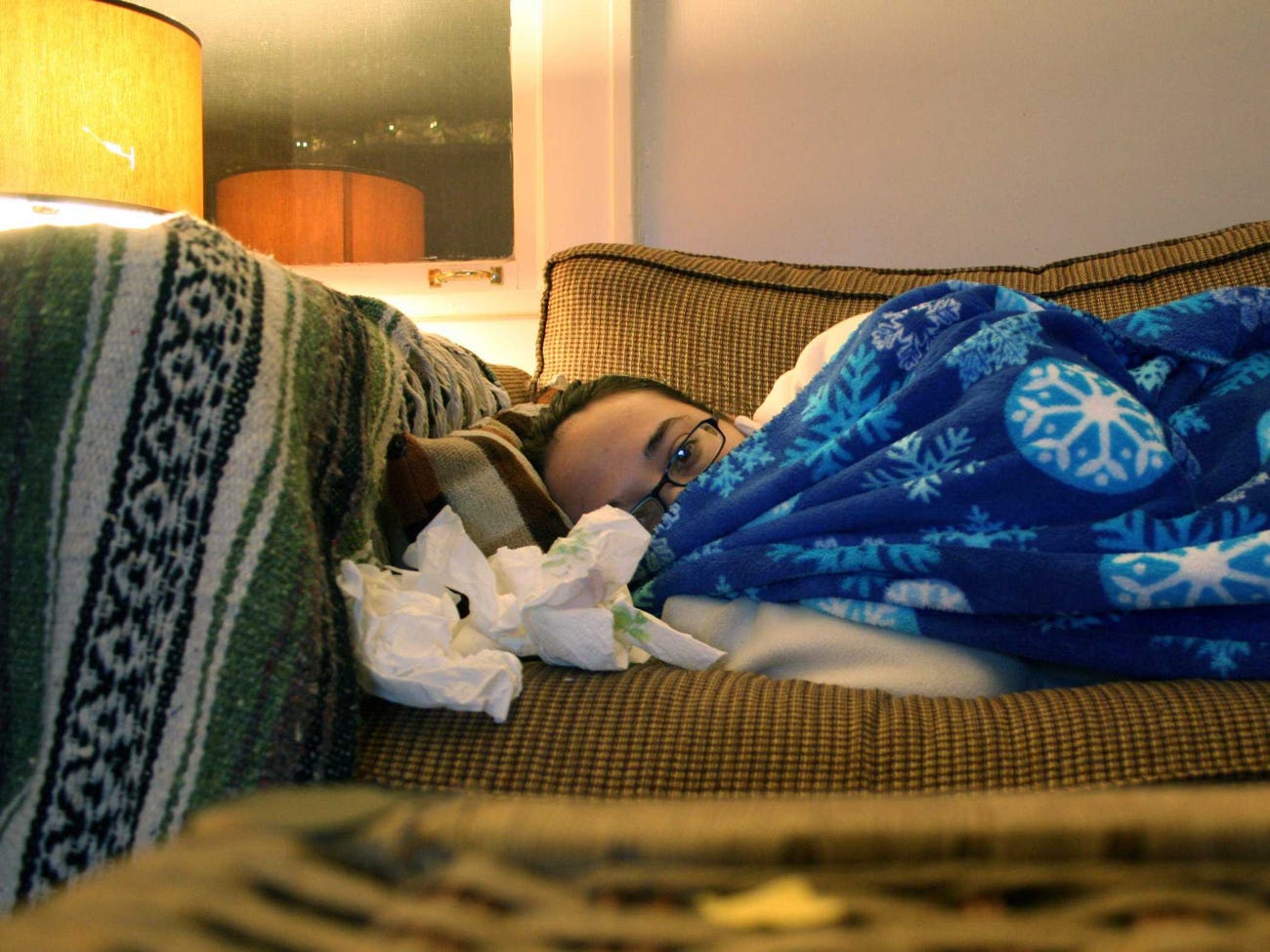 Though too much alcohol can worsen cold symptoms by dehydrating you and potentially interacting with cold medicines, it seems that moderate drinking can help prevent you from catching a cold in the first place.

In a 1993 study by the department of psychology at Carnegie Mellon University, researchers found that moderate alcohol consumption led to a decrease in common cold cases among people who don’t smoke. In 2002, according to the New York Times, Spanish researchers found that by drinking eight to 14 glasses of wine per week (particularly red wine), those who imbibed saw a 60% reduction in the risk of developing a cold, with the scientists crediting the antioxidants found in wine.

“Wine is rich in antioxidants, and these chemicals help prepare your body to combat any free radicals in your system by allowing your body to absorb resveratrol, a key compound that helps keep your immune system in top form,” Segal told Insider. “Regardless of healthy or unhealthy drinking habits, smokers should expect to confront the common cold more easily and with more frequency than those who abstain from nicotine consumption.” 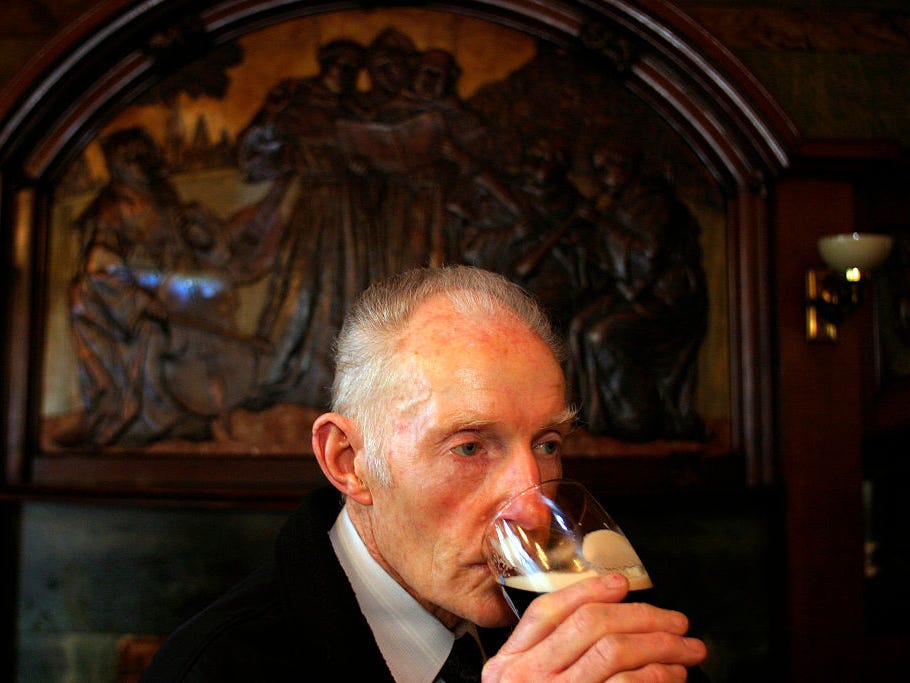 In a series of studies published by the journal Neuropsychiatric Disease and Treatment in 2011 that began in 1977 and included more than 365,000 participants, researchers found that moderate drinkers (those who drank one or two drinks per day) were 23% less likely to develop cognitive impairment or Alzheimer’s disease and other forms of dementia, Science Daily reported.

“Small amounts of alcohol might, in effect, make brain cells more fit. Alcohol in moderate amounts stresses cells and thus toughens them up to cope with major stresses down the road that could cause dementia,” said Edward J. Neafsey, co-author of the study, told Science Daily. “We don’t recommend that nondrinkers start drinking, but moderate drinking — if it is truly moderate — can be beneficial.”

There might also be a reduced risk of gallstones 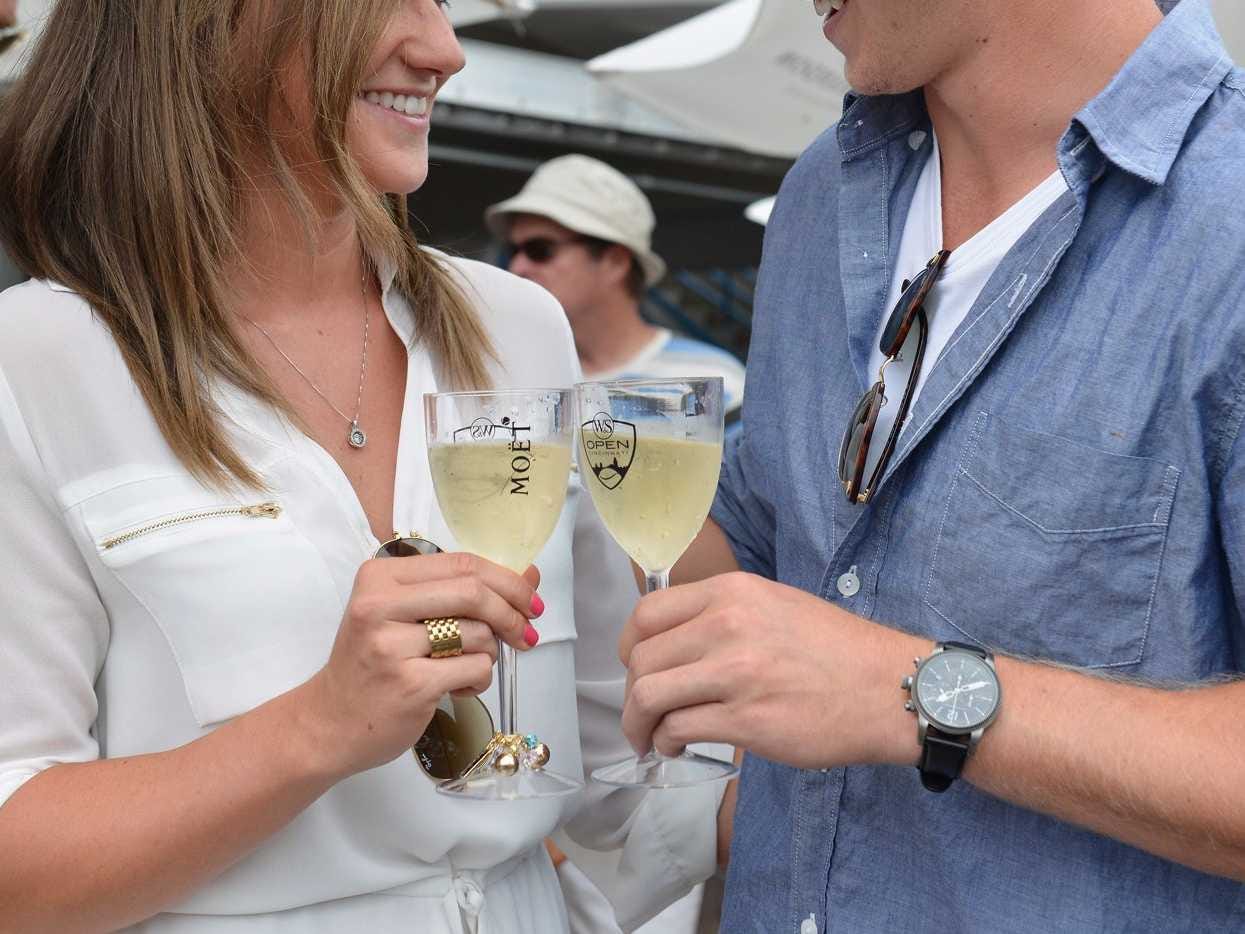 Capping your drinks to two per day might reduce your risk of gallstones by one-third, according to researchers at the University of East Anglia in Norwich, England. The 2009 study found that participants who reported consuming two drinks per day had a one-third reduction in their risk of developing gallstones.

“Researchers emphasized that their findings show the benefits of moderate alcohol intake but stress that excessive alcohol intake can cause health problems,” according to a press release.

The finding was further supported by a 2017 study conducted by researchers at the School of Public Health at Qingdao University in Qingdao, China, who found “alcohol consumption is associated with significantly decreased risk of gallstone disease.”

As for how this happens, Segal told Insider that “consuming moderate amounts of alcohol does help in the production of bile, which keeps gallstones from fully forming.” 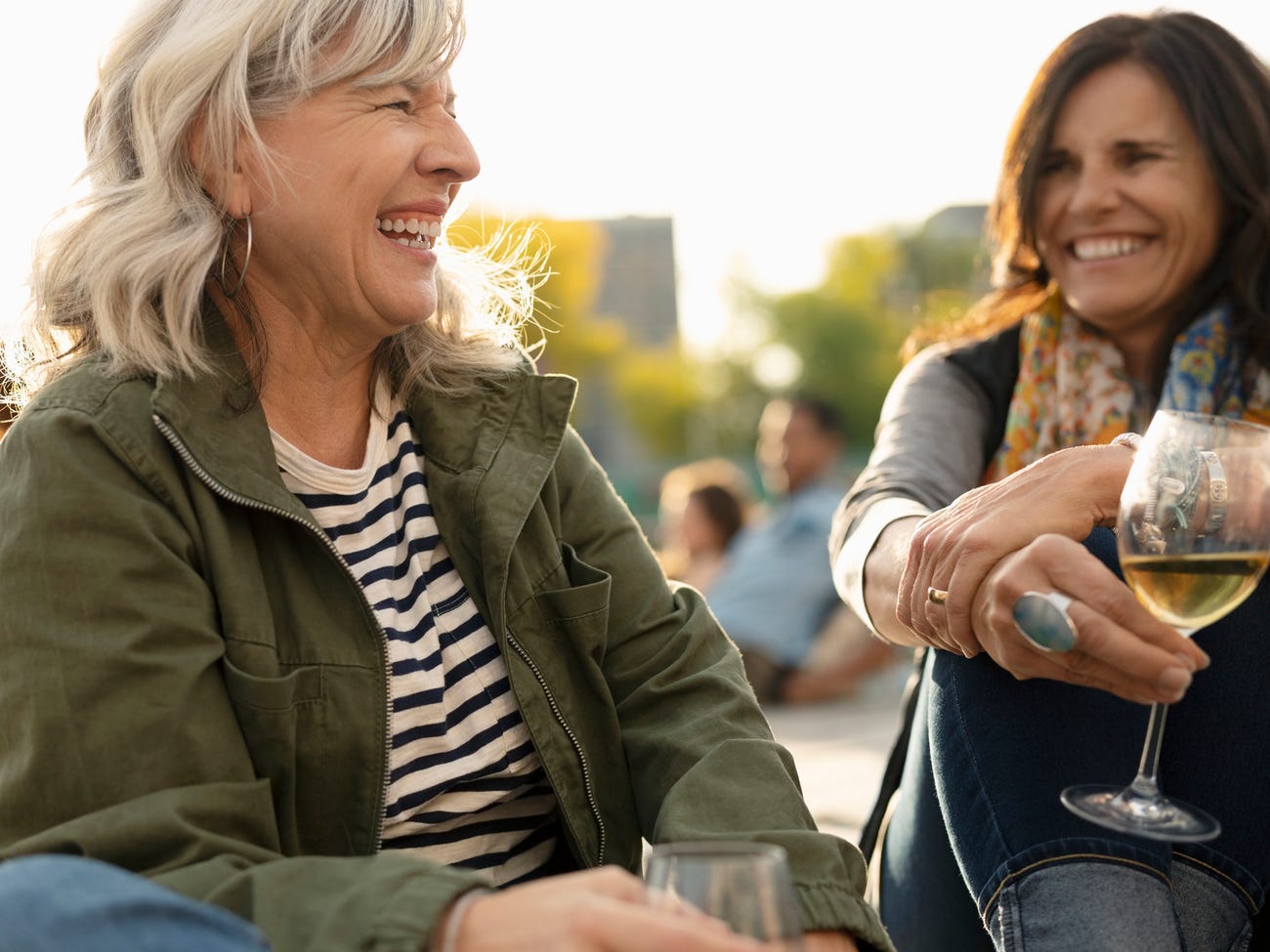 People lose bone mass or density naturally as they age, which can lead to osteoporosis, a disorder in which the bones become fragile or weakened. This is particularly common in postmenopausal women, who are more susceptible to bone disorders due to their naturally smaller bones and hormone changes after menopause.

But a 2012 study published in the Journal of The North American Menopause Society showed that moderate alcohol intake can actually slow down bone loss in women after menopause, potentially leading to a lower risk of developing bone disorders like osteoporosis.

You might also be less likely to develop rheumatoid arthritis 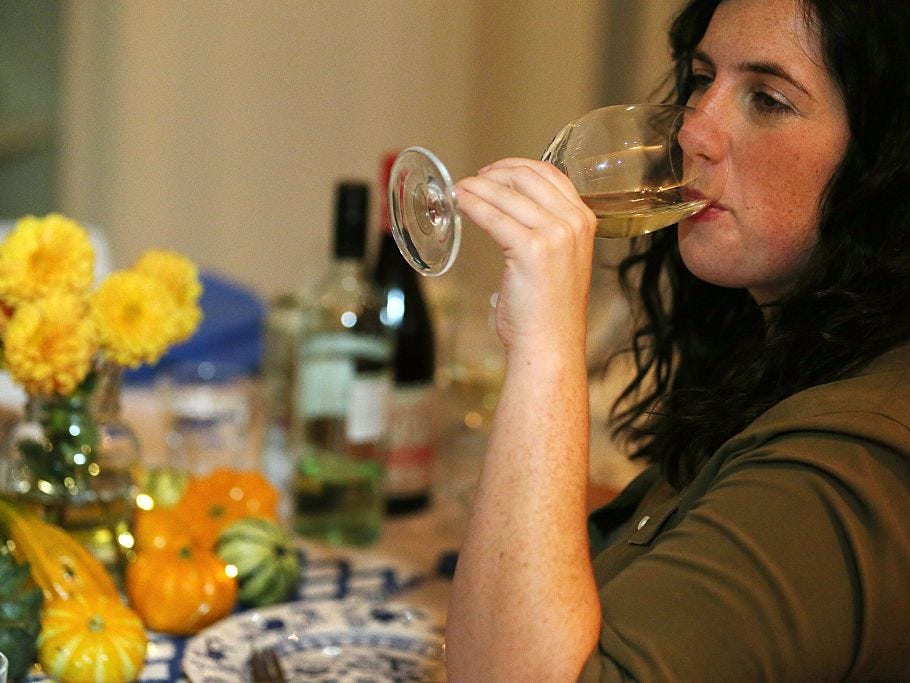 A 2010 study published in the journal Rheumatology showed that people who don’t drink are almost four times more likely to have rheumatoid arthritis than those who have at least one drink three times per week.

Researchers said that’s likely due to alcohol’s anti-inflammatory properties, which can help prevent joints from aching and swelling if drinking is in moderation.

Researchers also found that people with arthritis who drink alcohol in moderation have less severe symptoms, though they noted that heavy drinking can be damaging to those who already suffer from arthritis, as it can exacerbate symptoms and interact with medications.

By drinking moderately, you can reap the nutritional benefits offered by wine and beer

Believe it or not, beer actually has a few nutritional benefits that you can take advantage of if you drink in moderation. By enjoying beer moderately, you’ll enjoy the vitamins, minerals, and proteins it contains.

Meanwhile, wine has iron in it, as well as the aforementioned antioxidant properties.

Of course, a pint of beer shouldn’t take the place of your daily multivitamin, but the occasional drink can be part of an overall balanced diet and lifestyle without impacting your health in a negative way.

You might feel improvements in your mental health, too. 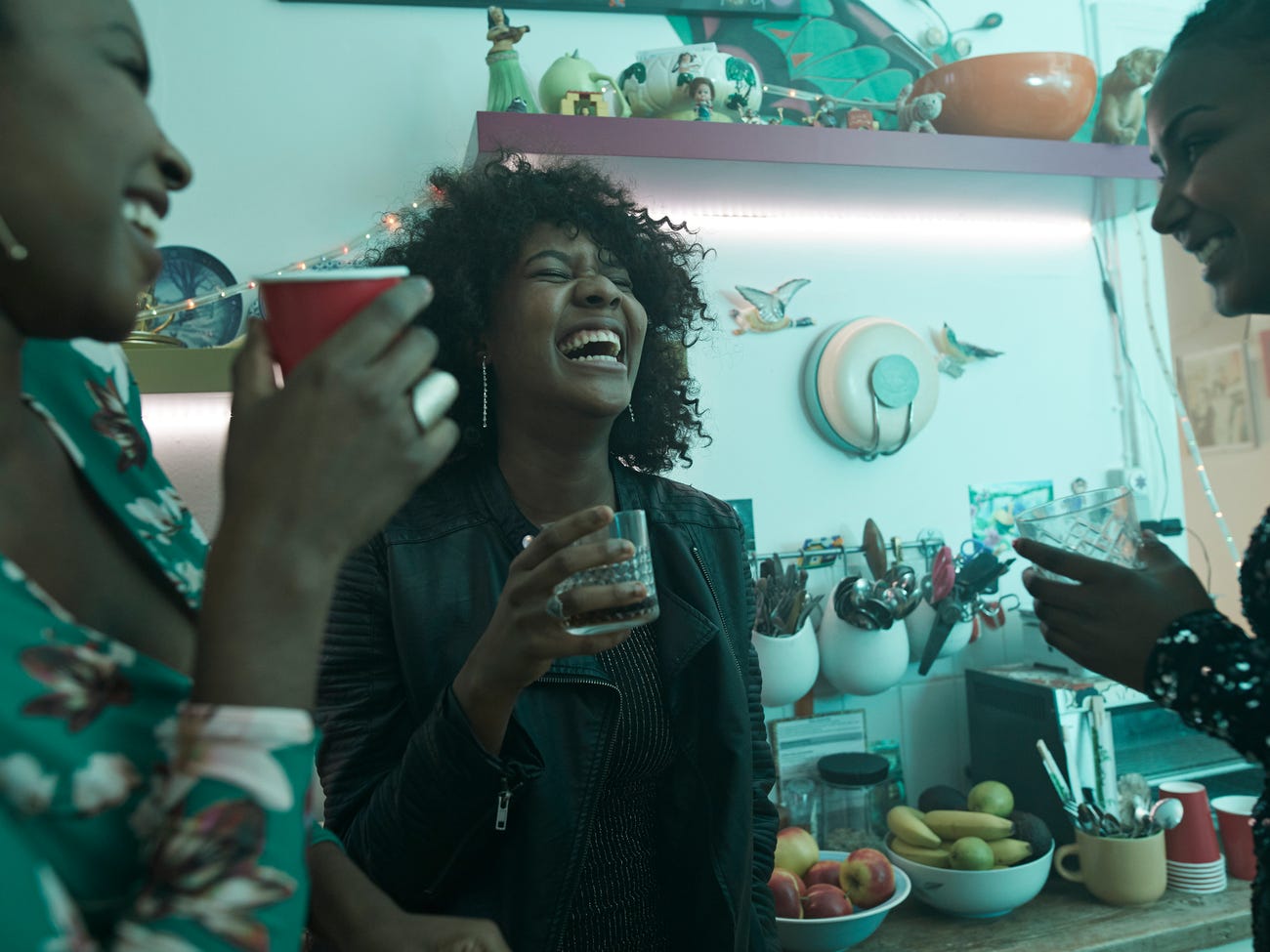 One study found that those who consume low to moderate amounts of alcohol reported an increase in happiness and “pleasant and carefree feelings.” Researchers also found a decrease in “tension, depression and self-consciousness,” saying that “heavy drinkers and abstainers have higher rates of clinical depression than do regular moderate drinkers.”

Though your mental and physical health with respect to alcohol is best discussed with your doctor, the connection between heavy alcohol use and depression is well known, and should not be taken lightly.

If you’re able to maintain a healthy relationship with alcohol and not rely on it as a way to cope with stress, anxiety, or depression, you might find a healthy balance between moderate drinking and your mental health. Check in with your doctor to ensure that alcohol is playing a safe and responsible role in your lifestyle.