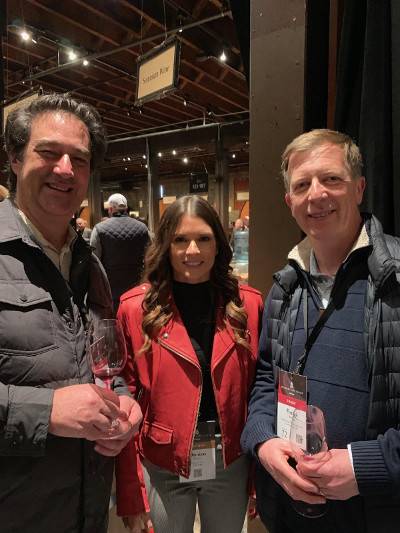 Danica Patrick is best known for her prowess behind the wheel of a racecar. She’s garnered international attention for breaking barriers and succeeding in the male-dominated world of professional motorsports.

Her path to appreciating fine wines, which ultimately led to creating Somnium, took root early on during her days in England where she developed a palate for dry white wines like Sancerre and Chablis. It was also here where Danica learned to cook, first out of necessity as she gravitated towards a healthy lifestyle, and later out of interest and growth as she discovered different indigenous dishes during her worldwide travels to places like New Zealand, Australia and South Africa. Back on domestic soil, Danica’s taste and interest in wine continued to grow as she developed an affinity for red wine. In 2006, while in town for an event at Sonoma Raceway, she experienced the first of many magical moments in Napa Valley as she sipped wine on a Howell Mountain hill top….. and the rest is history.

The Cabernet vineyard sits on the flanks of Howell Mountain at 1300 feet and faces directly towards the southwest and west, which benefits from maximum sun exposure.  The high elevation keeps the vineyard 5 degrees cooler than the valley floor, resulting in a steady growing season and the added benefit of late afternoon sun exposure.  This slope consists of extremely rocky soils and complex micro-climates allowing for velvety soft, yet complex Cabernet Sauvignon.

Winemaker Notes: “Beautiful balance and elegance in the bottle with aromas of black licorice, dark chocolate and toffee with hints of mint and pomegranate.  Dense flavors of cherry, black currant and spice coat the midpalate and offer a layered finish of blackberry, cherry and chocolate with silky tannins.”