It may surprise you to learn that there are several thousand different grape varietals that can be used in making wine. Everyone is familiar with the common grape varietals Cabernet, Zinfandel, Syrah, Merlot, Chardonnay, and so on.  But have you ever heard of Auxerrois, Pressac, or Côt Noir? Actually, these three are all the same grape, you may know it as Malbec. When you visit your local wine store it is, most likely, a varietal you don’t see much of. Because of its intense character, Malbec has historically been used in blends rather than as a single grape wine. But recent years have seen a growing number of wineries producing Malbec on it’s own.

Malbec (pronounced: [mal.bɛk]) is a purple grape that tends to have an inky dark color and robust tannins, and is known as one of the six grapes allowed in the blend of red Bordeaux wine. The French plantations of Malbec are now found primarily in Cahors in South West France. It is increasingly celebrated as an Argentine varietal wine and is being grown around the world. 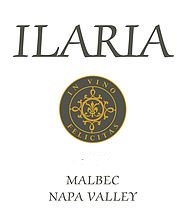 Deep garnet-purple colored, giving way to an intense nose of crème de cassis, blueberry pie and baked cherries with nuances of plum pudding and black stone fruit with a hint of bold espresso. This youngster is full-bodied and jam-packed with generous fruit, it has a built-like-a-brick-house structure and finishes with epic length. This is a wine that will drink well after some decanting, or a year in the cellar.