Croatian winemaking history began around 2200 B.C.; California’s winemaking history started in 1779. All of our vitis vinifera grapes in California came from somewhere else. Pinot Noir and Chardonnay are from Burgundy, Cabernet Sauvignon from Bordeaux, Tempranillo and Albariño from Spain, Barbera and Nebbiolo from Piemonte. But when it came to Zinfandel, for years we thought Zinfandel was “our” grape.

Zinfandel did not have a European connection like the other grapes mentioned above. There were no grapes in Europe named Zinfandel. In the 1970s, Primitivo, from Southern Italy, was thought to be Zinfandel. But, a couple decades later when they finally had the tools to do a DNA test on grapes, it was found that while Zinfandel and Primitivo were genetically identical, Zinfandel did not come from Primitivo. In fact, Primitivo, it was found, was probably introduced to Italy 200 to 300 years ago. But, where did Zinfandel/Primitivo come from?This is where the story gets interesting. We know the origin of Zinfandel because of the hard work of Dr. Meredith, a grapevine geneticist. Today she makes Lagier Meredith wines on Mount Veeder, but for 22 years, she was a professor in the Department of Viticulture and Enology at the UC Davis.During her tenure, she did ground-breaking research on the parentage of grape varieties. Using DNA typing, she and her team identified the lineage of Cabernet Sauvignon (Cabernet Franc and Sauvignon Blanc), Chardonnay (Pinot Noir and Gouais Blanc) and Syrah (Dureza and Mondeuse Blanche). And, of course, she determined the origins of Zinfandel. 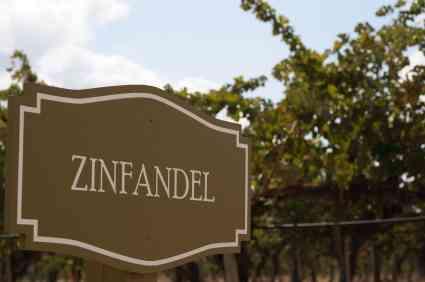 “Learning how grapes are related gives us information for deduction and enables us to dispel many myths,” Meredith explained when I had the privilege to meet her on a recent trip to Napa where she shared the story of Zinfandel.“Zinfandel was thought of as the California grape, but that implied that it had no history,” Meredith said. “It was obviously a European grape but not from France, Italy, Germany, Spain or Portugal. It was from farther east in Europe.”She also noted that because of the large leaves of Zinfandel, it had to be from Southern European, because Northern Europe grapes have smaller leaves. From Puglia, Italy, where Primitivo is from, they looked across the Adriatic to the Dalmatian coast of Croatia.Meredith wanted to apply the DNA tools she had to find the home of Zinfandel. But, she did not know anyone in Croatia. She reached out to winemaker and Croatian vintner Mike Grgich for help.Grgich introduced Meredith to Plavi Mali, the predominant red grape grown on the Dalmatian Coast. Meredith’s research found that Plavic Mali and Zinfandel are similar but are not the same. 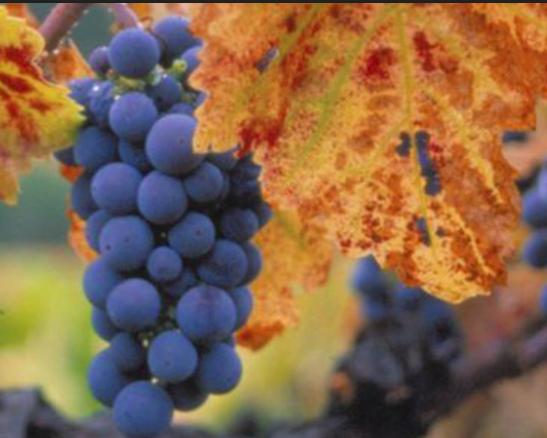 Then, serendipity stepped in. Out of the blue, in the fall of 1997, Ivan Pejic, a plant geneticist from the University of Zagreb in Croatia sent Meredith an email asking for her help. He and his colleague Edi Maletic were asking for her DNA tools to understand indigenous grapes of Croatia. They began to work together. In 2000 they discovered that Plavic Mali is the direct offspring of Zinfandel and Dobričić, an ancient variety from the Adriatic island of Šolta.Further research led them to a vineyard northwest of Split where they found, in one vineyard, nine vines out of 9,000 vines of Crljenak Kaštelanski, also locally known as Kratosija and Pribidrag. The grape was almost extinct and only a handful of vines were left in the entire country.They also found preserved grapevine leaves, called Tribidrag, in a museum in Split. From 1998-2001, they tried to get the DNA out of the dried Tribidrag but with no success. Ten years later, another group was able to get the DNA out of the dried leaves and prove the heritage of Zinfandel.Tribidrag is the ancient name of Zinfandel. A historian traced the grape’s history back to the 1300s where he found that it was one of the most prominent grapes in the entire Adriatic. Tribidrag/Zinfandel is more than 800 years old and, according to Meredith, “it is a noble grape. We should treat it well.”Today, Zinfandel is the third-leading wine grape variety in California, with more than 44,400 acres planted, according to The Wine Institute. It is grown in 45 of California’s 58 counties!Check out these great Zinfandel suggestions:
BELLA 2016 ZINFANDEL “LILY HILL” DRY CREEK
CARLISLE 2016 2016 ZINFANDEL “DUPRATT VINEYARD” MENDOCINO RIDGE
CARLISLE 2016 ZINFANDEL “MONTAFI RANCH” RUSSIAN RIVER VALLEY
CARLISLE 2016 ZINFANDEL PAPERA RANCH, RUSSIAN RIVER VALLEY (98 POINTS)
MIKE & MOLLY 2015 “R.W. MOORE” ZINFANDEL, NAPA VALLEY
HENDRY 2015 ZINFANDEL “BLOCK 7 & 22” NAPA VALLEY
BACIGALUPI 2015 ZINFANDEL “ESTATE” RUSSIAN RIVER VALLEY
BIALE 2016 ZINFANDEL “BLACK CHICKEN” NAPA VALLEY
GB CRANE 2016 DISCIPLES PROPRIETARY RED, NAPA VALLEY (94 POINTS)
BEDROCK 2017 PROPRIETARY RED “HERITAGE”, SONOMA VALLEY (95 POINTS)
GAMBA 2016 ZINFANDEL “STARR ROAD” – RUSSIAN RIVER VALLEY
HARTFORD FAMILY 2017 ZINFANDEL “HARTFORD” RUSSIAN RIVER VALLEY
HENDRY 2015 ZINFANDEL “BLOCK 7 & 22” NAPA VALLEY
LIMERICK LANE 2016 ZINFANDEL “ESTATE” RUSSIAN RIVER VALLEY  (95 POINTS)
MARTINELLI 2015 ZIO TONY PINOT NOIR, RUSSIAN RIVER VALLEY (96 POINTS)