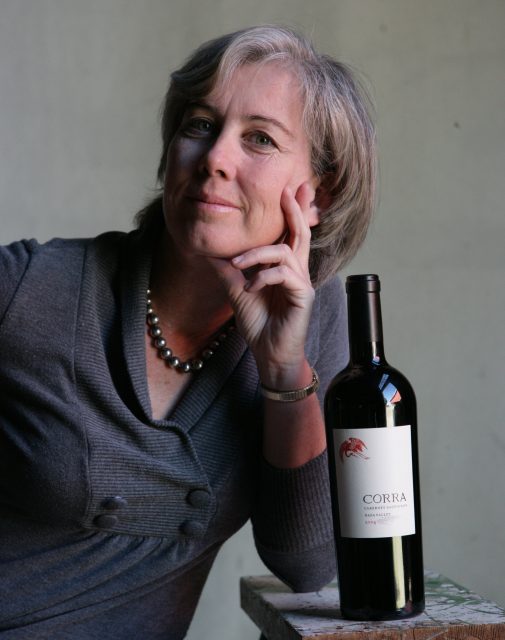 As a child growing up in Oregon, Celia Welch would sit under a giant oak in her back garden picking grapes from their stems for her winemaker father. During high school she dreamed of working as a perfume maker in France, but, after graduating from UC Davis with a degree in fermentation science, she fled to New Zealand and Australia’s Barossa Valley instead to gain valuable winemaking experience before returning to the Napa Valley to work at Silverado Vineyards.

Moving to Robert Pepi winery in the early 90s, she went on to consult for a number of top Napa names during the 90s, including Staglin Family Vineyard. Today Welch is responsible for California ‘cult’ wine Scarecrow. Launched in 2006, Scrarecrow’s debut 2003 vintage, made from old-vine Cabernet grown on a 10-hectare plot in Rutherford, was given 98 points by Robert Parker – a feat only bettered by Screaming Eagle.

A year on, the 2004 vintage sold out in 16 hours. With just 400-800 cases produced annually, depending on the vintage, the wine has a celebrity following and commands healthy hammer prices at auction. In 2004 Welch launched her own label, Corra, named after the Celtic goddess of prophecy, where she makes high-end Cabernet from grapes grown in Rutherford, Oakville and Pritchard Hill.

Keen for her wines to bear the hallmarks of the land from which they came rather than the hand that made them, to retain the vineyard’s personality Welch picks earlier than many in Napa. The wine she’s most proud of so far is the aforementioned Scarecrow 2003. “Even in barrel shortly after fermentation the wine was a knockout. I was tremendously proud that it presented itself with such beauty and complexity on release,” she says. “It’s such a thrill to take an existing vineyard and realise the quality that was there all along.”

FYI:  We stock a wide range of Celia Welch’ wines, but after this article they will be gone quickly!