Prostate cancer is one of the most common forms of cancer in the Western world. Between 15 to 20 percent of men are affected by it at some time in their lives and 2.6 percent die from prostate cancer. That equates to 1,000 deaths a year in Austria. Apart from genetic factors, environmental (epigenetic) risk factors also play a role in the development of prostate cancer: proven factors include e.g. smoking, high sugar intake or high consumption of red meat. An international research team led by Shahrokh Shariat, Head of MedUni Vienna’s Department of Urology, has now conducted a meta-analysis of the risk factor of wine consumption – with a somewhat surprising result: moderate wine consumption does not generally increase the risk significantly. And: drinking a moderate amount of red wine even has a slightly protective effect.According to Shariat, “moderate” means approximately one glass a day. The results demonstrated that the risk is not significantly increased, so long as one takes account of the other risk factors and does not smoke or eat too much sugar or red meat, as Shariat describes in his book “Prostate Cancer: Prevention. Diagnosis. Treatment.” Furthermore, the retrospective analysis of 17 high-quality studies including around 611,000 patients showed that moderate red wine consumption exhibits a slightly protective effect. Says Shariat: “This reduced the risk of developing prostate cancer by around 12 percent, whereas consuming white wine increased it by 26 percent.”Protective polyphenols? 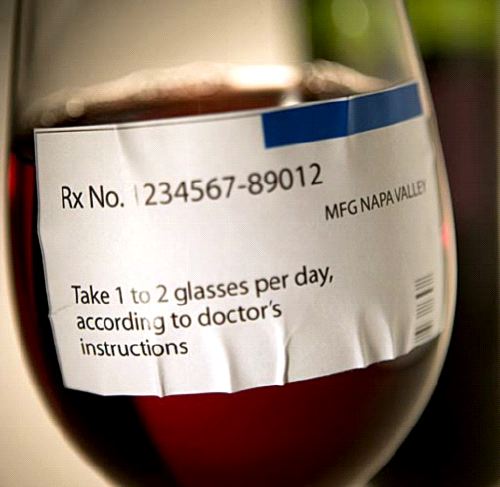 The researchers now want to find out which components of red wine have this protective effect and whether this can also be used therapeutically – for example in high-risk groups. “Indeed, it has already been shown that polyphenols, which are predominantly found in red wine, can have a protective effect in other diseases and other types of cancer,” said the urologist. Red wine contains 10x the amount of polyphenols found in white wine, which might explain the observed results.Furthermore, the European Food Authority has confirmed that polyphenol-rich olive oil helps to protect blood lipids from oxidative stress. Polyphenols have already been shown to have a beneficial effect on platelet aggregation in the arteries and on insulin sensitivity. “Potentially the polyphenols from red wine can be used preventatively. The question is: what can we learn from the results of the study – and how can we use that in science and preventive medicine?”