The Ancient Origins of Beer Geeks and Wine Snobs 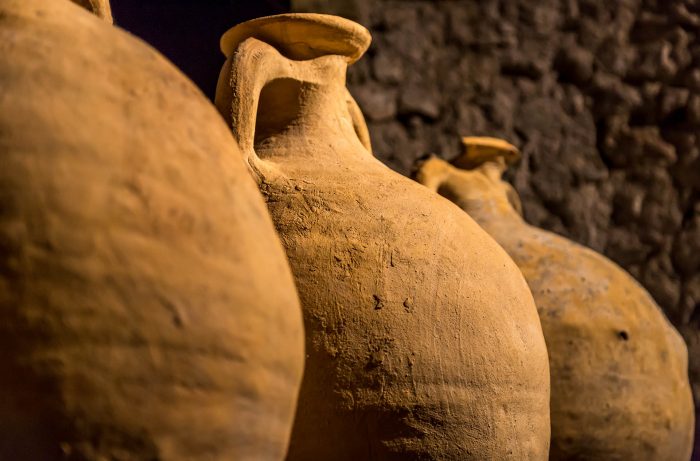 If you’re into wine or beer, you’ve likely come across a few “wine snobs” or “beer geeks.” While they might seem like a modern phenomenon, millennia of evidence proves otherwise. But like everything in history, it depends on where you look.

Take Pliny the Elder, a 1st-century general and author during the Roman Empire. During his military campaigns, he recorded what soldiers from different regions drank the night before battle. It was often beer, according to Travis Rupp, a beer archaeologist who teaches courses on Greek and Roman history at the University of Colorado’s Boulder campus.

“Pliny the Elder writes about beer more than really any other Roman did,” he says. “Though he doesn’t seem to necessarily care for the beverage.”

For instance, Pliny wrote, “From them [that is, cereals] they also make beverages, zythum [beer] in Egypt, caelia [beer] and cerea [beer] in Hispania, cervesia [beer] and many [other] types in Gaul and other provinces… But as for what concerns the drink itself, it is preferable to pass on to a discussion of wine…”

There was no Latin word for “beer,” which is why Pliny used a different term for it depending on where in the world he was seeing it. Many Roman authors also wrote about beer, like Polybius, Diodorus Siculus, Tacitus and Dioscorides, who wrote quite a bit on various cuisines and medical doctrines.

“So, these individuals will mention beer, but they often mentioned it in a very similar frame that Pliny the Elder does, that it’s something that the ‘other’ [drinks],” he says. “True Romans consumed wine, but the ‘other’ consumed beer.”

As Romans conquered different parts of the world, they brought that ideology with them. Pliny wasn’t the first wine snob in antiquity. That Romans looked down upon beer and its drinkers is a concept they got from the Greeks, says Rupp.

Homer, arguably the most famed poet of ancient Greece, demonstrated these attitudes in his epics The Iliad and The Odyssey. There is no agreed upon date as to when Homer lived, but many historians believe he wrote his epic poems in the late eighth century to seventh century B.C.E.

In The Iliad, wine is used to convey privilege. Those who ranked higher in society drank better wine. In The Odyssey, Odysseus uses wine as a tool to escape monsters and other beings not privy to Greece’s drinking culture and the intoxicating effects of alcohol.

Homer’s work provides an important look at culinary culture in ancient Greece, but Rupp argues that he can’t be the only source we look toward as he’s writing from a “very narrow lens…And so, we have to be careful and taking everything at face value that comes that comes from those kind of sources.”

In the fifth century B.C.E., Athens entered a golden age of scientific exploration, philosophy and art. Historians often reference this period to measure the importance of beer versus wine in ancient Greek society, Aristophanes, a comic playwright, being one important source.

There was no Greek word for beer and “they don’t talk much about it,” says Rupp. “It’s one of the reasons why there are sweeping generalizations that have been made that the Greeks simply didn’t drink beer. And it’s because these highfalutin individuals who are writing all this literature aren’t talking about it.”

“When you look at Erotian, in his philosophical anecdotes on Hippocratic philosophy, he actually does mention things that we might consider beer,” says Rupp. “He talks about barley wines and barley juices and things like that, that are being consumed for medicinal purposes.”

Greece fell to Rome in 146 B.C.E., one of several regions it conquered from the end of the third century into the second century B.C.E.

During Rome’s conquest of Spain, Pliny described the “natives prior to Roman influence as being beer drinkers, that they consumed a beer that was very similar to what the Gauls were drinking, which was kind of a hazy wheat beer,” says Rupp.

“We think of Spain today, and we think of a wine culture,” says Rupp. “You’ve got the Rioja region and all these wonderful wines that come from Spain. It seems, according to the archaeobotanical record, that grapes were not widely cultivated in Spain until the Romans arrived.”

Wine came to have strong religious ties in ancient Rome. Constantine I defeated Maxentius at the Battle of Milvian Bridge (312 C.E.), he then later became the ruler of Rome in 324 C.E. He began to transform Rome into a monotheistic institution. With that came greater emphasis on wine.

“Think about Christian religion,” says Rupp. “There’s taking communion and drinking the blood of Christ, and wine started to be equated with that. Where drinking beer was a symbol that you had not converted, and therefore you were the barbarian ‘other.’

This made its way to ancient Egypt (3100 B.C.E.–332 B.C.E.), which had a thriving beer culture and land not well suited for wine production. Affluent individuals in ancient Egypt’s Oxyrhynchus region tried their hand anyway.

“They were growing grapes for wine production, but a lot of that comes in the late period, we’re talking sixth or seventh century [C.E.], maybe as a reaction to what the Romans had already done in the area,” says Rupp.

Eusebius, author of Constantine’s religious biography, wrote about how Egyptians drank beer “before the Lord lived among them,’” says Rupp. “So that beer was a marker of a distant past and of pagan institutions.”

It’s tempting to read ancient Roman, Greek and Egyptian authors, and surmise that beer was not an important part of their culture. But “most of the material is being channeled to us through the lens of the uber elite,” says Rupp.

“So, you have these people that live in the upper echelons of Greek society who are literate, and the vast majority of the population was not,” he says. “In both Greece and ancient Rome, it’s likely that only 1% of the population was literate. And they’re obviously going to be the people that are wealthy and aristocratic. And so that’s the lens that we’re getting this history through.” It’s important to take many different sources into consideration, like medical texts, dramas, art and modern-day science.

“Imagine if we left it up to the upper 1% of our population to write all of our history and everything regarding culinary or alcohol culture,” says Rupp. “It would not be the truth, right?”