The Debate Over Wine Filtration

For some, it’s a way of keeping wine clean and clear. For others, it’s manipulation
Contributed by Roger Morris
Before bottling, Cinzia Merli filters her highly-rated wines from Le Macchiole in the Bolgheri region of Tuscany, Italy. “The filters we use eliminate colloidal substances — that is, significant particles like pectin, tartrates, unstable proteins, and so on that would otherwise cause the wine to be unstable in ways that can be aesthetically displeasing,” she says.

David Ramey makes highly-rated wines at his eponymous Ramey winery in Sonoma County, California, but he does not filter his wines before bottling. “Filtration not only takes out particles, but also solubles — things that affect color, aromas, and tannins.” 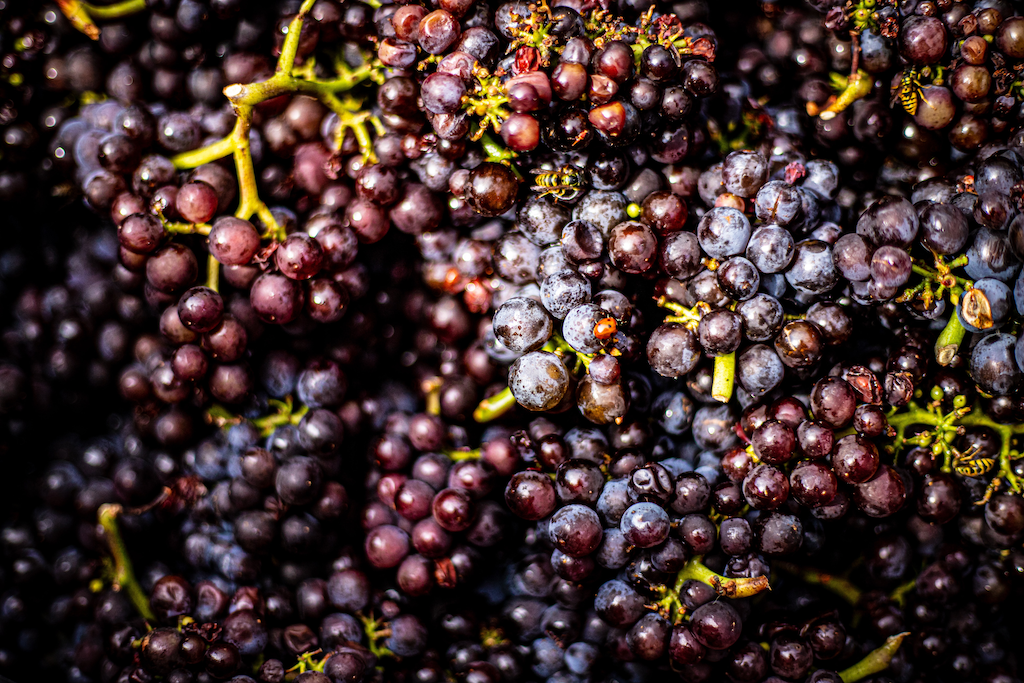 his family-owned Vieux Château Certan in Bordeaux’s Pomerol, France region, and sometimes he filters, and sometimes he doesn’t filter, before bottling. “If it’s clear enough, I won’t filter it,” he says. “If it looks foggy, then I’ll filter. We do something only for a reason. An enologist is a doctor for wine. If nothing forces it, then we let nature go.”

A mostly friendly family feud has been going on for ages between producers who think their wine — especially red wines that have more color pigments and tannins — should be filtered and those who think filtering causes more harm than good. The debate has boiled over in recent years with the popularity of natural winemakers who are adamant that wine should be touched, or manipulated, as little as possible.

The pros and cons

Everyone understands why filtration is used, even if not everyone agrees with doing it.

Filtering is done for a number of reasons, ranging from making the wine brighter, clearer, and cleaner in appearance to removing yeast cells. Left alone, such cells may restart fermentation in the bottle, which could cause an explosive situation. “If there is residual sugar in the bottle, and if the wine has not gone through malolactic fermentation, then the wine will be spritzy, and not the wine that was put into the bottle,” says Todd Graff, general manager at Frank Family Vineyards in Napa Valley, California. 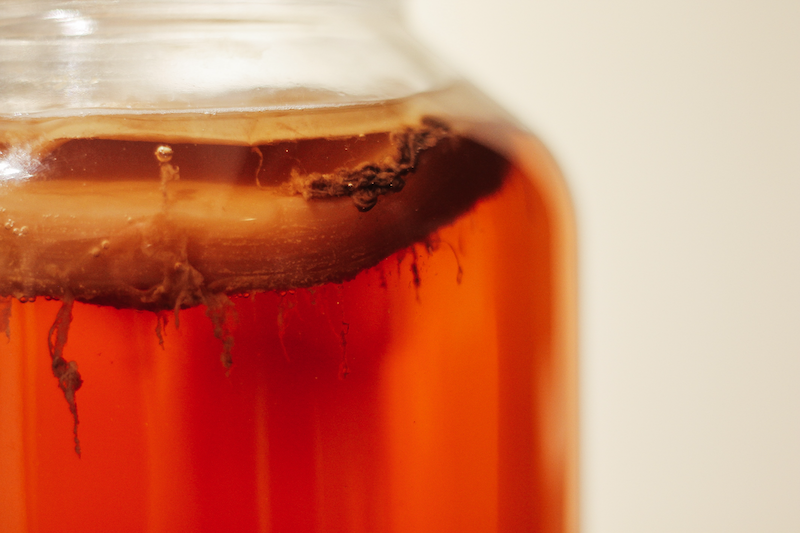 Other reasons for filtering include removing bacteria and spoilage yeasts that may cause unwanted aromas and tastes; one such is Brettanomyces, otherwise known as Brett. Graff argues that in time, wine that has Brett in it may develop barnyard or metallic smells, or the taste of Band-Aids.

Filtering is also done to prevent formation of tartrate crystals on the ends of corks inside the bottle. These are harmless, but sometimes confusing to uninitiated customers.

The anti-filtering forces see these arguments as pure scare tactics. They claim filtering also does harmful things to the wine, such as rob it of complex aromas and tastes — even its color — while preventing wine from reaching its full aging potential. Besides, they say, wine can be made clean and clear by using other methods.

How filtering is done

Filtering technology is complex and varied, but essentially the process may involve three steps. The first is the removal of solids such as bits of skin and pulp. Then comes the removal of yeasts and bacteria, and finally, micro-filtration to polish the wines. This is done by passing wine through various substances, often forcefully, much like filtering coffee or straining a broth.

“Simply, filtering strips the flavors and complexity out of wines,” says Samra Morris, winemaker at Alma Rose in California’s Central Coast. “I’ve tasted the same wine before and after filtering, and it’s easy to tell the difference.” Indeed, many winemakers use the mantra, “Filtering rips the guts out of red wine.” 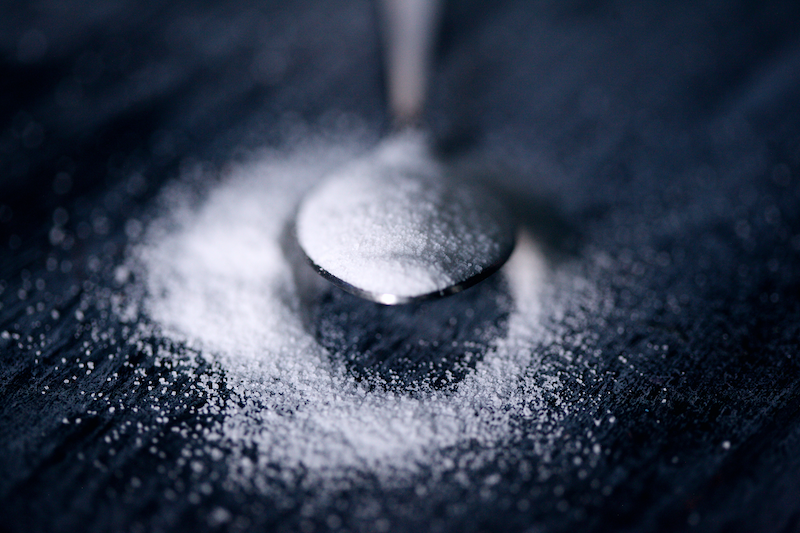 Morris and others argue that fine wine made with hands-on attention doesn’t need filtration, as the same results can be achieved by maintaining antiseptically clean cellars, being sure fermentation has converted all sugar into alcohol, and using traditional methods of clarification such as racking, or draining wine off the particles called lees that fall to the bottom as wine lies in barrels. Others argue for fining, where an agent like egg white is dropped into the wine. When it’s removed, it takes all the unwanted particles with it.

“I use a traditional method — and traditional by the way means experimentation that has worked — of using egg whites for fining red wine in the barrel,” Ramey says, explaining that this clarifies the wine and smooths it out. “The clarified wine is then removed to another barrel — a process called racking that may occur multiple times.”

There are debates even here, as some winemakers who dislike filtration also dislike fining, and sometimes a wine label will carry the message that it’s unfiltered and unfined. Morris is one of those. “I don’t fine,” she says, “but I do a lot of racking, even though you lose a lot of wine that way.” Another voice in this conversation is that of vegans, who demand wines with no animal products, which exclude wines using egg white or isinglass, fish-derived gelatin, either in filtering or fining.
Even most enemies of filtration understand filtering is an economic necessity for the production of high-volume, perfectly acceptable wines at low prices where producers can’t afford the time and labor costs. And that some grape varieties, such as Syrah, will throw more sediment than others, such as Pinot Noir.

What to do with sediment

As unfiltered Syrah or Cabernet Sauvignon may deposit sediment on the sides of older bottles, what should a wine drinker at home or in a restaurant do? Pour the wine and drink the sediment?

Jeff Harding, wine director at Waverly Inn in New York City, says decanting is the answer and that, “The best thing for decanting is letting the bottle sit upright for 24 hours or so,” which lets the sludge make its way to the bottom. “In a restaurant that’s not always possible,” he says. “So we often resort to decanting on the spot, hopefully keeping the wine steady in its side position while we open it — although that’s not always possible — and using the shoulder of the bottle to stop most of the sediment. If it’s really bad, I’ve often used cheesecloth” to strain it. 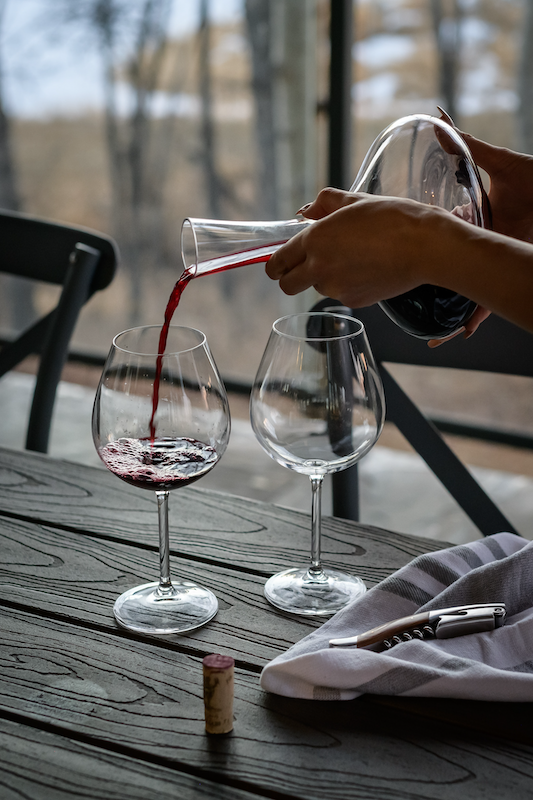 Doug Frost, beverage director at the Restaurant at 1900 in Kansas City, Kansas, adds, “I think most customers buying older wines are more or less familiar with the process of decanting and might even show disappointment if we didn’t decant the wine, even if they’re not completely sure what the sediment is or why they might not want to drink it.”

For most wine drinkers, however, these winemakers’ arguments are a little like parents arguing over how best to raise their children. Unless there is some message on the back or front label about filtration or unless tartrate crystals are on the cork or there is sludge on the inside of an old bottle of red, no one is likely to know which school of wine-rearing the producer was following — just know they were making choices to produce the best wines possible.