THE MARRIAGE OF APOLLO AND DIONYSUS 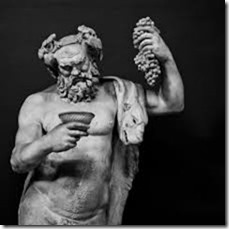 The practice of focusing special attention on an object or performance because of the way its form expresses meaning seems to be present in all cultures and extends deeply into human history. We can see the emergence of a naïve artistic sensibility in the way children include imitation in their play. We seem to take special delight in forming representations that help us articulate our subjective experiences and making them available to others by imposing form on them. We see the products of our imaginations as mere appearances subject to our will; we dream but we’re aware of them as dreams and that frees us from the constraints of the real. In art, we enjoy contemplating these experiences and making them our own by giving them shape and measure through skillful manipulation.

The 19th Century German philosopher Friedrich Nietzsche called this motivation for creating art Apollinian in honor of the Greek God Apollo, the sun God, the God of light, reason, individuation, measure, and balance.

If the fundamental motivation of art is to provide Apollinian representations of our subjective states, wine does not appear to be an art. Although wine can represent the stylistic intentions of the winemaker, it is also about the character of the vineyard, region, climate, and vintage. Wine is not a representation of an internal psychological state and it is anything but controlled and measured. No cool, aloof geometry, wine is subject to the whims of nature and the unpredictability of its evolution.

But Nietzsche argued that delight in Apollinian representations is not the only motivation for creating art. Art merges the Apollinian with the Dionysian, the latter tendency named in honor of the God of intoxication, whereby we abandon our individuality so as to reaffirm the union between humanity and celebrate the reconciliation with nature. Drunkenness, madness, enthusiasm, and ecstasy are Dionysian. Music is the most Dionysian of the arts since it appeals to our instincts and chaotic emotions that don’t always recognize the boundary between appearance and reality.

But with this merging of the Apollinian and the Dionysian, wine as art comes into view. It’s not only the alcohol in wine that is intoxicating. The uncertainty and unpredictability of nature, the merging of self with nature as we take wine into our bodies, the performance of wine’s many rituals in an atmosphere of conviviality, the capacity of wine to evolve and disrupt any identity we impose on it—these are Dionysian tendencies that meld with but unsettle our analytical tasting regimes and scientific analyses.

Nietzsche argued that these two tendencies “burst forth from nature herself, without the mediation of the human artist.” We find ourselves imagining, talking, representing but also engaging in rituals which Nietzsche thought of as a form of intoxication. When these tendencies come together and collaborate as they do in the wine world, art exists and we begin to represent both our world & our experience, not as private fantasies but as a companion to subjectivity, as something that seduces subjectivity but is not reducible to it, a cultural force that enlivens subjectivity because it can’t be captured by it. In wine, it is not subjectivity that becomes articulate but nature itself that learns to speak human.