Skip to content
TASTING THE BASS: THE WINE/MUSIC CONNECTION
Contributed by Dwight Furrow
in Food and Wine Aesthetics

The music you’re listening to really does influence how you perceive wine. 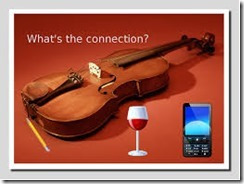 I recently came across Jo Burzynska’s work on the influence of music on perceptions of wine. She wrote her PH.D  dissertation on the topic. Her published research includes this paper,  which investigates the effects of lower frequency sound on the perceived weight and body of a New Zealand Pinot and a Spanish Garnacha. The study also measured the influence of pitch on aromatic intensity and the perception of acidity as well.

50 participants were included, a mix of novices and experts, and consumers who drink a lot of wine and low frequency wine consumers as well.

This study is interesting because the stimulus was  a pure sine wave rather than music, thus isolating the role that frequency plays in shaping the perception of the body.

Oddly, the low-frequency tone  had no effect on the perception of body for the Garnacha or on the aromatic intensity of the Pinot Noir.
Acidity was rated higher with the higher frequency wave in both wines but only by those with high wine familiarity. 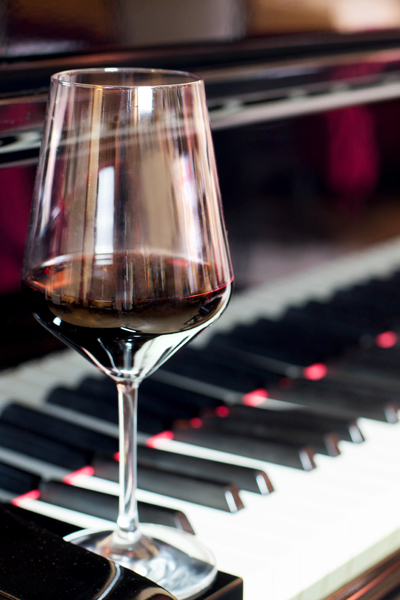 The Garnacha exhibited more chocolate aromas than the Pinot Noir. There is some evidence from empirical studies that chocolate is associated with low frequencies. Perhaps the congruence between the chocolate aroma and low frequencies enhanced the perceived aromatic intensity of the Garnacha. The assumption here is that the Pinot Noir lacked aromas congruent with low frequencies. This explanation coheres with my own observations matching music and wine. Chocolate and other oak-derived aromas and dark fruit notes are enhanced by the intensity of low-pitched instruments. The Pinot Noir’s hi-toned minerality, floral notes and tense acidity, on the other hand, would not be influenced by the bass notes.

The reason why the bass notes influenced the body of the Pinot but not the Garnacha is less apparent.

The author’s also suggest that perhaps the fact that the Pinot Noir was better liked or perceived as more exciting than the Garnacha mediated the interaction of the sound wave and the wine.

In my experience, the complexity argument has more plausibility. But I don’t think it’s simply a matter of being less distracted  by a more complex wine.

As I argue in Beauty and the Yeast, the body of a wine is not a simple perception but includes weight, viscosity, concentration, and shape. More importantly, the perceived body of a wine changes through its evolution on the palate. Higher quality wines have more movement; lower quality wines tend to be static and linear. Wines with a complex evolution have more “handles” or inflection points that allow mediation by auditory signals. I suspect the activity of the Pinot Noir made the influence of the bass tone more apparent.

At any rate, the evidence for cross modal correspondences between music and wine is growing. The question is why this matters—the topic of a future post.