Skip to content
WHAT DO WE MEAN BY THE “BODY” OF A WINE?
By Dwight Furrow
in Food and Wine Aesthetics 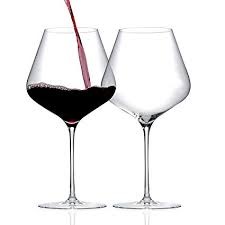 It is routine in tasting notes and discussions about wine to refer to a wine’s body. But what exactly do we mean by that? Of course “body” refers to the wine’s mouthfeel and thus is an evaluation of tactile sensations in the mouth.  But what, specifically, are the elements of the body.

The most common definition is that the body of a wine consists of the perception of weight, volume, or viscosity. Concentration is also sometimes mentioned as a factor. But these are not perceptions of the same phenomenon. A ripe Cabernet Sauvignon may feel weighty in the mouth but may not have much viscosity until the tannins become evident on the finish. By contrast, a Pinot Noir usually has some viscosity at midpalate but is considerably lighter in weight than a Cabernet with soft tannins. A sense of concentration or density is associated with weight and viscosity, but Mourvedre from Bandol is often concentrated without the creamy mouthfeel associated with mid palate viscosity. Same with a high quality, dry Riesling which can be rich and full but not weighty. Wines with high acidity may feel light even if they are concentrated.

“Body” is not a single quality but a group of related yet distinct features that sometimes leave conflicting impressions. Thus,it isn’t obvious that the standard categories we use to indicate body–light, medium, and full—are helpful except as a quick summary. They cover up a world of detail.

There is some limited science on mouthfeel and body that attempts to link instrumental, objective measurements of physical components of wine with reports from tasters about what they sense.

The components of wine that are generally thought to influence the body are ethanol (alcohol), phenols (tannins especially), glycerol, and polysaccharides (derived from the breakdown of yeast and grape cells toward the end of fermentation during extended lees contact).  In this research conducted by Lara Laguna and her team, ethanol contributed to perceptions of body for expert tasters but not for tasters trained in the sensory analysis of wine.  Glycerol, which gives wine an oily mouthfeel, was generally perceived to increase body. It also affects persistence and whether the wine is perceived as soft or not. And the polysaccharides also were firmly associated with perceptions of the body.

Interestingly for the trained panel, samples that did not contain tannins also were rated as astringent because high acidity has a similar effect. This explains why it can be difficult to distinguish the effect of tannins from the effect of acidity. Both contribute to astringency.

One thing that struck me about this research was that the instrumental analysis of viscosity rated the most tannic wines as the most viscous. No doubt tannins increase the measured density of the wine thus modifying the rate at which fluid layers move past each other when measured by instruments. But that isn’t what we typically mean by viscosity. Viognier from the Northern Rhone is viscous because it is high in glycerol but contains minimal tannins. Glycerol and tannins cause distinctly different sensations. Perceived astringency (the drying sensation) is a different sensation from the sense of early and mid palate richness which reflects the level of glycerol.

Another paper by a team of researchers in Australia focuses on white wines and polysaccharides. They add to the mix evidence that high pH increases the perceived viscosity of wine and that sugar content also modulates perceptions of the body.

The takeaway point from this research is that density, viscosity, astringency, alcohol, and sugar content are all quite different dimensions of wine that cause a variety of distinct sensations. They affect the body of the wine but not in the same way. And because these four factors can vary independently of each other, we can mean very different things when we talk about the body.

We are just beginning to learn how to talk about this crucial dimension of wine quality.