Steven Spurrier passed away March 9, 2021 but his legacy will live on forever.  I was fortunate to have met him in the Napa Valley about 15 years ago, just after starting Golden Gate Wine Cellars.  I was not the “star struck”, but I recall a nice chat with him on how I got into the business, and he gave me some pointers, one of them… believe in yourself! 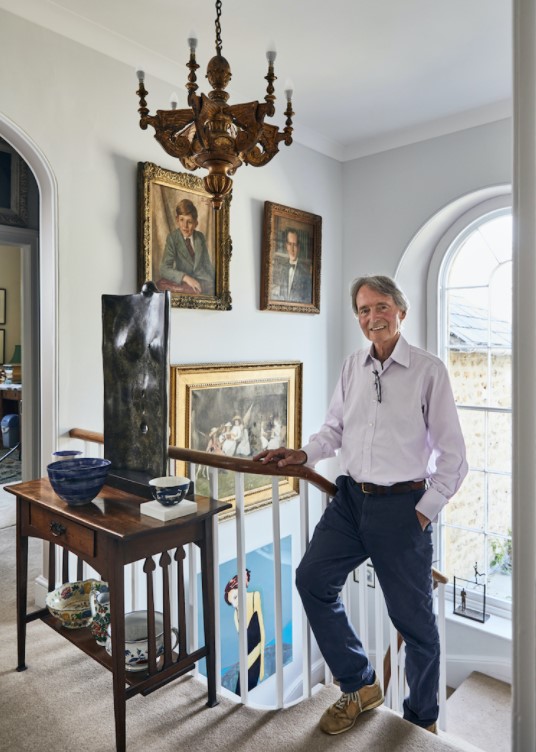 Steven Spurrier blew up the wine world
with the Judgment of Paris. His legacy lives on.

Story contributed By Dave McIntyre
in The Washington Post

How and what we now drink is, in no small part, Spurrier’s influence.

To converse with Steven Spurrier was to feel as though you’d known him all your life. He was generous with his friendship, his wisdom of wine and art, his joy of life. Wine is a generous drink, and wine lovers tend to be generous people. Spurrier was wine’s generosity personified.

Spurrier died March 9 at his home in Dorset, England, at age 79. His life has been recounted in several tributes since, so I won’t repeat it here. His main fame stemmed from the middle 1970s, when he owned a small wine shop in Paris, Cave de la Madeleine, and the first private wine school in France, the Académie du Vin. To commemorate the American bicentennial, he organized a tasting of top California wines and invited some of Paris’s wine elite to score them blind — with labels concealed — along with some of France’s best. When California chardonnay and cabernet sauvignon topped Burgundy and Bordeaux, the wine world’s ancient hierarchy was shattered. Vintners around the world realized that with enough investment and work, they could make wines to rival the best of Europe. The tasting became known as the Judgment of Paris and was portrayed in the 2008 movie “Bottle Shock,” in which the jovial Spurrier was played by a dour Alan Rickman. Spurrier described the highly fictionalized film as “more bull—- than bottle shock.”

Nicolás Catena, who spearheaded Argentina’s wine renaissance, was inspired by the Paris tasting. Chastened by the tasting results, French wineries in Bordeaux and Burgundy improved quality in their own vineyards, and began investing in California, Chile, Argentina and elsewhere. Any new wine region striving to make a reputation for itself cites the 1976 Paris tasting as inspiration. That’s Spurrier’s legacy. Today’s oenophiles who revel in a pinot noir from Patagonia, a chardonnay from Tasmania, a riesling from Michigan’s Old Mission Peninsula, even the traditional qvevri wines of Georgia now in vogue, should raise a glass and toast Spurrier. We live in a wine world that he in no small measure helped create.

“We were trying to bring wine back from the nadir of Prohibition and elevate it to national consciousness,” says Warren Winiarski, the founder of Stag’s Leap Wine Cellars in California’s Napa Valley and producer of the 1973 cabernet sauvignon that topped the red wines in Paris. “That tasting was an affirmation that it could be done. The official hierarchy did not have the ability to keep people from making beauty wherever they were,” he told me.

Spurrier later opened wine schools in London, Canada and Japan, and for nearly three decades wrote a monthly column for Decanter, Britain’s leading wine magazine. In 2008, he and his wife, Bella, planted pinot noir and chardonnay vines on their farm in Dorset, near the English Channel, on the same geologic ridge of chalk as Champagne. Their Bride Valley label joined the nascent rise of English bubbly. In recent years, he became a publisher, founding the Académie du Vin Library to keep influential wine books in print as well as new works.

France was Spurrier’s first wine love, and his palate gravitated toward Italy later in life. But he never stopped rooting for underdog regions. I first met him in 2013, when he came to Richmond to keynote the Virginia Wine Summit. He became an advocate of Virginia wine, returning annually to judge the final round of the Governor’s Cup competition. In 2019, when the judging was held in Washington, my wife and I invited him to our house for dinner. He had never seen a smart speaker before, and kept walking into our kitchen to bellow, “Alexa! What’s the weather?” He’d cackle with delight when it responded. That was his boyish curiosity, his unbounded fascination with anything new.

Our paths crossed several times that year, including the International Pinot Noir Conference in Oregon and a Napa ceremony where the Smithsonian honored Winiarski. We traveled together through the Okanagan Valley of British Columbia, a region making outstanding wines and ready for its moment on the world stage. Everywhere he went, Spurrier was treated as a rock star, but he always had time and a smile for friends old and new. His generosity and lack of pretense were forever evident.

“For all he achieved in wine, I admired Steven most for his gentleness, his kindness,” says Paul Draper, who made the 1971 Ridge Vineyards Monte Bello cabernet that placed fifth in Paris but first in a reenactment 10 years later.

Last year, Spurrier’s Académie du Vin Library published his memoir, “A Life in Wine.” The cover photo shows a young Spurrier in the Cave de la Madeleine, surrounded by cases and bottles of France’s finest wines, a carefree Englishman inviting us to enjoy the good life. Turning the pages, I hear his voice relating anecdotes not just of his life, but of wine and life more broadly. It’s not simply a memoir, but a conversation. And in this conversation, we become friends all over again.