Our annual Christmas Eve party put pressure on my modest stock of Champagne flutes. I have about 30 Champagne flutes of all different shapes and sizes. Six or seven glasses are identical while the rest are orphans.

As guests arrived, I poured them each a glass of fizz until someone asked, “why is my wife’s glass bubbling away while mine appears to be flat”? We checked out the ten or so glasses that had been poured and discovered a significant variation in the bubble population in each glass. Some looked almost flat while others were merrily fizzing away. All of the wines were the same, in fact all had been poured from a single magnum of Bollinger.

Next day I consulted The Oxford Companion to Wine by Jancis Robinson and found the answer under the heading “Fizziness”.

The pressure in a standard bottle of Champagne is about six atmospheres. When the bottle is opened the pressure inside is reduced to ambient pressure of around one atmosphere and the wine is said to be supersaturated with carbon dioxide. Carbon dioxide is lost by individual molecules diffusing to the surface and by bubbles forming on nucleation sites.

Carbon dioxide molecules diffuse into minute gas pockets in the nucleation sites, forming a bubble. When the bubble gets big and buoyant enough it breaks away and heads toward the surface. As each bubble breaks away another forms leading to the characteristic “bead of pearls”. The bubbles are many different sizes because each nucleation site is different and because each site is a different distance from the surface. Bubble diameters grow by different amounts as they rise.

The loss of carbon-dioxide is slow, which is why an opened bottle of fizz keeps fizzing for many hours.

The author pointed out that bubbles in old bottles of sparkling wine are smaller and slower (lazier) than more youthful wines. That’s because the bottle has lost pressure over the years and therefore the supersaturation is less. Simple really.

Valentine’s Day is around the corner,
here are some great bubbly suggestions for you: 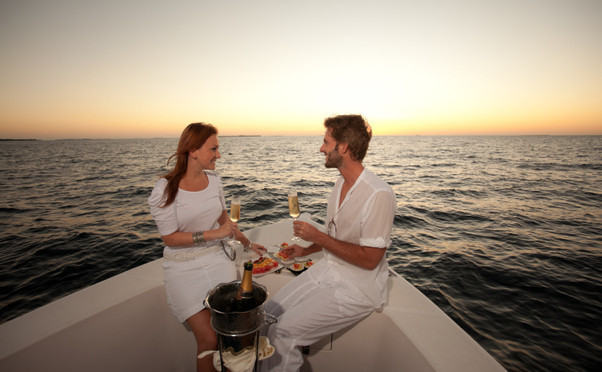 Click here or on the links above to order!
Call 415-337-4083 or email frank@goldengatewinecellars.com for availability and priority allocation!