The Dirt on Vineyard Soil

Jamie Goode looks at some of the issues of soil management, now understood to be a critical element of the vineyard.

One of the big shifts in wine has been the increasing emphasis on soils. Wandering through vineyards is now treacherous because they are full of holes designed to show off the soil profile. Where the winemaker used to be god, it’s now said wine is made in the vineyard.

Interesting debates have emerged. How to manage weed growth in the vineyard? The common herbicide glyphosate is now demonised, with many preferring to till the soil instead. But there’s also an argument that tilling the soil isn’t sustainable either and no-till is the best way.

What of ‘dead’ soils? Soil life is praised as being important — but what about arid areas where there’s very little organic material in the soil? Can they make good wine?

Third, there’s the thorny issue of copper use. Downy mildew is a widespread problem and those who work organically use copper to treat it, because of the lack of effective alternatives. How bad is copper for the soil? 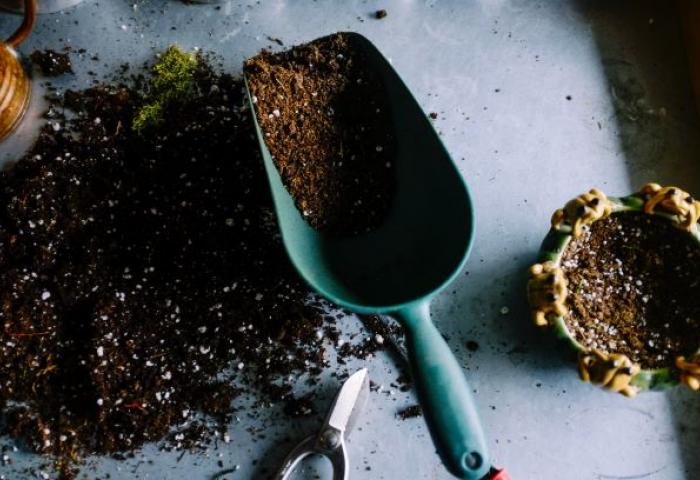 As a viticulturist for Villa Maria and then general manager of Craggy Range Vineyards in New Zealand, Steve Smith has used plenty of herbicide in his time, as is the norm for conventional viticulture. His current project is Smith & Sheth one of whose acquisitions has been biodynamic Pyramid Valley Vineyards in North Canterbury. “I’ve moved quite strongly away from the idea that herbicides are a good thing,” says Smith.

California-based Jackson Family Wines are also decreasing herbicide use. “We are 100 percent glyphosate-free and have increased use of mowing and shallow tillage, where you are actually adding organic material back into the soil rather than depleting it,” says Chris Carpenter, general manager of Jackson’s Napa Valley vineyards. “The dynamics with how these chemicals reside in the soil and change the environment of the soil are not fully understood, and some of them are very specific to certain soil types.”

Ted Lemon of Littorai in Sonoma, who is well known for his Pinot Noir, says part of “the issue with herbicides is that they modify the species composition. What grows back are often what would be called coloniser type plants in ecology — very tough stemmed plants that are very difficult to get rid of and build up resistance to herbicides.” He also points out that in conventionally farmed vineyards where herbicides have been used for many years, all that grows in the vine row is moss. “There is a definite diminishing of species diversity. This, to me, is the great folly of modern viticulture, that somehow we believe that the great vineyards of the world and their vines live in some kind of magic pot: able to thrive on their own, denied all fungal and mycorrhizal relationships with the species that they evolved with over thousands of years.”

In vineyards that don’t use herbicides, it’s now common either to grow cover crops or simply allow grass to grow, which can be managed by mowing. But in the vine row itself, dealing with weeds is a significant challenge. There is debate about whether the best option is to turn the soil over (till) or to practise no-till. “This isn’t just an issue for wine but also an issue for agriculture more generally,” says Smith, who recently spent three years as Chancellor of Lincoln University, an agricultural university in Canterbury, New Zealand. “There are two challenges with organics.

One is this issue with tillage. Tillage is not just denaturing soil organic matter, potentially, but it also releases carbon. In a world where we are wanting to sequester carbon, this is not a good thing. The second thing is that it uses a hell of a lot of energy to cultivate.” So organic production methods can create a higher carbon footprint than when agrochemicals are used. “There is an interesting contradiction there,” says Smith.

“I’m no-till all the way for many reasons,” says Californian winegrower Randall Grahm. “Most importantly, there’s an incredible amount of useful microbial activity in the first few inches of soil that are essentially sacrificed when the ground is tilled.” His challenge is rodents, which thrive under the no-till regime. “We have an enormous problem with gophers, ground squirrels, voles and tree rats. The gophers are the most destructive.” He says that he planted 900 Grenache seedlings and the gophers took out about 850 of them, and they have killed around a quarter of his Serine nursery seedlings. “I have a person who traps 20 a day and we’re not winning the war.” 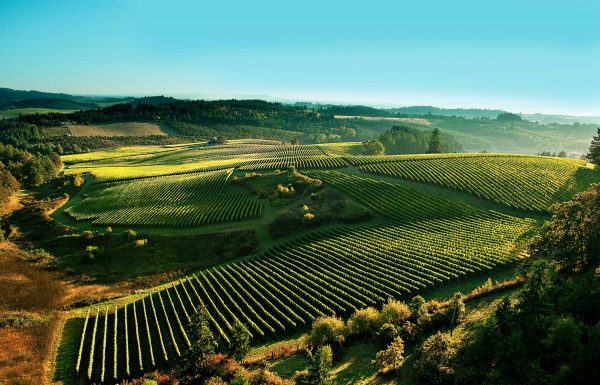 Jason Lett of Eyrie in Oregon’s Willamette Valley is another no-till advocate. “We have a 50-year history of no-till in our original vineyard,” he says, though he acknowledges young vines need tilling because they can’t deal with competition. “But in ecology there is this principle of niche allocation,” he says. “Once vines have established their root systems, they are drawing on such different sources than the surface material is that the competitive factor goes away.” Lett thinks the fear of plant competition is misguided. “When I came back to the vineyard in 2005, I put compost all over the place,” he recalls. “My father asked why and I said because for all these years we have been taking out so much nitrogen, potassium and phosphorus — the textbook answer. He said, ‘don’t you think you should check first?’ I did tissue analysis and there were no deficiencies. Mineralisation happening through natural processes was easily replacing what we remove when we pick the grapes.”

Lett mows between the rows then has another specialised mower for under the vines. Unlike some, he doesn’t add specific cover crops but allows natural growth to take its course. “The cover is actually diverse in our original vineyard,” he says. ‘There are 15 to 20 species under the vine. The vineyard next door, which was tilled until 2011, has less diversity: eight or nine species under vine.”

He is working with Kaye Shek, a researcher at the University of Oregon, who is studying mycorrhizal and fungal communities in vines. “One of the most exciting things that she has found from our vineyard is that the mycorrhizal communities which are immediately under the vines are very different from those in the rows between them,” says Lett. “The vines are farming. They are making the associations that they need. It’s very different from what would be under the soil in a till regime.”

It’s easy to grasp the concept of soil life when the soil in question is a deep, rich, dark-coloured loam full of earthworms. But many of the world’s leading wine regions have bony, stony soils that look inhospitable to life, in arid regions with little annual rainfall. Does the lack of organic material, and hence soil life, mean these regions can’t make interesting wine? “You can make great wines off soils with almost no organic matter,” says Smith. “There are plenty of regions around the world where low organic matter and biological activity soils make some awesome wine.”

Lemon’s take is that, yes, it’s possible, but not ideal. “Great wine can be made from soils with very low organic matter as long as yields are kept very low,” he says. “But even better ones can be made when the life of the soil is enhanced.”

Smith says that in Central Otago, the most challenging wines to make are those on the rocky soils. “The greatest wines coming from Central are made from soils that actually have quite a decent amount of structure to them, and in many situations have some pedogenic lime.”

But those who speak about “dead” soils are using a bit of hyperbole. Even the most lifeless-looking soil won’t be sterile. It’s actually quite hard to sterilize soils unless you have an autoclave or use a potent combination of disinfectants. 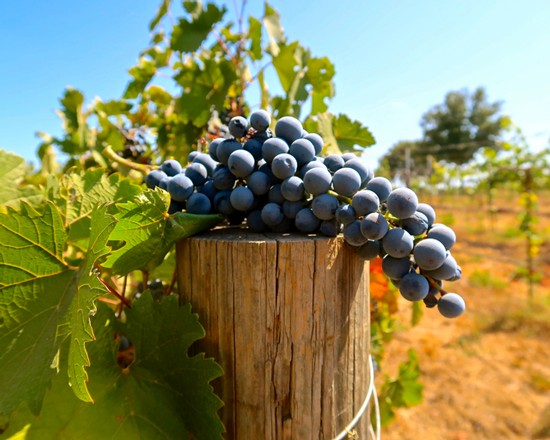 Organic farming relies on copper for control of downy mildew, a significant problem in many regions, because no effective alternatives have been found. The problem is, copper is toxic. “But as Pasteur says, it is the dose that makes the poison,” says Alsace winegrower Olivier Humbrecht. “Copper is a micro-element necessary to life, but too much of it and it becomes a poison.”

Smith says that copper is an effective antibiotic and that the levels now used are lower than in the past. “It affects microbiology so you need to be really careful. You’ve just wiped out some good things as well as bad things, so how are you going to get the good things back again? You have to think of it like a biological system.”

Carpenter of Jackson Family Wines says the signs of problems are both easy to identify and rarely seen, and whether copper should be used is driven by soil type. “It all depends on the soil pH, temperature, water availability and aeration.”

Humbrecht agrees. “A soil with a normal organic matter can take a higher level, as it has the capacity to fix more copper,” he says. “The same is true for alkaline soils — they can fix more.” His view is that if growers stay under the current permitted average copper level of three kilograms a hectare per year, it isn’t a problem for a soil.

There is no perfect way to manage vineyards. But what is now clear is that managing the soil is the key.