The Climate Phenomenon that Produces Wines
with ‘Electric Acidity’

By Kathleen Willcox
in Wine Enthusiast 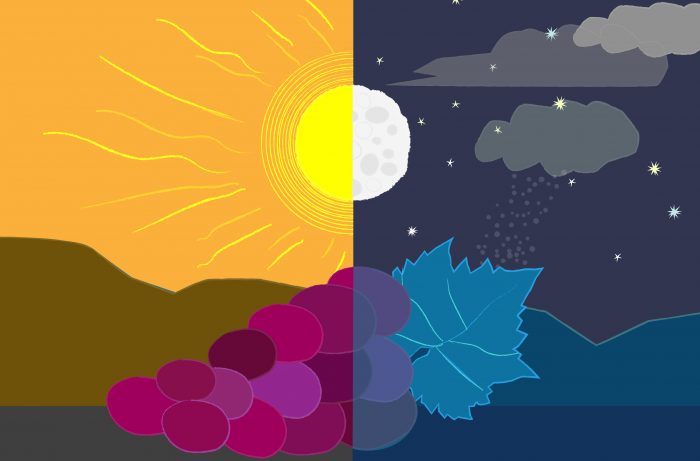 A winemaker is tied to their ability to predict and understand obscure climatic tics. The analysis of weird winds, funky fogs and other esoteric ephemera generally remain confined to the fringes of the wine world, but some terms manage to enter the lexicon of normal wine-loving humans.

One such concept is diurnal temperature variation, known colloquially as “diurnal shift” or “diurnal swing.” This means the difference between the highest and lowest temperatures in one day. While many wine lovers know that big swings generally translate into fresh, lively bottlings, few know how it happens, or where crisp, electric wines are most frequently produced.

Extreme diurnal shifts often happen in high-elevation regions with midday heat spikes, which fosters sugar development in grapes through photosynthesis. Cool nights slow down, or even halt, grape and vine maturation. This preserves aromas and natural acidity, both of which translate into freshness.

During the high growing season, grapes in these regions gorge themselves on the sun’s fuel during the day, then collapse into slumber at night.

“The range in temperature drives a balanced flavor development,” says Evan Goldstein, MS, and president of wine education platform Full Circle Wine Solutions. “By balancing out the heat spikes that jack up sugar levels and drive down acid, with cooler nights where the sugar development is slowed and acid is preserved, the physiological development of the grape is more moderate and balanced, and leads to livelier flavors.”

He says that poor soils found on mountains make grape vines work harder and produce more complex flavors. Vineyards that are above the fog line are also exposed to fiercer sun rays.

“Grapes can’t put on SPF like us,” says Goldstein. “But ones exposed to more intense ultraviolet rays, which increase 10–12% for every 1,000 meters gained in elevation, will protect themselves by developing thicker skins, producing more intense, lively wines.” 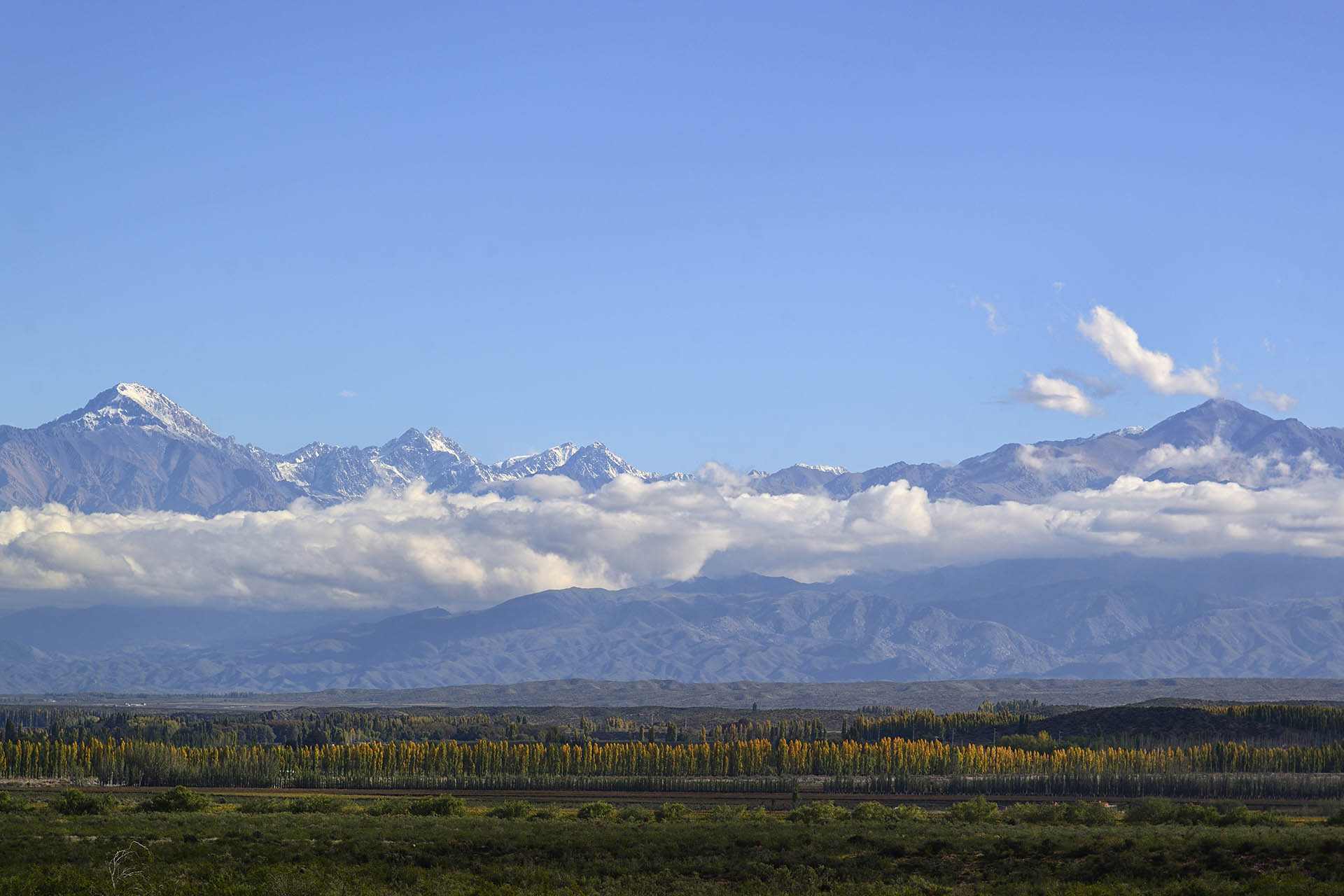 How Temperature Affects Aroma and Acidity

Despite the plethora of data that winemakers gather on their climates and terroirs, there’s still an element of mystery to why certain varieties planted in particular regions taste so good. Is it the elevation in regions like Argentina’s Uco Valley, Spain’s Pyrenees mountains, parts of South Africa’s Western Cape and California’s Napa Valley, that allows peak phenolic ripeness without sacrificing the balance between sugar and acid? Or is it the diurnal shift that influences the ripening and phenolic-building process?

For many winemakers, the temperature swing tamps down the syrupy sweetness and flabby flavors sometimes found in wines made in hot places. It maintains freshness yet preserves the opulent bouquet of aromas.

In Northern Spain, the region of Cariñena produces complex whites with tropical characters. That’s thanks to the extra doses of glycerol and polyphenols teased out by, first, the warm climate, and then the diurnal shift of up to 50°F a day, according to Bodegas San Valero’s winemaking team.

Enate in Somontano, Spain, has a diurnal swing of close to 36°F during the growing season, thanks to its perch in the Pyrenees, 1,900 feet above sea level, with peaks of up to 9,800 feet in height. Estanis Dalmau, the agricultural engineer there, says the diurnal shift’s effect on grapes’ chemistry allows the producer to grow Central European varieties like Gewürztraminer that seem out of place in Spain.

“Thanks to the diurnal shift, quality parameters like malic acid content are very high in our grapes,” he says. “Freshness, fruity aromas and a low pH in our young white wines comes from that shift.”

Other winemakers love to dissect a grape’s elements for an idea of why these wines are so aromatic and lush, yet dry.

In the Uco Valley of Argentina, diurnal swings of up to 55°F can occur during the high growing season. Franco Bastias, the chief agronomist at the region’s Domaine Bousquet, believes these shifts create fresh, fruity wines.

“Where does the electric acidity of our Sauvignon Blanc come from, when it clocks in at up to 14.5% [alcohol by volume], with a pH of 3.2 or lower and our acid at around 7.5 grams?” asks Matt Dees, winemaker at Jonata and The Hilt in California’s Santa Ynez Valley, pockets of which can have a diurnal shift of up to 70°F.

“I know the unique freshness can be attributed to the extreme swing,” he says. “And as the impact of climate change continues to be felt, we plan on taking advantage of the diurnal shift, but also plan to experiment with grapes like Assyrtiko, indigenous to Greece, which is used to essentially baking in an oven all day and still maintaining a pH of 3.1 with 9 grams of acid.” 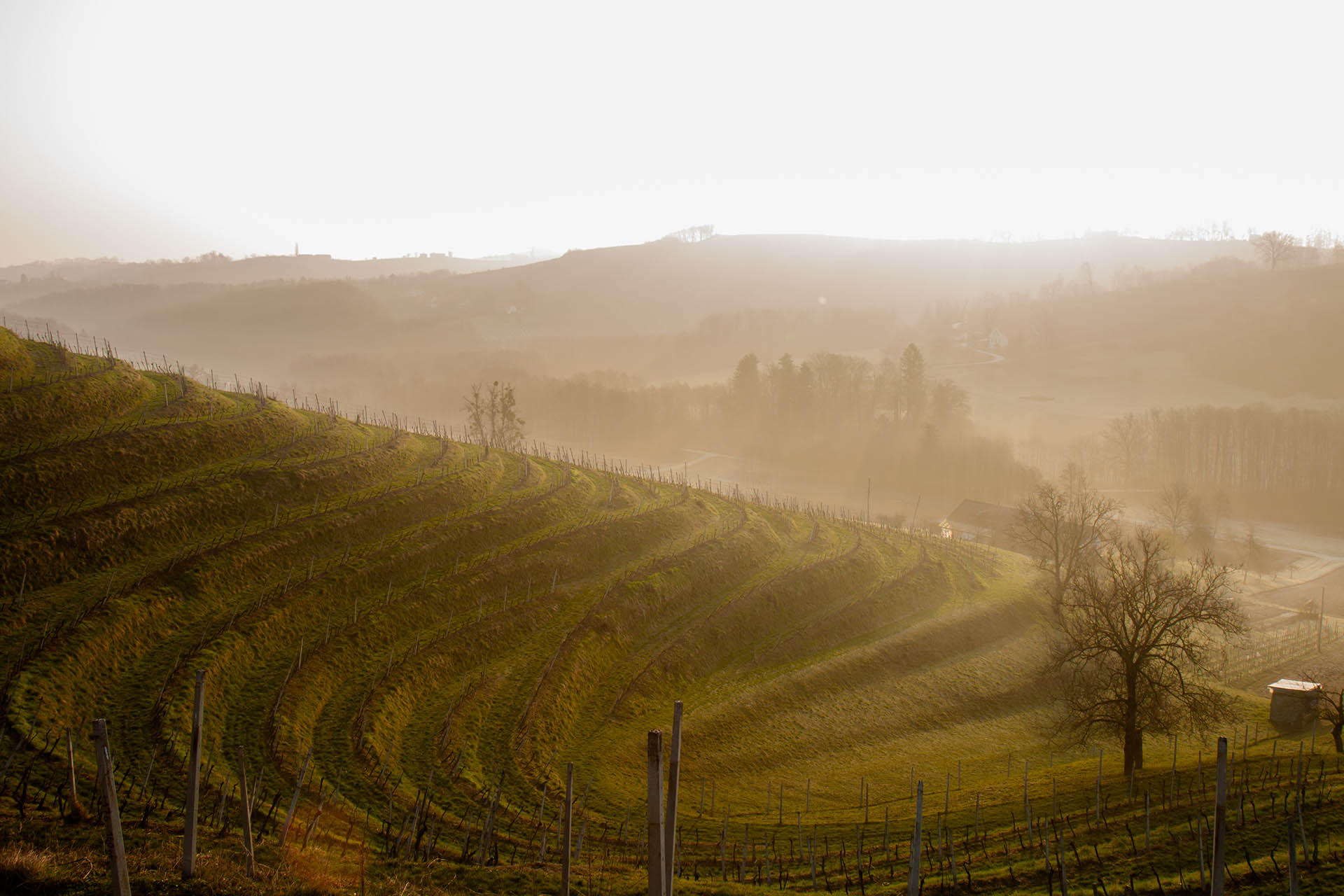 Robertson Valley, a subregion of the Western Cape in South Africa, rests between the Langeberg Mountain and Riviersonderend Mountains, where diurnal swings can reach up to 70°F during the high season. Winemaker Pieter Ferreira, who produces Méthode Cap Classique sparklers for Graham Beck, says that the diurnal shift in his region helps ensure “early, even budburst, flowering and development.”

However, he warns that extreme differences in cooler climates do the opposite.

Brad Greatrix, winemaker at Nyetimber in West Sussex, England, agrees. “The narrative around diurnal range is flipped on its head in regions like England, because we are a maritime, cool climate with relatively buffered temperatures,” he says. “We don’t have hot summers, and at its peak our maximum temperature is in the low 70s, and high diurnal ranges here would mean lower acidity.”

Winemaking is a delicate balance of art and science. Diurnal shifts are an essential part of the complicated equation, but not the sum total.