Woman returns stolen beer stein 55 YEARS after she pinched it!

by Phoebe French
in TheDrinksBusiness.com 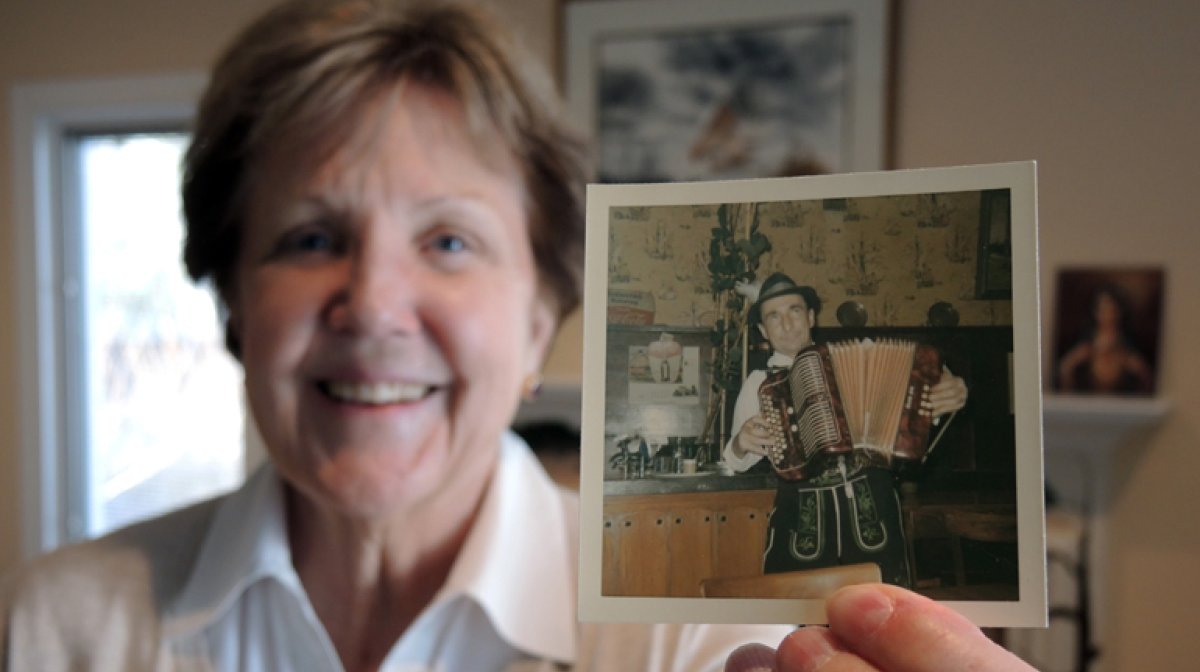 Celeste Sweeney
An American woman has cleared her guilty conscience after she returned a stolen stone beer mug to Munich’s Hofbräuhaus, 55 years after she originally took it.

Celeste Sweeney, 73 and from the US state of Maryland, originally nicked the vessel during a trip to Europe when she was 18.
Speaking to German news agency DPA, Sweeney said she sneaked out with the mug hidden under her trench coat. Returning to the US, she placed the stein on display but never drank from it again.

However, as time went by, guilt crept in. “I had something that wasn’t mine and should back at the Hofbräuhaus,” she said. 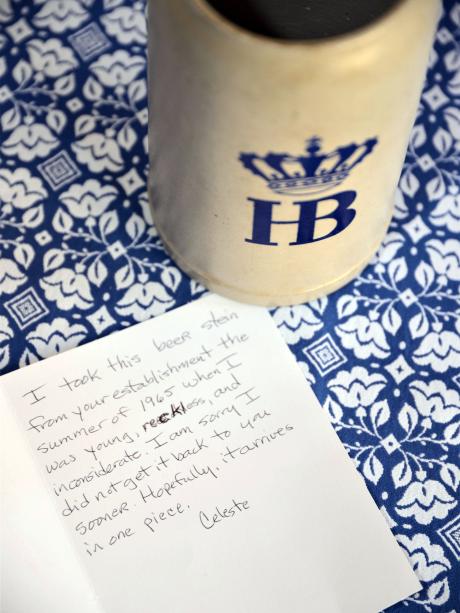 In December last year, she packaged up the mug, spending a total of US$100 on postage, but stating that she would pay for the cost of the mug should it break in transit. She intended for her actions to demonstrate to her grandchildren that it’s never too late to atone for mistakes.

She sent the stein back to the three-floor beer hall with a note reading: “I took this beer stein from your establishment in the summer of 1965 when I was young, reckless and inconsiderate.

“I am sorry I did not get it back to you sooner. Hopefully it arrives in one piece.”

Writing on Facebook on receiving the package, Hofbräuhaus said boss Wolfgang Sperger had organised for a replacement mug to be sent to Sweeney which “she can keep with a good conscience”.

The beer hall also sent Sweeney a letter with three tokens which she can redeem for beer on her next visit. 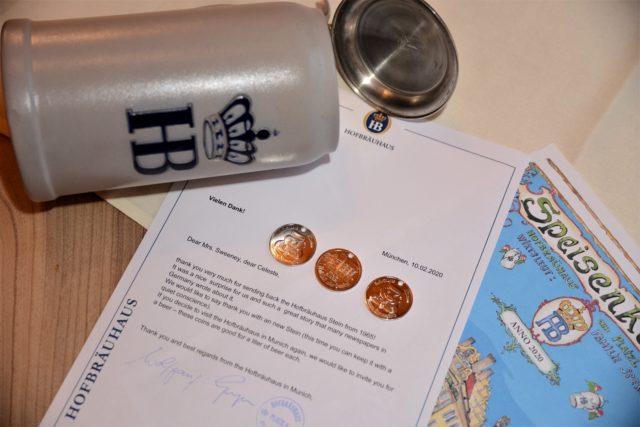