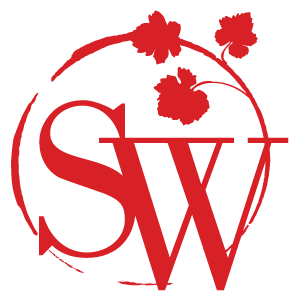 Scarlett is a family operation owned by the McGah family, who are most notably known for co-founding the Oakland Raiders. Representing over four generations of wine growers, the family’s personal touch can be felt from the soil to the glass. The winery previously operated under the name McGah Family and rebranded in 2015 in honor of its flagship wine, Scarlett, which is named after the founder’s daughter.

Mike Smith became a self-taught winemaker early in his career by making wine as a side project in Oregon. He decided to leave his desk job in 1999 to purse wine full-time, and worked numerous crushes (for free) in Napa Valley. Mike ended up spending seven years working with Thomas Rivers Brown, who’s the genius behind the likes of Schrader, Rivers Marie, Outpost, Maybach and others. In 2006, Mike decided to branch out on his own. Today, Mike is and has been the winemaker for an incredible number of estates in the Valley, Including Carter Cellars, Becklyn, Maybach Family, Bench, Scarlett, and 12c, among others.

Dark and opulent ruby hues greet the eye as a classic Zin nose flush with red fruit, licorice root, bramble berry take center stage. Glass coating glycerin, a natural acidity lift, and a medium plus weight frame this garnet beauty throughout. The mid palate is loaded with mixed dark fruits, spice cake and root beer. An undeniable streak of anise right down the middle glides into to a 20 second plus finish. Full bodied and structured, a 1 hour decant works magic with this wine or lay it down for a few years to uncover hidden layers and complexities.

Winemaker Notes: “The Scarlett Zinfandel Heritage Vineyard is a perennial favorite in our portfolio. Packed with cherry compote, white flowers, black pepper, licorice, and dried lavender, this deep ruby Zinfandel elicits excitement from the get-go. Full-bodied and fresh with a gorgeous purity of fruit, it is buttressed by deceivingly silky but substantial tannins and equally substantial alcohol that lurks in the background. This wine has such a great mid-palate density and length there’s no doubting its outstanding quality. This handcrafted beauty shows off until the very end with a layered finish that effortlessly carries on for hours. Because this wine is fairly heady, I would favor drinking it over the next couple of years to provide enough time for all the hidden components to weave together.”