Has the Debate Between Terroir vs. Varietal Been Settled?

In going through some notes for a book on the philosophy of wine I’m writing, I came across an old debate that once defined the difference between new world and old world wines—the relative importance of terroir vs. varietal in explaining the character of a wine. 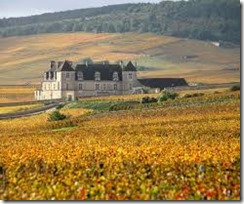 For much of wine’s history in Europe, especially in France, Italy and Spain, wines were labeled with the region and sometimes the vineyard from which the grapes were harvested. A varietal was never mentioned (except in Alsace) and many of the wines were blends of many varietals. But that presented marketing problems for European wines in the U.S. where Europe’s geography was not well known and the names were hard to remember. As the U.S. began to make its own quality wine in the mid-20th Century, wineries began listing the varietal on the label along with the region, and the rest of the new world followed that practice. The consumer might not know much about geography but at least she knew she was buying Cabernet or Chardonnay. Today even Europe is labeling their wines with the varietal at least for their less expensive bottlings.

Thus, a debate ensued about which was more important—varietal or region? Has the debate been settled? In a word, Yes! Both varietal and region are equally important.

Everyone knows a Pinot Noir from Michigan will taste differently from a Pinot Noir from the Santa Lucia Highlands. Even Pinot Noir from Santa Cruz will be quite different from SLH even though it’s just down the freeway. Famously, different blocks within Burgundy’s Clos de Vougeot Vineyard make quite different wines. All the evidence suggests that site matters. However, if Chablis were to plant Riesling instead of Chardonnay it wouldn’t taste like Chablis (as we know it). Plant Syrah in Napa and you might get a nice wine but it won’t taste like Cabernet. Most varietals have distinctive characteristics that when properly grown and vinified show their character even when subject to different interpretations.

Of course things are not quite this simple. Production and viticultural decisions from crop load to aging regimen matter as well. You can erase the signature of terroir and with enough effort erase the varietal character as well. Thankfully most artisan winemakers think it’s important to preserve both.

The old world practice of labeling by place rather than varietal was sufficient to sell wine because regulations (when they were followed) guaranteed only certain varietals could be used in specific regions. The consumer didn’t need to be informed that a red wine from Chambertin was Pinot Noir because it had to be by law. That method of marketing would not work in the new world where such regulations are non-existent. But these peculiarities of labeling and regulation tell us little about the relative importance of terroir and varietal. The fact that France, the standard-setter for fine wine for centuries, ignored varietal labeling doesn’t make it a superior practice—it was fine for the French context but inappropriate elsewhere.

As with most things in wine, everything matters at least potentially