The much-anticipated releases of Paul Lato’s fall “Rhone” releases (Syrah & Grenache) have arrived. As always, this is the smallest part of Paul’s Portfolio and sell out even faster than his “Burgundy” offering (a.k.a. Chardonnay & Pinot Noir) 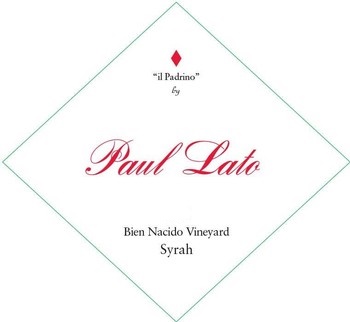 This has been one of the best California Syrahs for years in a row.  If Paul Lato was located in the Rhone Valley, he would put many of the big names to shame!  In a recent tasting Paul’s Il Padrino bottling beat out 100 point wines like Alban’s Reva, and others!  I only get 5 cases of this gem, so jump on it NOW, as this might be the year of a 100 Point Syrah from Lato! This wine gets  an average 95-98 points every release!

Jeb Dunnuck – 98 Points: “The Paul Lato Syrah il Padrino Bien Nacido Vineyard is also inky colored and has a distinct marine-like character in its smoked black fruits, crushed rock, iodine, and peppery herb aromas and flavors. It’s deep, rich and concentrated, yet stays fresh and balanced. As always, it’s in the same qualitative ballpark as the Larner Vineyard yet has a singular, distinctive character.”

Paul Lato says: “Once again, Bien Nacido Syrah produces one of our most complex and intriguing wines, creating harmony between many worlds of flavor. Ripe blueberry, lavender, incense, and leather all emerge as a symphony of aromas from this full-bodied, structured wine. Deep, rich, fabulously concentrated, and pure on the palate, it stays tight and compact, with notable precision and length. Whether it’s a few minutes in the glass, or several years in the cellar, this wine becomes increasingly layered with time.” 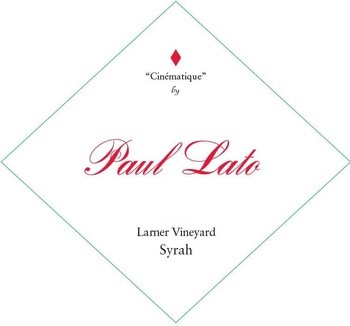 Jeb Dunnuck 97 Points: “The inky colored Paul Lato Syrah Cinematique Larner Vineyard checks in as 100% Syrah that spent 20 months in 60% new barrels. From a site in the Ballard Canyon AVA, its inky purple color is followed by fabulous notes of blackberries, melted licorice, smoked earth, and bacon fat. Deep, full-bodied, multi-dimensional, and layered, it’s going to benefit from short-term cellaring and shine for a decade or more. It’s certainly the sexier and more hedonistic of the two Syrahs.”

Paul Lato says: “This Blockbuster Syrah has a larger-than-life presence in the glass. Plums, blackberries, blueberries, ground pepper, and olive notes all flow to a powerful, full-bodied Syrah that has a luxurious, layered character. Fine and elegant tannins lead to a long, seamless finish, a true expression of the beautiful 2017 vintage. After you finish this bottle, you’ll be asking for an encore.” 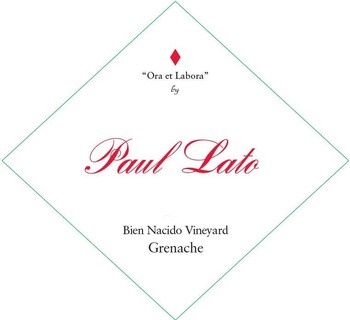 Paul Lato says: “This wine has a seductive nose of kirsch, potpourri and white pepper with touches of garrigue and dried lavender. The palate is full-bodied, rich and concentrated with notes of blackberry preserves and layers of spice. With a focused style and a structured backbone, this wine finishes with smooth flavors of cranberry and vanilla. Lay this bottle down for 2 to 3 years and it will truly shine.”

Tasting Notes:  A big, bold Grenache that offers lots of cassis and black raspberry fruit to go with underlying notes of wet gravel, peppery herbs, licorice and pepper. Full in body, seamless, elegant and multi-dimensional on the palate, with a weightless mouthfeel, it’s acidity is nicely integrated and it never puts a foot wrong. Given its balance and overall purity, it’s a killer drink today, but it will evolve beautifully.