A Beginner’s Guide to Champagne

BY HANNAH SELINGER
in Wine Enthusiast 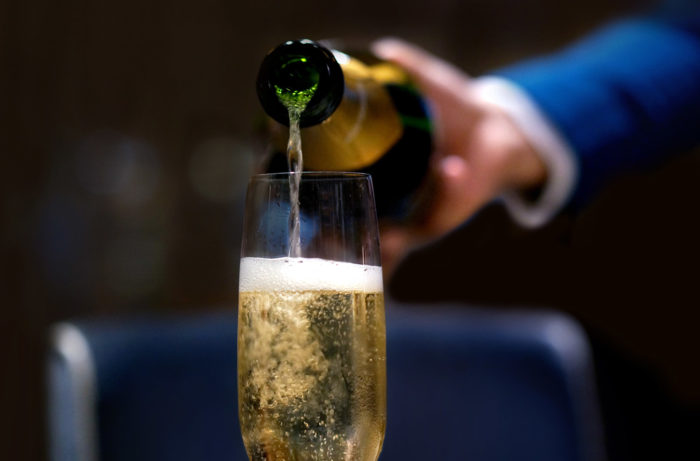 If the distinction between Champagne, Prosecco and any other sparkling wine of the world seems a bit murky, consider this primer a jumping-off point. Champagne can feel confusing at times, and for good reason. It involves a complicated winemaking process and a dictionary of French terminology. So, let’s break Champagne down into its component parts.

To be called “Champagne,” a wine must come from the Champagne appellation, a region of France slightly east of Paris. In France, such a region is referred to as an Appellation d’Origine Contrôlée, or AOC.

Within Champagne, there are several major growing areas, all known for particular grapes. The major areas from north to south are Montagne de Reims, Vallée de la Marne, Côte des Blancs and Côte de Sézanne and Aube. For sparkling wine to be classified Champagne, the grapes must be grown in the region, and the wine must be produced in a specific way. The process, known as the méthode Champenoise, is also referred to as the traditional method.

The Grapes of Champagne 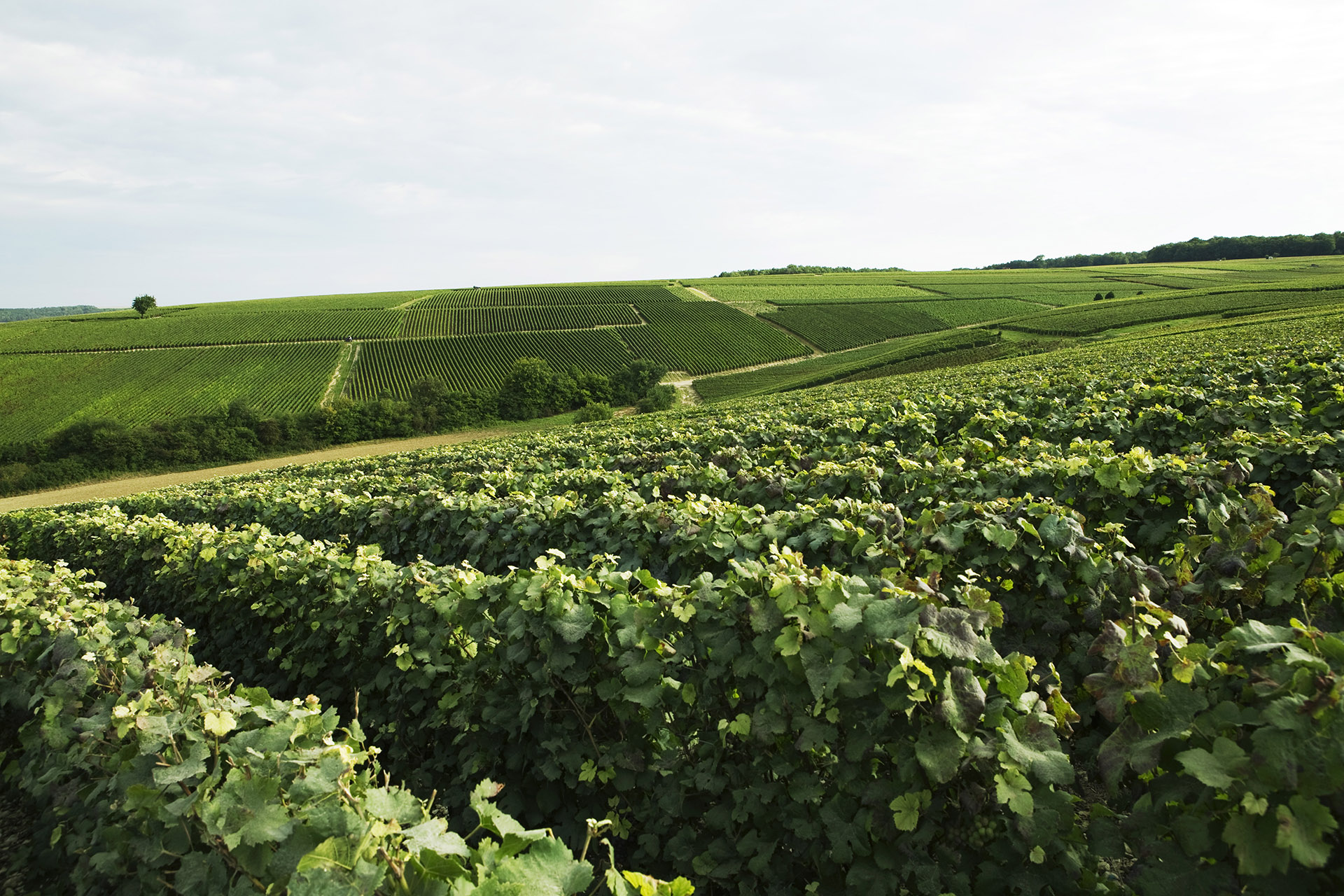 The main three grapes used in Champagne production are red-wine grapes Pinot Noir and Pinot Meunier, and Chardonnay, a white-wine grape. The mountainous Montagne de Reims region is known for its Pinot Noir, as is Aube, the most southern growing area. The Vallée de la Marne, which occupies a valley floor and has a warm microclimate, is known for Pinot Meunier. The eastern-facing Côte de Blancs is planted almost entirely to Chardonnay, as is the Côte de Sézanne. The predominant soil in Champagne is made of chalk, limestone and fossilized seashells, a highly regarded mix known as Kimmeridgian soil.

What Does Brut Mean? 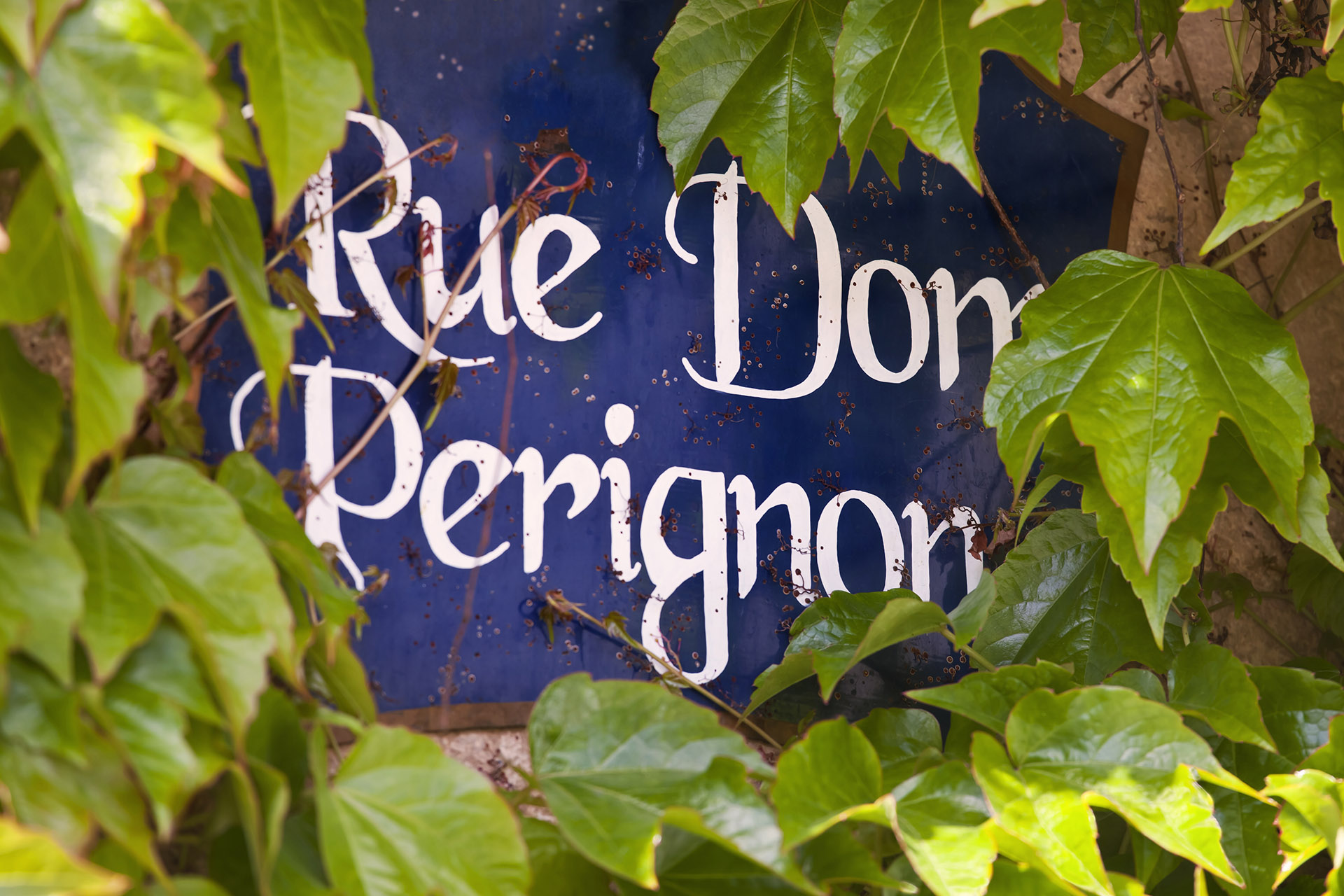 You’ve probably seen this mysterious word on a bottle of bubbly. Brut is just one of many labels that indicate how much sugar is in a finished bottle of Champagne. The most dry wines, which contain no sugar, are called brut nature, followed by extra brut, brut, extra-dry/extra-sec, dry/sec, demi-sec and doux, which is the sweetest. A brut Champagne has a nearly imperceptible amount of sugar, which must fall with a specified percentage range. Because of the wine’s bubbles, this sugar is not perceived on the palate, but if you taste a glass of Champagne that’s become flat, you’ll likely be surprised about the sugar content. 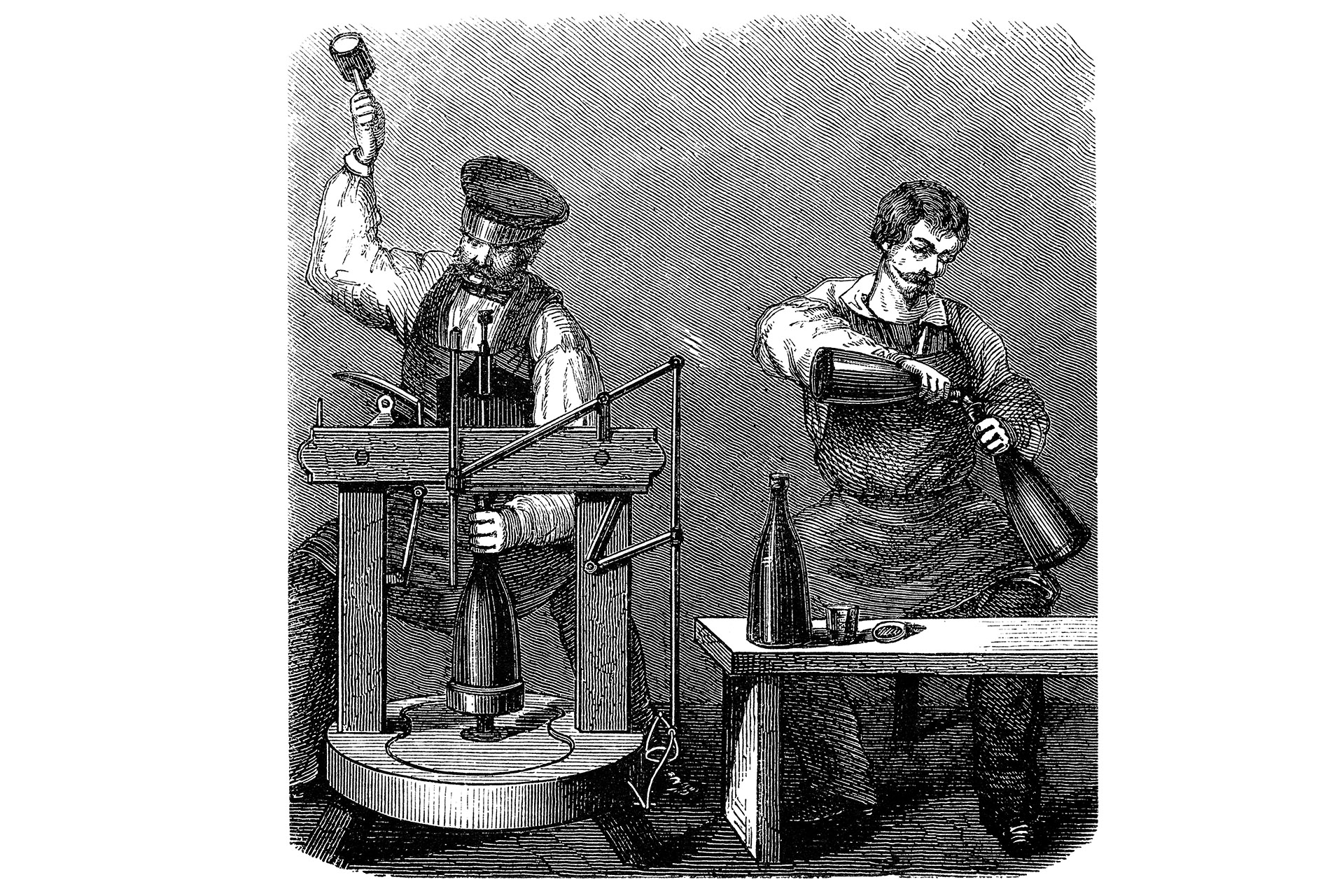 Champagne as we know it was the product of both chance and circumstance. Early wine from the region was pale pink and still. The region’s cold winter temperatures often halted the fermentation of still wines housed in the cellars. The dormant yeast cells remained in limbo until warmer weather provoked an awakening. In spring, these yeast cells sparked a second fermentation in the wines, where the remaining sugar was converted to alcohol. The byproduct of that fermentation, carbon dioxide, remained trapped in the bottles and would force out corks or cause bottles to explode.

In the mid-1600s, a Benedictine monk named Dom Pérignon, frustrated with the waste brought forth by such instability, took efforts to stop this fermentation. Perignon’s first contribution was to introduce a blending technique where grape varieties from different vineyards were used to create a single wine. He also developed a way for winemakers to produce white wine from red grapes. That method, like his blending technique, remains integral in Champagne production centuries later.

Around the same time, English physicist Christopher Merret discovered that the introduction of sugar could intentionally spur a second fermentation. It gave winemakers control of this unpredictable, and seemingly random, scientific occurrence. This immeasurable contribution meant that winemakers could create sparkling wine on purpose.

In 1805, Madame Barbe-Nicole Clicquot, a 27-year-old French widow, assumed control of her late husband’s Champagne house. During that time, Madame Clicquot, also known as the veuve, French for “widow,” developed a process known as riddling, or remuage. In this process, wines are moved to bring the dead yeast cells from the second fermentation into the bottle’s neck, where they can be extracted. Prior to this, sparkling wines were cloudy with large bubbles. The technique yielded wines with small, fresh bubbles, known as a mousse, and no sediment.

Check out some great bubbly offerings we currently have in stock: