Expressing Vitality: Wine As The Art Of Life

by Dwight Furrow
From 3 Quarks Daily

If a rectangular canvas splashed with paint and lines can express freedom or joy, why not liquid poetry? 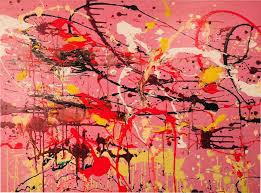 Even when art is expressing some human quality, the expression reaches far beyond facts about an individual artist. The 19th Century German philosopher Hegel argued that art expresses a shared sense of “the deepest interests of mankind, the most comprehensive truths of the spirit”. Art’s role for Hegel is to express something whole cultures can share when brought to light and put on a pedestal.

What about wine? Can wine be expressive in the way works of art are expressive? I’ve argued that wine can express emotion, although only occasionally is that related to a winemaker’s feelings. But here I want to focus on other dimensions of wine’s expressiveness that go beyond the expression of an individual’s emotions or attitudes.

For wine enthusiasts, artisanal wine is about continuous variation and the singularities that emerge from those variations. Wine enthusiasts devote most of their attention to tracking variation and assessing it. Differences between regions, varietals, vineyards, winemaking styles, weather and climate variation, soil variation, and bottle variation are of primary aesthetic interest. Life, vitality, is also fundamentally about variation. This shared connection between life and wine is the key to understanding wine’s expressiveness. The art of winemaking is basically the art of expressing vitality.

In order to see the connection between life and wine we will have to engage in a bit of metaphysics.

Reality is not merely a collection of objects dispersed in space and time, constituted by predictable relations and governed by deterministic causal laws. Reality is also a field of potential differences, latent, unactualized dispositions that inhere in material objects and their relations to be unlocked when some new event traverses a threshold. New relations expose new dispositions as when you make a new acquaintance who brings out a hidden dimension in your personality, or when weather variations expose new flavor potential in a vineyard. Beneath the stable world of visible objects and our practical dealings with them, reality is a seething chemical soup where boundaries are porous, mutual interpenetration characterizes all entities, and the duration of a state is always a change in state. In this chemical nether world, nothing ever is exactly repeated. There is always variation and difference.

Living things have a special role to play in this economy of change. Living things have an active internal structure that uses matter and energy to resist degradation while their tentacles penetrate the inorganic world accelerating and directing change, seeding and provoking emergence. Life takes advantage of the break points in matter where a difference creates a new tendency, redirecting forces and extracting surplus energy to meet its needs. As Darwin showed, life is creative, a continuous process of developing novelty and natural selection, a process that pulls the past into the present, using it as springboard for the future, without plan or program. Any individual entity that emerges out of the chemical soup is merely a passageway, a stage, a provisional outcome within a larger process of change. But that individual is also a solution to a problem posed by the convergence of conflicting forces. Living things contract, select and harmonize the conflicting forces that affect them thus making a life for themselves.

Yet, a living thing never quite achieves self-identity or perfect unity. There is always disparity, a new problem to solve, a variation that must be integrated—difference and disparity drive the life process. Resistance to degradation, continuous variation, and continuous yet ultimately failed integration are the hallmarks of all life. (This is a brief summary of what philosophers such as Bergson and Deleuze share regarding the relationship between the organic and the inorganic)

The art of wine puts this process of difference, disparity, and integration on a pedestal, glamorizing it, showing the process itself to be captivating. It reveals and makes alluring the tensions between stability and change, degradation and maintenance, predictability and contingency. The mediation between these demands is a central theme in all human life. Wine makes this mediation a sensuous event. Wine is where the intersection of nature and culture becomes entangled with the tensions of Eros and pathos and becomes poetry.

I think it could be argued that all art infuses matter with life, not by imposing form on an inert substance but by unlocking hidden dimensions of the artist’s materials and making them pulsate with energy. An artist’s materials are a swarm of unactualized dispositions, a capacity for variation, that the artist intensifies and actualizes, giving something non-living a life of its own, integrating conflicting forces in the process, and those materials in turn intensify and transform life.

Wine is the quintessential example of life as art since it begins with living organisms and preserves the residue of that life in the finished product. Winemaking accelerates variation and change through the fermentation process, and then takes the resulting inorganic liquid and builds back in the features of an organism, infusing the wine with a field of latent differences, that gradually emerge as the wine ages, carefully preserving the thread of life as it gradually returns to the chemical soup. The winemaker’s job is to find the singularities, the variations in their vineyards and grapes that promise a new direction, intensify those variations and then integrate them into something people want to savor, building into the wine a capacity to resist degradation and support continuous change as the wine lives on in barrel and bottle.

Both wine and life share a process of differentiation and integration. What makes one an expression of the other? How does wine express this vitality? By exemplifying what it is trying to say, to use philosopher Nelson Goodman’s way of formulating the nature of expression. There are various theories of how expression works in the arts, but Goodman’s is the most robust. According to Goodman, a work of art is expressive when it satisfies two conditions: the work must possess the property being expressed and it must refer to that property in the way a color swatch refers to the fabric of which its color is an example. This is what he means by exemplification. Just as a painting by Monet expresses a singular relationship between color and light by displaying that relationship on the canvas, a wine expresses a singular vitality by showing variation, resistance to degradation, and integration as we experience the wine. Movement on the palate, aroma notes that emerge and fade and emerge again, their persistence and variation over many years, the harmonizing of contrast and paradox—these are all symptoms of vitality.  Wines that possess vitality exemplify it.

Goodman also insists that exemplification is a kind of symbol—the exemplification must be metaphorical. The expressive term highlights certain properties of an object that are not ordinarily attributed or literally true of it. Just as a sad song is not literally sad, a wine is not literally alive. The finished product possesses no cells that undergo mitosis; it has no metabolism in a literal sense. Wine is metaphorically alive.

In these cases of expression, there is no necessary reference to the artist’s psychology. The singular relationship between color and light need tell us little about Monet’s psychology. The vitality of a wine need not be primarily about the winemaker’s psychology. The properties being expressed are in the work as interpreted by the audience. It’s the expressive possibilities of the materials on display.

Yet, matters are not quite so simple. The expressive possibilities of the materials could not come to light without the artist doing something. The canvas, paint, and wine are handled or construed in a certain way by the producer. Any work made by human beings, even if the results are in some sense accidental, reflects at some level human intentions.

What is distinctive about wine is that the outcome to a significant degree reveals materials that have a life of their own and that exhibit possibilities that were not intended. The point of view being expressed really is nature’s murmur, although coaxed and prodded by humans. It is life taking advantage of the break points in matter redirecting self-organizing forces to discover something new.