Recently, I was sharing dinner with a good friend and fellow Master Sommelier at a bistro in the nation’s heartland. We ordered a bottle of Blanc de Blancs Champagne from an excellent grower-producer. What followed, in terms of our server opening the bottle, was somewhere between comedy and tragedy. While telling us about the evening’s specials, our server blissfully destroyed the capsule on the bottle, took the cage off, and waved the bottle around as if it were a half-gallon of milk. In short, everything that could have been done wrong to open the bottle—was done wrong. 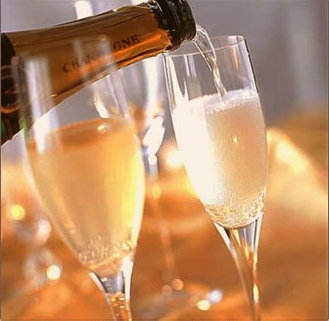 There’s really only one way to do Champagne service correctly, and safety is the most important aspect. Every year people are injured by opening a bottle of sparkling wine or Champagne improperly. Having said that, here are important tips for servers and sommeliers on how to open a bottle of Champagne correctly—and safely.

Safety First! In proper Champagne service, safety is priority one. The average bottle of sparkling wine has over 120 pounds per square inch—more than the average auto tire. That means the following:

On that note, check out Frank’s Bubbly Suggestions: