My old friend Kevin Zraly has a new book out, just in time for the holidays! Jo Diaz of Wine-Blog.org wrote this wonderful review: 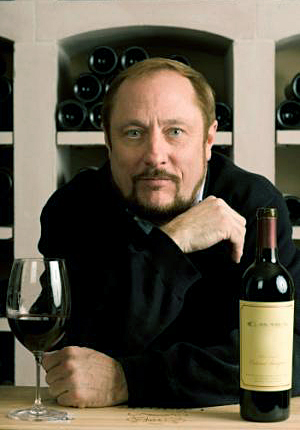 Wine is infinitely more intriguing than most other balls in the air we juggle during life, especially for the curious. Much of our inquisitiveness will be addressed within the pages of Kevin Zraly‘s 2018 edition of his Windows on the World Complete Wine Course. This is most especially true for us when we have more curiosity and less time to travel, when we could be weaving our own tapestries. Just step onto his pages and travel into the depths of how we taste and what we taste in reds, whites, and rosés, with Kevin Zraly.

I caught up with Kevin Zraly at Castello di Meleto in Gaiole, in the Chianti Classico region of Tuscany, where we were their guests for he castle’s five-course lunch, with copious wines.  I hadn’t seen him since 2006, when he was honored by the former Wine Appreciation Guild in San Francisco. Kevin Zraly was the recipient of their prestigious author for the 2006 Wine Literary Award. I was sitting next to him during lunch, which I knew was pretty exciting. Now, 12 years later, we were in Chianti sharing food and wine.

When we both returned to our home states, he sent his latest copy of Windows on the World to me, as a review sample. I have Zraly’s 2006, his 2011 editions, and now his 2018 Edition. “What’s going to be the difference?” I wondered. 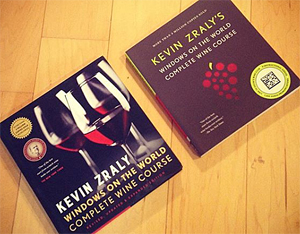 I was genuinely stuck by Kevin Zraly’s touching dedication.

“This book is called Windows on the World Complete Wine Course for a reason. Windows on the World was a restaurant atop One World Trade Center in New York City. I worked there from the day it opened in 1976 and for the next 25 years, until September 11, 2001. I continue to title this book with the same name of the restaurant to continue its legacy.

“I dedicate this edition to all those who worked at Windows on the World, celebrated their birthdays, anniversaries, or bar mitzvahs there, dined there, or just had a glass of wine at the bar…”

(You’ll read further in your copy…)

The regions of wine covered in the 2018 edition, have immeasurably expanded in a continuing anthology of wine grape varieties, bottles and glasses, how to read a label, wine aromas and tastes, and a 60-second wine expert, for instance.

Here’s a nugget of wisdom:

Kevin’s new book (the one to the left in this photo) is massively expanded and really well done. I was immediately relieved in by his explanation of “Kinds of Tasters.” He references Janet Zimmerman’s article “Science of the Kitchen: Taste and Texture…” I never knew about Janet’s SCIENCE OF THE KITCHEN: TASTE AND TEXTURE article (so, now I know the original source of explanation for my palate). Finally we can all understand the specifics of tasters, from non-tasters to super tasters… I’m a super taster, and that’s not a bragging right. It’s a curse. I eat very little as a result. Kevin has condensed Janet’s taster types:

Kevin Zraly is an exceptional scholar; and, academics love to not only learn, but they also love to teach. And, whenever possible, teachers like Kevin love to record what they’ve learned, so it lives on… Taking his wine courses is the difference of gliding along like a Cessna 172, or actually taking off with him in a Sukhoi Superjet 100super jet.

When the opportunity arises to get into one of his classes, it’s a chance of a lifetime. It will deepen your knowledge of wine and expand your appreciation. For the rest of us, until we can get into one of his classes, just buy his latest Windows on the World (2018) Complete Wine Course. Begin your journey, one chapter at a time. The pleasure you derive from wine will grow exponentially, through the amount of knowledge in Kevin’s sharing. Kevin Zraly’s life experiences of wine tasting and traveling to wine regions… the understanding of wine’s structure, historical developments, and the relationships he’s nurtured along the way are yours to also explore via Kevin’s written pages. 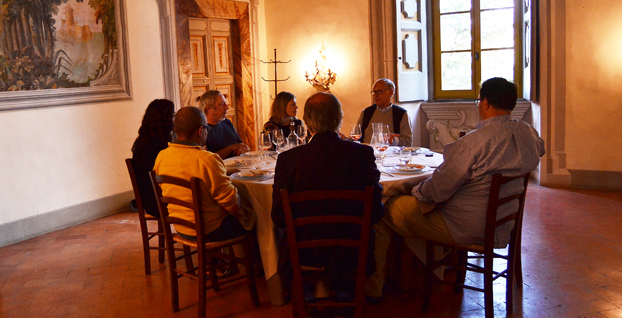 If you would like to get a copy of Kevin’s book for yourself, you can find it hereon Amazon.com.