In a recent column, “Chardonnay—the chameleon of wine?” (July 13, 2018), I referred to the two radically different faces of this noble grape. One is its very malleable nature that can pose a “blank canvas” open to seemingly endless manipulation by willing winemakers and marketing directors to echo their stylistic direction. On the other side is Chardonnay’s inherent quality and ability to reflect the terroir of the specific growing region. Definitely two sides of a very complex personality that extends far beyond Chardonnay when terroir becomes the subject.

While terroir is one of the most discussed topics in the world of wine, it is also one of the least understood and lately has become one of the most controversial. The wine community, in general, agrees that terroir is a real — yet subjective — expression of the vine’s total environment and most pronounced when appreciated in quality wine production. Yet a growing group of staunch scientific researchers dismiss it as a myth and something that cannot be scientifically measured or proven. So let’s take a look at some history, opposing opinions and a recent personal experience surrounding this most elusive concept.

“Terroir” stems from the French “terre” meaning land, although there is no precise translation of the term to English. And it most certainly goes far beyond the soil in which the vine is growing.

Terroir has always received far more recognition in the Old World growing areas. But over the last few decades, we see the term rapidly gaining respect in the New World as well. Within the terroir advocacy group, the argument seems to have shifted somewhat from soil dominating the conversation to the effect of weather and climatic conditions also assuming a lead role.  Climate change is occupying a principal position in this conversation as evidenced by the exploration of alternative varietals (growing in the same soils) to compensate for rising temperatures with varying storm patterns and rainfall amounts. Also, we’ve witnessed the development of new, previously inhospitable, growing areas such as world-class sparklers from England. 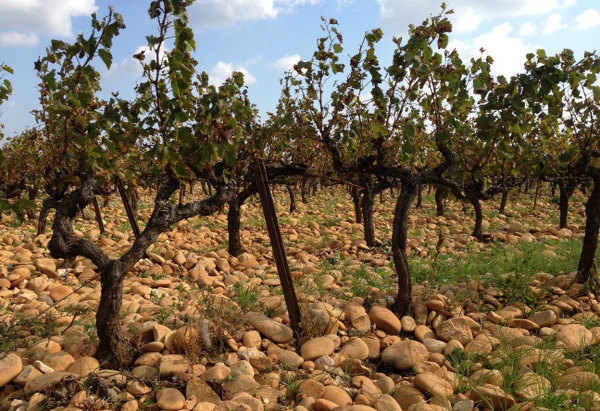 The recognition of terroir dates to the ancient Greeks as they noticed wines made from the same grape variety exhibited different characteristics when grown in different regions. Over time, the more celebrated regions were held in higher acclaim based on the superiority of their wines.

Centuries later, the concept was eventually adopted in Burgundy by the religious orders that farmed the vineyards. It later became the basis of France’s Appellation d’origine contrôlée (AOC) and subsequently all other appellation laws throughout the world including our own AVA designations in the U.S.

On the scientific side, Mark Matthews, a professor of viticulture at UC Davis, takes an opposite opinion in his book, “Terroir and Other Myths of Winegrowing” as well as in additional papers he’s published. To paraphrase, it is Dr. Matthews’ opinion (like many others in the scientific community) that if something can’t be measured and proven, it doesn’t exist. In a Wine Spectator online post of April 19 Contributing Editor Matt Kramer went to great lengths in repudiation of Matthews’ position. He stated, “When scientists assert there’s no evidence of terroir, the proof is on the palate.” Kramer also pointed out that Matthews, while sharply critical of terroir’s existence, does not refer to a tasting experience in his writings.

Summing up the wine community’s view, I looked to Michel Chapoutier, (world renowned and highly respected head of M. Chapoutier in France’s Rhone Valley) who has said in support of terroir, “Varietal wines can be the ‘rock music’ that gets people into the subject [but] ‘classical music’ can be provided by wines of terroir.”

Last week, along with friends visiting from the Los Angeles area, we paid a visit to Dutton-Goldfield in Green Valley of the Russian River Valley AVA. Co-proprietor/winemaker Dan Goldfield is celebrating the 20th anniversary of the winery. Dan, has been a true proponent of terroir since its founding and many years before by popularizing single vineyard Chardonnays and Pinot Noirs for other praiseworthy producers.

Dan now makes 12 different Pinot Noirs in addition to a number of Chardonnays, a very Alsatian-styled pair of Pinot Blanc and Gewürztraminer, along with a Zinfandel and a Syrah. The array of vineyards in Dutton-Goldfield’s enviable portfolio stretch from northern Marin (with two vineyards in the Gap’s Crown AVA) in the south to northern Mendocino county in the north.

Each vineyard, hand-selected by Dan, must demonstrate not only the health of the vines and soils but also a cool climate to preserve the grape’s true character and the continuing commitment of the grower. While all the vineyards exhibit these qualities individually, harvest from one to the other can vary in some years by four or five weeks and is greatly influenced by the specific terroir of each site.

During our most informative tasting, hosted by General Manager Valerie Wathen and tasting room host extraordinaire Blake Everett, we sampled four different Pinots from the 2014 vintage, each distinct for its individual personality that demonstrated the character of the vineyard. There were no test tubes or scientific monitors at the table but the reflection of terroir expressing the fingerprint of each wine came through loud and clear. The tasting clearly illustrated how climate, soil, exposure and altitude among other factors combined (in a totally subjective manner) to create individual aromatic, flavor and textural expressions.

Australian wine icon Brian Croser stated in his recent review of “Wine and Place—The Terroir Reader” on the Jancis Robinson website, “Without unique and special environmental triggers there are no ingredients of greatness in the grape and there can be no great wine, despite the employment of the most sophisticated of viticultural and winemaking practice.” It is a long held mantra that a “great” wine can only be made from superb fruit. And that’s where the concept of terroir, combined with the skill of devoted growers and winemakers, rises to its highest level.

What do you think? Can you tell the differences in terroir when tasting different wines? Join us at one of our weekly wine tastings when we sample some of Californias best boutique wines and see for your self! Or if you can’t make it to San Francisco, give me a call at 415-337-4083 and I’ll be happy to help you put together a tasting of your own!