We conducted a Bevan tasting this last Saturday to great approval from the attendees. As a result, there is not much left in stock! Fortunately for you, I’ve got a small amount remaining, so hurry if you want to get your hands on these very coveted wines. Call or email me asap for remaining availability! 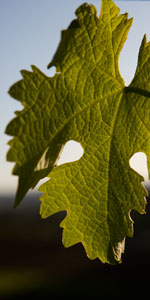 “Composed of 65% Cabernet Sauvignon, 30% Cabernet Franc and 5% Merlot, the 2016 Proprietary Red EE Tench Vineyard reveals a deep garnet-purple color and reticent nose of crushed black and red cherries, mulberries with wafts of dried herbs, lavender and fresh roses plus hints of pencil shavings and tilled soil. Medium to full-bodied, very fine and very fresh in the mouth, it has drop dead gorgeous poise and sophistication with a long, graceful finish that cannot fail to impress.”

Russell’s Notes: “Our EE Red Blend combines Cabernet Sauvignon, Cabernet Franc, and Merlot. It has a higher percentage of Cabernet Sauvignon than ever before making it even livelier than the 2013 EE, a vintage which produced some of our most massive wines. The Cabernet Franc provides an amazing violet quality and the Merlot adds a little extra richness. The result is luxurious, intense dark fruit.

Russell’s notes: “Sugarloaf Mountain Proprietary Red Wine. Wine Advocate has scored the last four vintages of this wine 100, 98+, 100, 99. The 2016 Sugarloaf is better than any of the previous vintages. Drop the mic, walk off. Good night.”

Russell’s Notes: “Ontogeny. Like our EE, this is more Cabernet Sauvignon than ever before. Less mineral, more pure fruit. It also has a layer of richness that the previous Ontogeny wines didn’t have. The fruit profile from the additional Cabernet Sauvignon is blackberry, boysenberry and there is a hint of mocha that really pops on the finish. Deep purple, incredibly seductive. This is as decadent as Ontogeny has ever been.”

The 2015 received a 96 Pt rating: “Composed of 65% Cabernet Sauvignon, 25% Petit Verdot and 10% Cabernet Franc, the 2015 Ontogeny Proprietary Red Wine gives a gorgeous nose of spice box, violets and mocha with a core of crème de cassis, ripe plums and black cherries plus a touch of underbrush. Full-bodied, ripe and expressive, it is beautifully open for business right now with a soft, approachable texture and a long, spicy finish.”

Due to the always limited availability these are available on a first-come, first served basis.