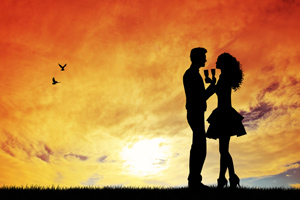 A new study has made a positive link between moderate alcohol consumption and improved fertility in men, compared with those who drink nothing at all, and those who drink to excess.

“As regards low intake, our findings are consistent with other research,” said lead author Dr. Elena Ricci of the Fondazione IRCCS Ca’ Granda Ospedale Maggiore Policlinico. “In Italy, alcohol consumption is common but usually limited to small quantities, and this applies in particular to men referring to our Infertility Clinic. Moderate alcohol intake appears positively associated to semen quality in men. They are counselled to limit but not avoid alcohol.”

While the findings indicated that moderate alcohol intake won’t harm your chances of conceiving, researchers warn against the notion that alcohol could boost your fertility.

The team points to a Danish study from 2014 which found that drinking 40 units, or two pints a day, reduced sperm count by 33%. That research also suggested that even modest alcohol consumption – which it defined as more than five units a week – could reduce sperm quality.

Prof Allan Pacey, from the University of Sheffield, who was not involved in the research, told The Sun: “It’s OK to have a glass of beer or wine with dinner but if you are trying for a baby a night on the lash should be avoided.”

Prof Simon Fishel, from CARE Fertility, added: “I would not use alcohol as a means to try to boost a low sperm count.”

Make sure to visit our site http://ggwc.com and blog http://frankmeliswine.com for plenty of great wine suggestions!