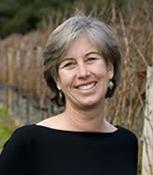 At the recent blind tasting of 2013 Cabernet and Cabernet Blends a Celia Welch made wine wowed the crowd.  My group of 12 “tasting judges” tasted the following 10 wines:

The 2013 Keever offers up stunning aromas of dark purple berries, chocolate, spice, toasted hazelnuts and wild anise that waft from the glass when one swirls this ripe, lush, succulent, complex Bordeaux-style blend.  The wine is a blend of 87% Cabernet Sauvignon, 11% Merlot and 2% Malbec.

Click here or on the links above to order.