After a delay due to the North Bay wildfires, Michelin on Wednesday announced its star selections for the 2018 Michelin Guide San Francisco Bay Area & Wine Country, with 11 restaurants in Wine Country snagging a total of 16 stars.

For the North Bay, the biggest winner was newcomer Single Thread in Healdsburg, which was one of seven restaurants to snag two stars. The high-end restaurant, opened by chef Kyle Connaughton in early December, 2016, offers a prix fixe tasting menu inspired by Japan kaiseki dining and Sonoma farm-to-table cuisine.

Both The French Laundry in Yountville and The Restaurant at Meadowood in St. Helena maintained their coveted three-star status. Among the five other three-star restaurants, the only newcomer was Coi of San Francisco, a quirky, fine dining restaurant in North Beach run by Chef Matthew Kirkley.

There were eight Wine Country restaurants that garnered one star. This year’s newcomer was the authentic Japanese restaurant Kenzo of Napa, opened in November 2016 by Kenzo Estate owners Kenzo and Natsuko Tsujimoto. Solbar, located at the Solage Resort in Calistoga, lost its one-star status.

The 2018 Michelin Guide encompasses the North, South and East Bay as well as San Francisco. This year’s 67 Bib Gourmand winners, awarded to restaurants offering high-quality food and good value, were announced earlier this month. Nine of the 67 Bib Gourmand restaurants were in Sonoma County, and six were in the Napa Valley. 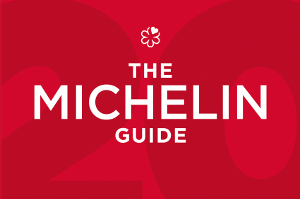 If you have been so fortunate to have dined recently at one of these fine establishments, or even if you haven’t yet, Golden Gate Wine Cellars carries many of the best local wines that are found on most of their wine lists! We can have a case shipped out to your home to make the experience last even longer! Be sure to give us a call at 415-337-4083 or email frank@goldengatewinecellars.com if you need any personal recommendations.