Few places in California have welcomed visitors longer than Monterey County, home to one of the four presidios that Spanish colonists established on the West Coast in the late 1700s. Over the centuries, fishing, farming and tourism have thrived here. It’s also one of the best places on the planet to grow wine grapes.

The city of Monterey is ground zero for visitors. Thanks to author John Steinbeck, Cannery Row became the geographic heart of California’s literary landscape. Today, this waterfront strip is better known for the Monterey Bay Aquarium, a vanguard of modern marine science.

Just to the south, surrounding the golf haven of Pebble Beach and its craggy, cypress-lined coastline, the quaint communities of Pacific Grove and Carmel-by-the-Sea offer art galleries, tasting rooms and bistros that clamor for the attention of passers-by. North of Monterey, the sprawling former Fort Ord Army Base has become home to California State University-Monterey Bay. The nearby town of Marina offers urban wineries and a cultural scene on the rise.

Escape the fog and head inland toward the famed racetrack of Laguna Seca or into the Carmel Valley, a long, dramatic canyon filled with equestrian estates and steep vineyards. All-inclusive resorts abound, as does a buzzing strip of eateries and side-by-side tasting rooms.

Most of region’s wine comes from the Salinas Valley. The chilly Monterey Bay tempers the heat of the Santa Lucia Highlands, Chalone and Arroyo Seco appellations, where Pinot Noir, Chardonnay and other varieties thrive. 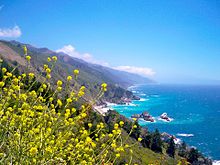 Finally, there’s Big Sur, that wild, wonderful stretch of coastline where condors soar and redwood-studded mountains rise high above Highway 1. It merits an entire weekend itself, if not more.

The best examples from this area are for sure: Pisoni, Lucia, Wrath, Camino, Capiaux, Roar, Cattleya, to name a few  – We have a limited amount of these wineries currently in stock.

Click here or on any of the links above to order!