Skip to content
Almost 15 years ago Scott Palazzo was asked by Thomas Keller, “Chef Extraordinaire” and owner of French Laundry and Per Se restaurants to craft a Cab Franc exclusively for him!  That resulted in amazing exposure for this small winery and the rest-as-they-say-is-history. 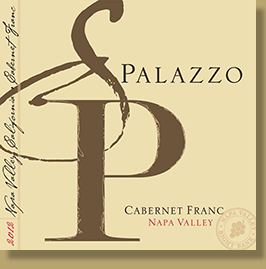 This 2013 Cab Franc release might be the best wine ever produced by Scott Palazzo! This Right-bank oriented blend which is a favorite of many top wine lists around the country like French Laundry, Per Se, Gary Danko, Delmonico, Del Frisco, Daniel and many others. I have been a fan from day one, and this 2013  release showcases what I have preached for years – the small guys/girls are any bit as good, if not better than the big ones!

Robert Parker 97+ Points: “Another of the profound Cabernet Francs from Scott Palazzo, and to me, one of the two best he has made to date (the other being the 2007) is the 2013 Cabernet Franc. When I tasted it, it had only been in bottle about five weeks, but it was locked and loaded. Dense purple, with notes of forest floor, incense, violets, black cherries and black raspberries, some foresty notes are also present. The wine is full-bodied, opulent, with great acidity, vigor and delineation. This is a sensational example of Cabernet Franc and certainly one of the finest 100% Cabernet Franc cuvées money can buy from California. Drink it over the next 15-20 years.”

Make sure to check out Scott Palazzo’s HIGHLY rated and equally stunning, Cuvee Blanc as well!