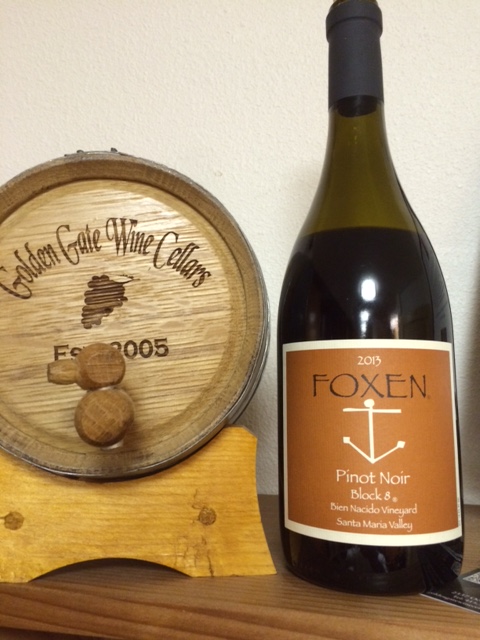 Life has come full circle for Dick Doré. Born and raised on the family-owned Rancho Tinaquaic, this sixth generation Santa Barbara resident returned to his roots in 1985 by establishing Foxen with long-time friend, Bill Wathen. After working as a banker in the 60 & 70’s he gave up his nine-to-five job and moved his young family to Europe. Over the two years, Dick traveled the back roads where he developed a love of wine.  He returned to Rancho Tinaquaic, which was purchased by his great-great grandfather and Santa Barbara County pioneer Benjamin Foxen in 1837 in the late seventies. At that time Santa Barbara County wine industry was just emerging. With his passion for great wines firmly established, he initially worked to support his family, which included working for the Tepusquet Mesa Vineyard.

Robert Parker 95 Points: “An incredible, profound Pinot Noir, Foxen’s 2013 Pinot Noir Bien Nacido Vineyard Block 8 was completely destemmed and aged 17 months in 50% new French oak. Its deep ruby color is followed by sensational notes of sweet cherries, black raspberries, crushed flowers and a touch of licorice. Medium to full-bodied, layered and multi-dimensional, with seamless texture, this is California Pinot Noir at its finest. Drink it any time over the coming 7-8 years.”