The 2019 vintage is probably one of the best, if not “THE” best ever, potentially better than the amazing 2018!  Astonishing quality, but as always very small quantities. I am very excited about Paul Lato’s ever-expanding portfolio! As always, Paul’s wines are first-come, first served.

A little bit of info about the winemaker: 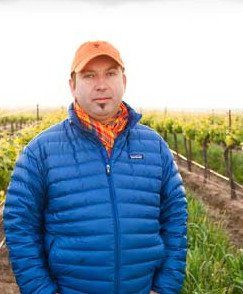 Paul Lato was born in Poland. He worked as a certified Sommelier in one of Toronto’s most exclusive restaurants and visited California for the first time in the early 1990s. Jim Clendenen (owner of ABC winery & Clendenen wines) told Paul to just pack up and move here, and he would show him the ropes – a decade later he did make the move and took a job at Bien Nacido vineyards for just $10.00 per hour, he did get free “lodging” at the bunkhouse in the vineyard. The Bien Nacido owner pushed Paul to make his own wine. With some tutoring (he observed the best in the business for some years, asked a lot of questions and experimented a lot) he made his first wines and by chance met Robert Parker. Parker asked him if “he” was the Polish Sommelier that makes wine and said that he wanted to taste it. Parker told him that he would tell him immediately if the wine was the real McCoy or …. (slang for excrement) Parker was blown away and gave Paul Lato a rave review. From then on, Paul’s new career was born.

I met Paul in 2002 and have been a big fan since day one, and could say that we have become good friends along the way. Paul Lato is also the winemaker for my Melis Family wines.

During checkout use code LATO10 to receive 10% OFF