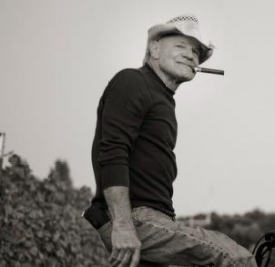 John Caldwell grew up in Napa into a family that ran a shoe business. John eventually turned one business into many more.  Living in Napa and making money, he purchased 54 acres of land and had plans to develop some homes.  Unfortunately, that backfired and now he was “stuck” with 54 acres of dirt.  He had been on trips to France, and one thing led to another that he was going to start a vineyard.  On one of his trips, he decided that the only way to get vines from France was to smuggle them into the country.  With the help of some friends in New York and Canada, he started to bring in vines from Haut Brion.  Unfortunately on his last of 5 trips, he got caught by customs agents.  They wound up confiscating his last load, but John got lucky that via a lawyer friend he was released with a warning and a fine.  His 4300 vines were in a barn in Napa and that started the success story that Caldwell Vineyard would become years later.

In the mid-late 90’s I met John and we tasted through some barrels, when he said, you know this is not “Rocket Science”!  At that time, Philippe Melka was his winemaker, and the next day Melka asked him what that “blend” was all about that he made the day before.  That said, John created “Rocket Science” under my eyes and a new brand was born. So many years later, I am still a big fan of this wine and his first retail account! 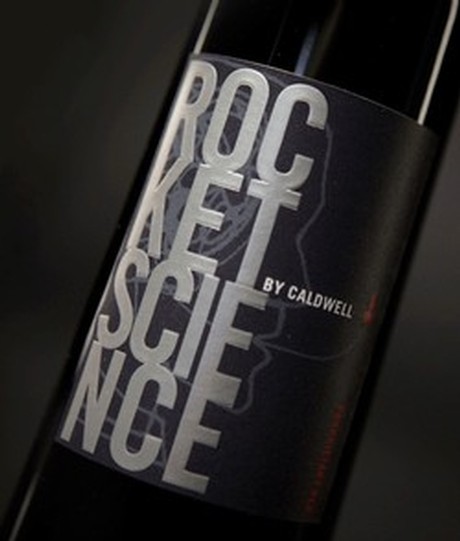 A voluptuous nose is dominated by black raspberry, black currant, ripe blueberries, black olive, cassis, clove, and white pepper. A raspberry attack leads into a full, juicy mouth of ripe plum and cherry. The structured cocoa tannins give way to a long finish of chocolate-covered strawberries.

Winemaker’s Notes: “The only sure way to know you’ve got a supernova in your sights is to do a diagnostic… fragrant spices, explosive fruit, finish like a long-tail comet… check. This high-octane vintage draws you in with inviting aromas of raspberry, plum, anise, and rose petals lighting up the red spectrum. Cocoa, leather, and fresh black tea fill in the darker side. Fluid dynamics take over with a full-throttle cherry attack. Mellow, sweet tannins carry the day while this wine’s long, pomegranate finish streaks across the sky with nothing to stop it but another sip.”

Click here or on the links above to order!
Call 415-337-4083 or email frank@goldengatewinecellars.com for availability and priority allocation.