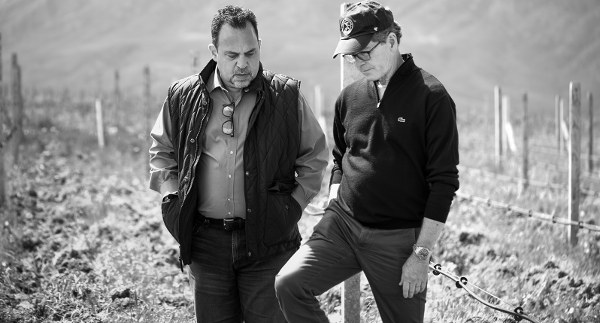 Terroir is often spoken about as if it’s a fixed construct; unmovable, definitive. It’s as if the terroir of Burgundy, for example, lives off in an ethereal realm, elusive yet sacrosanct; something to represent and uphold at all costs. Carrying this example even further, what defines the terroir of Burgundy’s most coveted sites, after all? Standing on the hillsides there, observing those storied sites, one comes to understand that many of them came into existence not because of their ephemeral terroir, but as the result of man-made choices bound by history, logistics and practicalities.

A king on his dying bed makes an overture of generosity towards a cloister of monks, leaving an inheritance of land, to better secure a place in Heaven, perhaps. Numerous sought-after sites are curiously close to cloisters where the monks needed to rest their weary bodies at night; a practical choice.

Were those monks hundreds of years ago consciously toiling to preserve the terroir of a site, as so many critics and collectors compel winemakers to do today? Certainly not, for that concept did not yet exist. Their approach was more primitive, more sensual. They were striving to create something pleasant, something beautiful.

It is at this crucial intersection that Nature and Nurture convene.

In my tenth grade Biology class, I recall having an uplifting, hopeful moment when I learned that we while 50% of us is already pre-programmed, if you will, by our DNA, the other 50% is a result of our environment. As a young man eager to forge his own path, that was positively heartening.

Given the fruit of the same special site, 10 winemakers will produce 10 different wines. Intentionality, creative choices, experience, taking risks, the spirit of innovation; all of these variants come to bear upon a singular, finished wine.

Can innovation and creativity exist if they constantly run up against the fixed construct of terroir? Henri Jayer said ‘no stems’. He was adamant on this point and it’s a debate that rages to this day. Does batonnage obscure site? These and other lively discussions remain prevalent today among Burgundians, and that is a good thing. Would that we could allow them this luxury; to innovate and create; to leave their own personal imprimatur upon a site without risking criticisms (from the trade and media alike) that their unique creative excursions betray terroir.

If Burgundy were to disappear tomorrow and they had to start all over again, with no history, no presumptions or hierarchies of greatness, would the re-creation of Burgundy look exactly the same way as it does now?

What would the wines of Burgundy be today if those monks toiling hundreds of years ago were not allowed to innovate? We are quick to applaud a winemaker who hardly intervenes and who adheres to ancient practices. If there is delicacy in their operations, surely we cannot fault winemakers worldwide for evolving. For being transformative.

To experience the variance of terroir and the incredible creativity of Napa’s greatest winemakers for yourself, be sure to join us at one of our weekly wine tastings! Or visit http://GoldenGateWineCellars.com to grab a case to try at home! Feel free to give me a call at 415-337-4083 for suggestions on a mixed case for your next gathering or personal collection!